Dominick, son of Rey Mysterio was highly involved in the heated feud between the Rey Mysterio and Seth Rollins, which has created a buzz lately. Mysterio was defeated after his eye was taken out of the socket(kayfabe) by Seth Rollins in “an eye for an eye match” at “The Horror Show at Extreme Rules” pay-per-view. Reports say that, Rey’s contract has expired with the WWE and hasn’t renewed yet, therefore, he was taken out of action.

Dominick was seen first in action for few moments when he hit a low blow and a 619 on Brock Lesnar during the match between Mysterio and Lesnar. But he is yet to make an official in-ring debut.

On the 27th July edition of Monday Night Raw, Seth Rollins called out Dominick. Later on, he went on to attack him with his disciple, Murphy. This could prove to be a build up to Summerslam which is round the corner.

Here are some potential reasons he could make a debut at the “Biggest Pay-per-view of the Summer”.

1.Special event for the Mysterios :

Back in 2005, Mysterio had a feud with his real life friend,late Eddie Guerrero. They had ladder match for Dominick’s custody(kayfabe).

The briefcase was suspended above the ring that contained legal documents that Mysterio retrieved,to win the match and secure the custody of his child,Dominick,who was 7 years old back then.

Dominick has grown up to be big man now with height 6″2 and weighing 192 pounds. As this is one of the most memorable days in the career of Mysterio,he would surely want to add up another reason for making it memorable for him and his son.

Summerslam is considered as the biggest show after WrestleMania. We would potentially be having a high action packed match card on our hands. Speaking of which, the debut of Dominick(maybe with his father,Rey Mysterio) in his corner would be a treat for the eyes. We don’t know how he’s going to perform in a full match but we had got some glimpse of the youngster in the ring.

It can be surely said he has inherited some great moves from his father and high flying maneuvers that run in the blood of the Mysterios’. Moreover,his height and power would an added bonus.

3.The foundation of Dominick’s career

Dominick’s in-ring debut with Rey in a tag team bout would be a kickstart to his career. But it is tough to say whether Rey would recover at Summerslam .

People has sights set on Dominick ever since he had shown some peeks of his in-ring abilities. Expectations from the WWE Universe are sky high to see Dominick perform in the ring. So, making the debut at a major platform would be a great way to begin his journey in WWE.

4. Potential opponents for the match :

In a recent appearance on GalaxyCon’s Rock Around The Ring, Mysterio named a few current stars for the job, with Andrade, Angel Garza and Cesaro being his top picks at this moment in time. He mentioned,

As of now, if this storyline is followed Dominick is likely to face Murphy for his debut but there are high chances that he could face Seth Rollins himself.

We could see him in a tag team match as well,or who knows in a singles competition too for his debut.

Now, we have to wait and see how WWE builds up to his debut. Whatever be the upcoming plans, the future of heir to the 619 looks bright.

Could we see Dominick face “The Monday Night Messiah” in a one-on-one match at Summerslam? 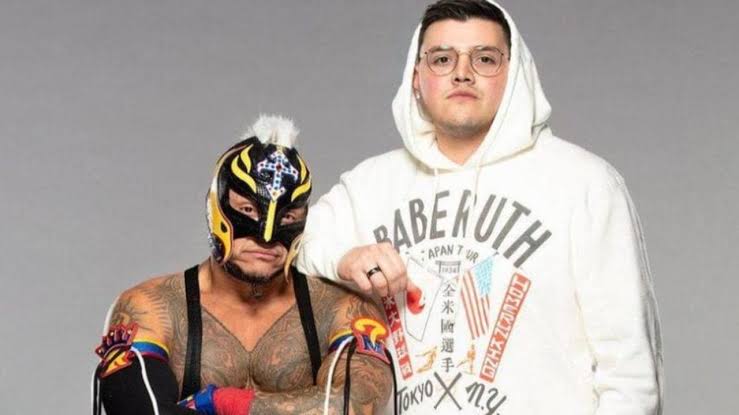