Skip to content
You are here
Home > Darts > Double Hattrick or Six-peat? 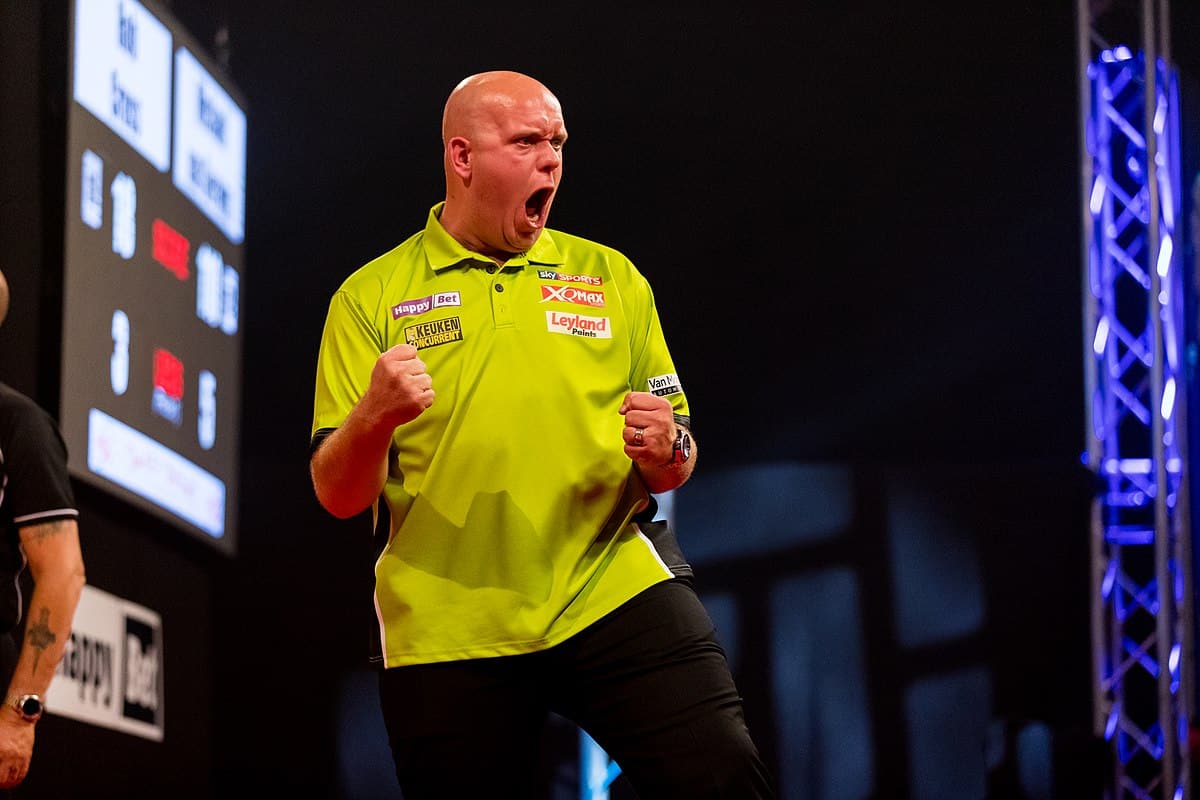 Michael van Gerwyn is bidding for his sixth consecutive title when the PDC Masters gets underway in Milton Keynes next weekend.

This is the eighth edition of the non-ranking event which showcases the top sixteen players in the world according to the PDC Order of Merit.

The event first took place in 2013 when Phil Taylor took the inaugural title, demolishing Adrian Lewis 10-1 in the final. That was Taylor’s one and only final appearance as he went on to be knocked out in the earlier stages the next four years. James Wade won the event in 2014 beating Mervyn King 11-10 to win the title in the first of his two final appearances. However, since 2015 there has only been one name on the trophy.

World number one Michael van Gerwyn has dominated the event since, winning five consecutive titles and bagging himself a cool £200,000 each time.

As the only player never to have featured in the event before, current world number eight Nathan Aspinall is the only debutant. The twenty-eight year olds rise through the rankings since his Q-school success in 2015 has been well documented and he has since appeared in two PDC televised finals, winning both the US Masters and his debut major title in the UK Open. He has also landed himself in the easier half of the draw, on paper!

The draw is decided based on current ranking, where the number one is seeded first and opens his account against the lowest ranked player (number sixteen).

In recent years the five time champion, van Gerwyn, could enter any event with the utmost confidence of victory based on his almost untouchable average and ability to intimidate even the best players to have toed the oché. However the Green Machine will find the task much more difficult this year as the chasing pack has closed significantly on his form.

As it stands the players occupying the second and third places in the order of merit have taken two of the last three top events, with Snakebite Peter Wright capturing his first World Championship, and Iceman Gerwyn Price winning the Grand Slam. Mighty Mike did take the Players Championship in between those events but will not be used to losing on the big stage. Thankfully for Michael, both of those players are in the bottom half and cannot face him until the final.

Both Michael van Gerwyn and Nathan Aspinal faced each other in the semi final stages of the World Championships over Christmas. The other six players in their half were knocked out before the quarter finals. These two will both fancy their chances of making the final, providing they can get the best of the other in the quarter final stages. World numbers four and five, Rob Cross and Michael Smith, have lost their way in recent events and will be hoping that the hours spent on the practice board throughout January will pay off when they enter the tournament.

A much more open looking draw contains several title winning players from last year, not least of all The Flying Scotsman, Gary Anderson. He missed out on the 2019 premier league due to a back injury that seems to have continued to plague his performances. Despite some truly remarkable matches, he has been far from consistent. He is however, a two time world champion and will certainly be a force to be reckoned with at this years Masters. Paired in the same half as Wright, Price and Anderson, are the enigmatic Darryl Gurney, who has the talent to win titles but appears not to have mastered the mental aspects of the game, and Dave Chisnall. Chizzy slid from form and favour after a woeful performance in the 2016 premier league and spent a few years trying to piece together his game again. This form appears to have turned a corner as the latter stages of the 2019 season saw some excellent performances, including quarter final appearances in the European and World Championships, and a runners up place in the Grand Prix.

This years event promises to be spectacular. Can the Mighty Michael van Gerwyn make it a six-peat of Masters titles, will James Wade return to his best and recapture the crown, or are we going to see a brand new name etched into Masters history.