Dustin Poirier pulled out of UFC 230 with an undisclosed injury. The bout had been scheduled for a newly created 165 pound weight class, another reason to give Conor McGregor a title shot.  The fight between Diaz and Poirier had no title implications:

Nate Diaz gave Poirier a good ribbing for pulling out of the fight. Diaz’s history for coming into fights with little prep time or nagging injuries gave him opportunity for these comments.

No fighter goes into a fight without at least a minor injury from training camp, but the injury to Poirier’s hip makes it hard to move effectively. The nature of Poirier’s injury meant little to Diaz.

Poirier returned in kind with a cutting reply to the insult.

If anyone knows about losing the war it's you… you've lost half of them that you been in. https://t.co/ovrDu6JkVF

Not one for the trash talk but the comeback deserved a mention.

Little by little information on the nature of Poirier’s injury came from his Twitter account. With an injury to his hip things like grappling and kicking are hindered greatly.

I injured my hip. https://t.co/UeBe5cGquq

The details and extent of the injury had yet to be revealed to him and early prognoses looked grim. Surgery and a lenghty layoff and rehab period seemed to be the outcome.

A Sigh of Relief for Fans Everywhere

Poirier does not have to have surgery thanks to stem cell treatment funded by the UFC.

Stem cells use cells from other parts of the body or from placentas to restore damaged cells. Athletes such as Christiano Ronaldo, Conor McGregor, Rafael Nadal, and even UFC commentator Joe Rogan have had the stem cell therapy injections.

More about this treatment has been discussed on the Joe Rogan Experience:

So here's what's up for everybody asking

I do not have to have surgery!! I'm going to stay in LA and get stem cell injections in my hip on Monday. From that point I will have a 3 week recovery. After that I will be able to go back to training 100%.

Poirier’s goal is still a championship belt going forward. Could he challenge for a 165 pound belt?

Nate Diaz may not return but their back and forth over Twitter may be enough to market a fight. With the right stakes and the right number of zeroes on his paycheck Diaz could come back to fight.

Khabib Nurmagomedov cuts an awful lot of weight to make the 155 pound limit perhaps he would like to make a go at Champ Champ status too. He may stay and defend at 155 first so this fight would happen a little further down the road.

He could fight the “Notorious” Conor McGregor at a new 165 weight class. Poirier and McGregor last fought in 2014 and Poirier lost by knockout in the first round. He has improved since there last meeting and could give McGregor all he could handle, if we get the fighter we seen in the Khabib fight this could be a easy win for Poirier.

McGregor has already expressed interest in fighting for the 165 pound belt against Nate Diaz:

I would like to thank the @ufc for being patient with me and getting things done. Setting up all these appointments. Flying me out to specialists for second opinions and making this process go smoothly.

I am really looking forward to coming back pain free! #strapseason

Whatever happens Poirier has many lucrative paths to take upon his return to competition. Three fights with three draws sets up an exciting 2019 for the Diamond. 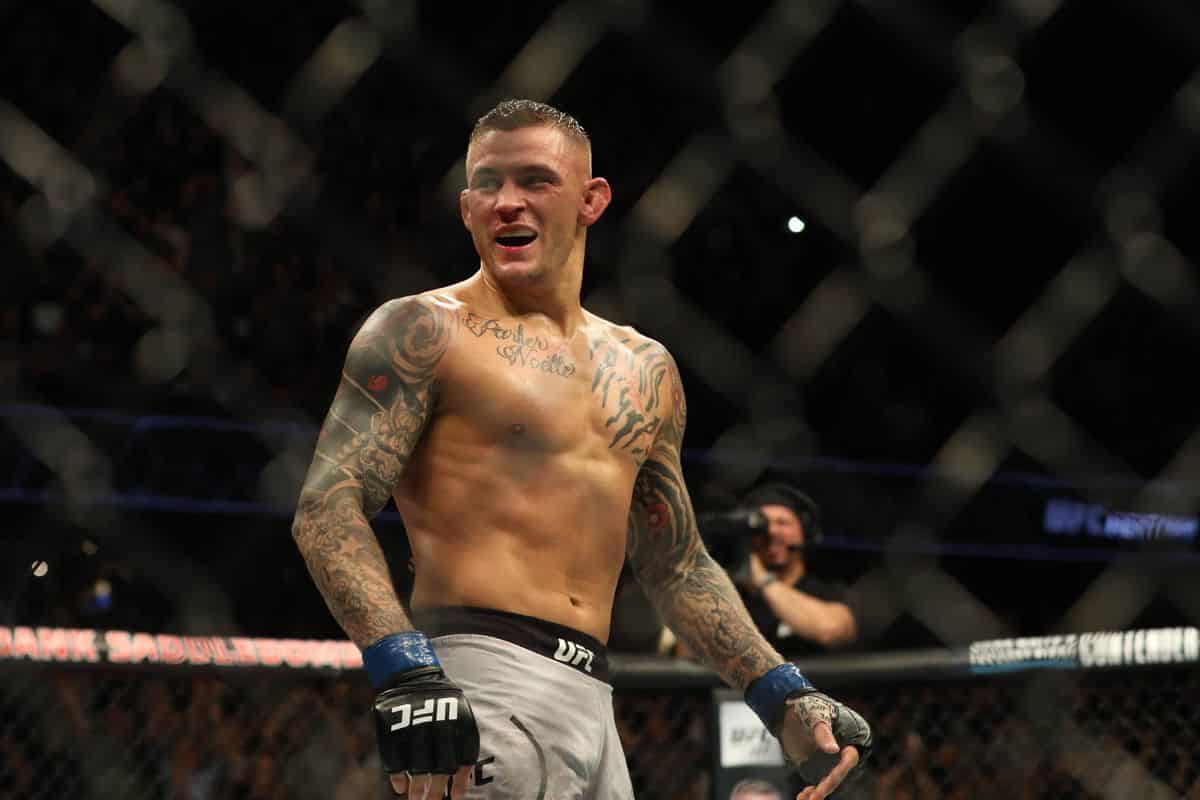