Why will Otto not shoot?

During the offseason, one of the biggest questions was about Otto Porter. Why does he not shoot? What is his role in the offense? Does he even fit in with what the team is doing? Coach Scott Brooks even wants the media to ask Otto these questions more often. “Ask him questions about that every time: ‘Otto, why don’t you shoot?’ He needs to shoot the ball. He passes up three or four shots a game”, Brooks said during Media Day.

Porter had zero attempts from beyond the arc during Thursday night’s loss to the Miami Heat. He scored nine points, going 3-of-7 from the field and 3-of-4 from the free-throw line. However, could this be a John Wall thing? Advanced stats show that John Wall had only given the ball to Otto on 9% of his passes. To add to that, Otto only had about 3-4 open looks on Thursday, leaving many fans wondering if it’s the coaching scheme, or the fact that John Wall does not have much trust in Otto.

How good is Toronto and their new tandem?

The tandem is excellent. It certainly looks a lot better than the Lowry/DeRozan tandem and that backcourt helped the Raptors to the number 1 seed last season as well as a second-round playoff berth. However, during the offseason, Kawhi Leonard came in and Demar DeRozan went out. This has not really affected Toronto as in their season opener, Lowry went off for 27 points and 8 assists while Kawhi followed suit with an impressive 24 points and 13 rebounds. Looks like they’re not having trouble meshing, so the Wizards need to be ready defensively.

Although the Wizards didn’t come out with a win in their first game, the work and energy Wall put forward translated into leading his team in scoring with 26 points. Wall’s visible aggressiveness kept his team’s momentum high and anyone watching can just tell he has a fire under him. His explosiveness is showing Wizards fans that the old John Wall is back, he is no longer being held back from an injury and he does not plan on settling for anything less than his best. A few weeks ago, the veteran point guard said “I think for me to have a heck of a career—if I don’t win a championship, I feel like my career was a failure. So that’s my ultimate goal.”

To summarize, John Wall is on for an MVP season and he knows it. 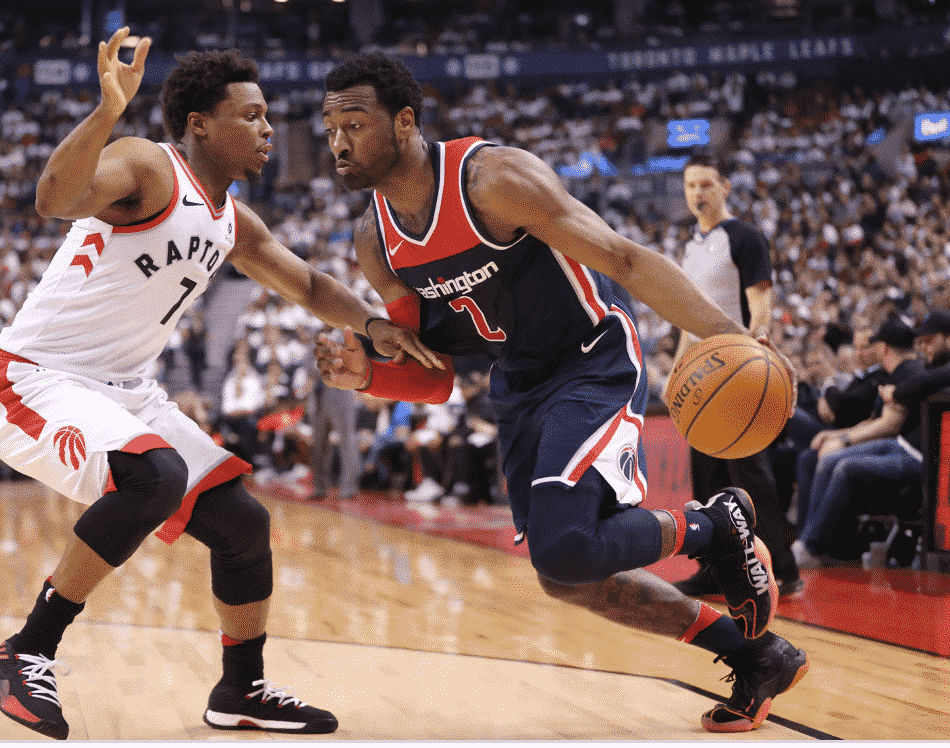