Philadelphia Eagles center Jason Kelce has officially confirmed he will not be retiring this season.

There had been a number of rumors surrounding the future of the 34-year-olds career with many fans believing the veteran center would be hanging up his boots at the end of the season.

Kelce was a guest host on 94WIP Tuesday and took a lot of questions about his future with the team and said that he wasn’t ready to announce his plans for the 2022 season but sounded like someone who would be on the field come the fall.

But Kelce officially confirmed he would be returning to the Eagles in a video.

“Got a lot of questions on the air yesterday about my future,” Kelce said in the video. “So I decided I’d clear it up right now. Unfortunately, I’ve decided to announce that I’m retiring from hosting WIP. But I’m definitely not retiring from playing for the Philadelphia Eagles. I’m having way too much fun doing that. Looking forward to another year, Philadelphia. To all my teammates, let’s go dominate.”

The video began with the 34-year-old pouring a beer from a large keg that had been bought for him by Eagles head coach Nick Sirianni in an effort to get the center to stay.

Kelce has spent his entire career in the Eagle o-line since being drafted by Philadelphia in the 2011 draft with the 191st pick. He has played a pivotal role in the team, starting in every regular-season game in all but two of his 11 NFL seasons.

During his 11 years, he has been to five Pro Bowls, had four first-team All-Pro selections, and helped guide Philadelphia to victory in Super Bowl LII. In addition to this, Kelce has been a key figure and mentor to his peers and helped the Eagles o-line win the 2017 Built Ford Tough Offensive Line of the Year award.

Kelce is under contract for a base salary of $1.5 million and has a cap number of just under $6.5 million. The 2022 season will be his 12th with the Eagles. 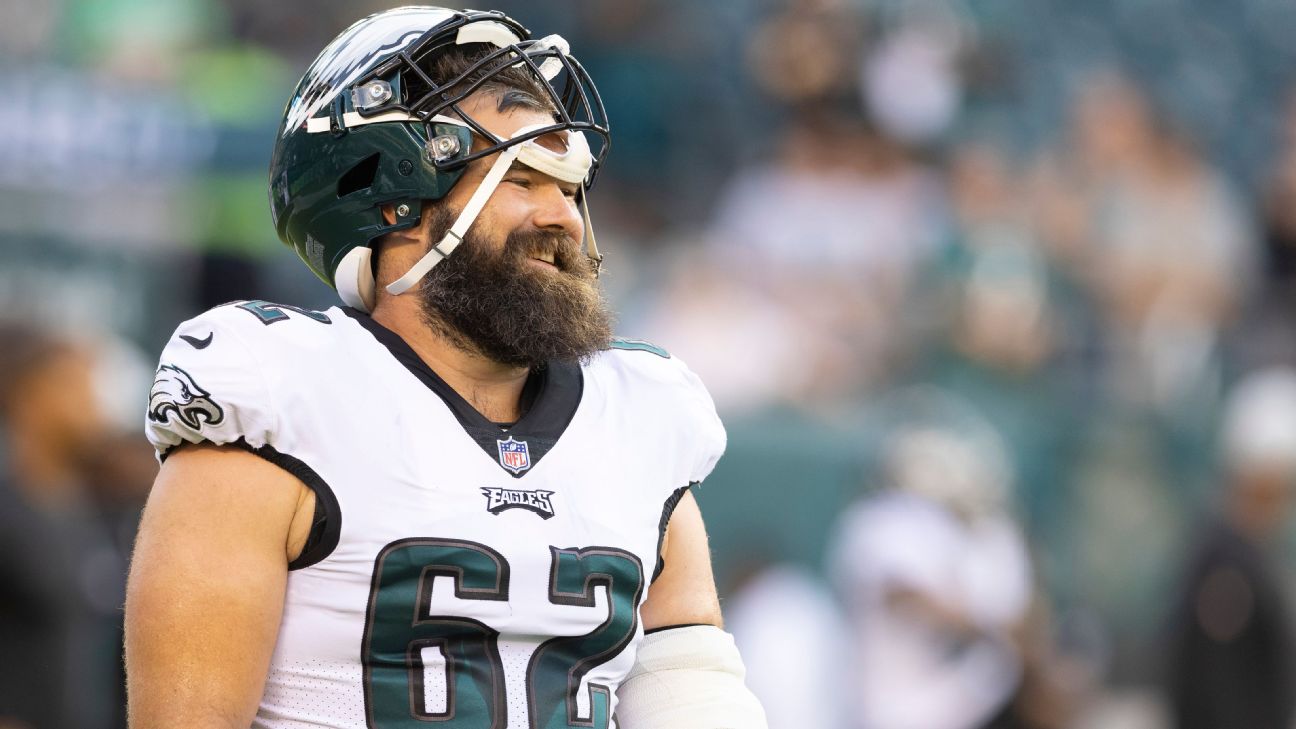