The Chicago Bears are finalizing a trade that will send franchise player Khalil Mack to the Los Angeles Chargers.

In exchange, the Chargers are expected to give up very little as they are expected to send a 2022 second-round draft pick and a 2023 sixth-rounder to the Bears in return for the 31-year-old Mack.

The former defensive player of the year will be moving to his third team after being drafted by the Raiders with the 5th pick in the 2014 draft before being traded to the Bears in 2018.

Without a doubt, Khalil Mack is one of the best defensive players in the NFL at the moment. He had made 3 First Team All-Pro Selections and went to 6 straight Pro Bowls as well as winning the 2016 NFL Defensive Player of the Year.

When Mack joined the Bears in 2018 it seemed like a stellar singing. In that first season with Chicago, Mack finished with 12.5 sacks and in second place in the Defensive Player of the Year vote. However, it was the only double-digit-sack season he had in Chicago; he had six in 2021, but they came in seven games, as he had season-ending foot surgery in November.

For the Chargers this seems like a superb deal. They were in need of help along the defensive line as they finished 30th in rushing defense in 2021, allowing 138.9 yards per game, and allowed the highest conversion rate on third down in the NFL at 69%.

But with a pairing of four-time Pro Bowler Joey Bosa and now Khaleel Mack, the Chargers could have one of the best rushing defenses in the league. But this all relies on his health. Mack has suffered a number of injuries throughout his career and there is no guarantee that he will be able to recover his early form.

ALSO READ:  Kevin O’Connell Has High Expectations for the Vikings in the Next Season
Embed from Getty Images

I feel like Bears fans will have very mixed opinions regarding this trade. On one side the franchise has just lost arguably their best player for only two picks. But on the other side they have just traded a 31-year-old Mack coming off a season-ending injury, and due a whopping $84.9 million over the next three years. So instead of taking a risk regarding his performances, the new front office thought to look towards the future of the team instead of with their newly acquired draft capital. 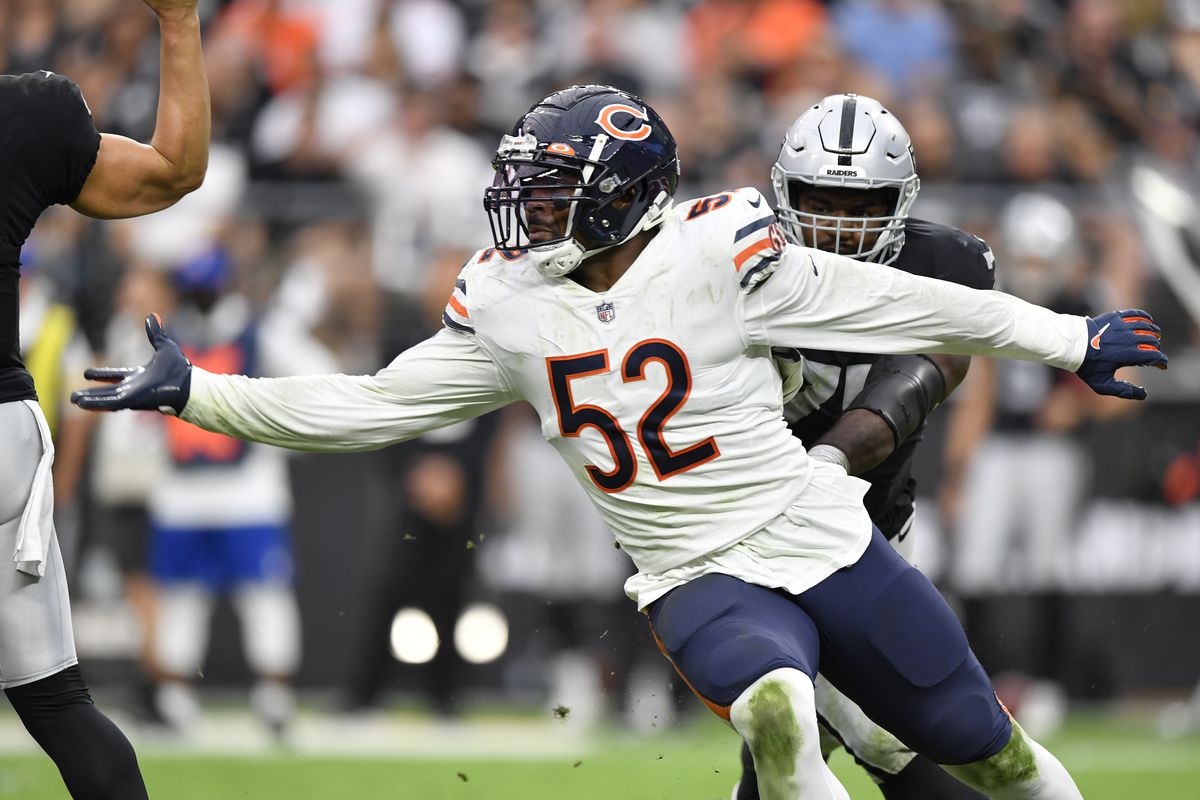