The Miami Heat and the Boston Celtics are set to clash for the second time in the Eastern Conference Finals. The path for both teams reaching this stage in the playoffs are very different. Miami has blazed through the postseason, having swept the Indiana Pacers in the first round and knocking off the number one seed in the East in the Milwaukee Bucks in five games.

The Boston Celtics also dominated in the first round when they swept the Brooklyn Nets, but was in an intense seven game series against the Toronto Raptors, which provided a double overtime classic in Game 6. Here are my predictions and breakdowns on which team will make it to the NBA Finals.

Point Guard: Goran Dragic vs. Kemba Walker
The matchup between Goran Dragic and Kemba Walker will be one of high scoring and high intensity on both ends of the court. In the playoffs, Dragic averages 21.1 points and 4.7 assists per game, while Walker averages 19.6 points and 5.3 rebounds per game.

Considering that these two all-star caliber players always command control of the ball, their matchup is going to be one of the focal points in the series. While both players excel at the highest level in the regular season, Dragic has the more playoff experience of the two.
Advantage: Miami

Shooting Guard: Duncan Robinson vs. Marcus Smart
It’s no secret that Duncan Robinson is one of the elite three-point shooters in the NBA, knocking down 44.6 percent from behind the arc. Marcus Smart, on the other hand, plays with a hard-nosed intensity similar to Russell Westbrook and Jimmy Butler.

Robinson averages 10.6 points per game during the playoffs, while Smart makes 13.1 points and 5.5 rebounds per game. While Robinson continues to evolve his game beyond the three-point line, he will have to contend with Smart’s aggressiveness and penchant for being a roughhouse on the court.
Advantage: Boston

Small Forward: Jimmy Butler vs. Jaylen Brown
When Jimmy Butler joined the Heat, many believed that he was throwing his career away, but lo and behold, the Heat have been proving everybody wrong, especially when they were considered underdogs at the start of the playoffs. Jaylen Brown continues to be a difference maker for the Celtics, providing some offense and pesky defense.

During the postseason, Butler averages 21.8 points and 5.6 rebounds per game, while Brown averages 21.0 points and 7.6 rebounds per game. Butler continues to be a force to be reckoned with, especially when he takes over the game in the final moments, but how will Brown respond to it, given how much he and the Celtics have endured during their series against Toronto. One will have to find out.
Advantage: Miami

Power Forward: Jae Crowder vs. Jayson Tatum
Since the start of the NBA’s restart season, Jae Crowder has stepped up in the starter role for Miami has proven dividends for them. Crowder’s toughness has been instrumental for the Heat, but that will all be tested against Jayson Tatum. Tatum has been the focal point for Boston’s offense. Already an all-star, he has proven to be a high-caliber and reliable player.

Crowder averages 12.8 points and 6.2 rebounds per game during the postseason, while Tatum averages 25.3 points and 10.1 rebounds. Between Crowder’s toughness and Tatum’s resiliency, this power forward matchup will test the wills of both athletes and their desires to push further in the postseason.
Advantage: Boston

Center: Bam Adebayo vs. Daniel Theis
Bam Adebayo has been on fire throughout the season. Adebayo became an all-star and was selected to the NBA All-Defensive second team. Daniel Theis, on the other hand, is looking to make a name for himself during the playoffs.

Adebayo averages 16.2 points and 11.7 rebounds per game in the playoffs, while Theis averages 9.5 points and 6.6 rebounds per game. Adebayo and Theis is a matchup that is definitely going to be a battle inside the paint, but given the efficiency between the two, Bam may emerge on top, especially when he still has something to prove, according to Hot Hot Hoops.
Advantage: Miami

Bench:
Miami has one of the more solid benches in the league. With a mix of young players in Kendrick Nunn, Tyler Herro, and Derrick Jones Jr., to reliable veterans like Andre Iguodala and Kelly Olynyk, the Heat’s bench has depth, toughness, and Udonis Haslem coaching them. Boston’s bench consists of key players like Semi Ojeleye, Brad Wanamaker, Romeo Langford, and Enes Kanter. Perhaps the one thing that could boost Boston’s bench, if not altogether, is the return of Gordon Hayward. Hayward hasn’t played during the postseason, but his much needed production could come in handy for the Celtics. Should Hayward return, it will be a game changer, but until then, Miami’s bench will bring a lot of game.

Coach:
Erik Spoelstra has been nothing short of astonishing in his coaching of the Heat throughout the postseason, despite going 3-5 in the restart season. The same can be said for Celtics’ coach Brad Stevens. With the Celtics going 5-3 in the restart season and looking to get back to the Finals since 2010, Stevens has been doing an excellent job with his players. Though Stevens has been in the Eastern Conference finals before, going back to 2018, Spoelstra has been there longer, having led Miami to four consecutive appearances, each time taking them to the grand stage. This will play out like a chess game between two veterans, but there will be a checkmate or two that will set the tone.
Advantage: Miami

The Heat and the Celtics are no stranger to each other in the postseason, and another chapter of their rivalry will be written once more. In the regular season, Boston won their three-game series against Miami, but in the historical context of the postseason, the Heat have won 2 of the 3 meetings between them. Given Miami’s pace in the playoffs, they could be on track to reach the NBA Finals, but look for Boston to cause some rifts in key moments between the series. 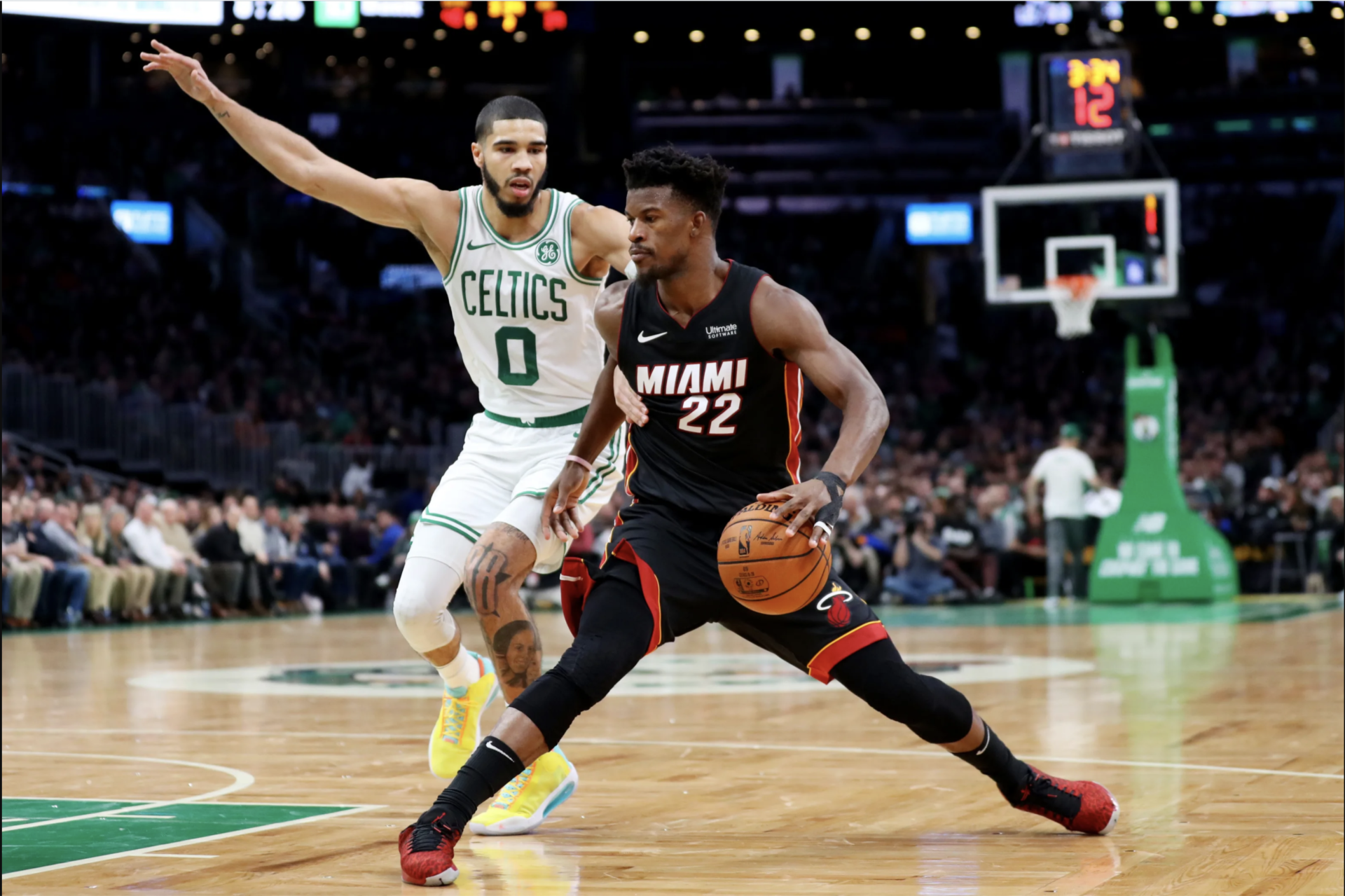