While Juventus are hoping to secure the services of Barcelona striker Luis Suarez, a whole host of top European clubs are eagerly awaiting to find out whether this deal will go through or not, as the speculation surrounding the Uruguayan Legend’s future has shook up the entire transfer market.

So how is Luis Suarez holding the key for several other strikers transfer deals? And who are the clubs involved in this game of Domino?

A Golden Opportunity for Juventus

Back in July, Napoli’s Arkadiusz Milik was considered to be the favorite to replace the departing Gonzalo Higuain as Juve’s number 9, with Maurizio Sarri set to happily reunite with yet another of his former strikers in Turin.

But after the shocking Champions League exit against Lyon, Sarri was immediately sacked and replaced with the iconic Andrea Pirlo who came on with his own unique ideas. And thus, Juventus were no longer interested in Milik, as the new boss asked instead for Roma captain Eden Dzeko.

And just when the Bosnian veteran was thought to be a Juventus player, Ronald Koeman’s arrival shook the entire dynamism of Barcelona, and suddenly the legendary Luisito was asked to find himself a new club.

As usual, the old lady was the first to react for the idea of signing yet another big name for a relatively low cost (possibly for free in case of an early contract termination), and for the past two weeks, Suarez has been heavily linked with a move to Juventus, with several reports claiming that the last obstacle is the Uruguayan international gaining an Italian passport which would facilitate his move to Turin.

Dzeko To Stay In the Capital?

For the second summer in a row, Eden Dzeko has been heavily linked with an exit from Roma. After the collapse of his transfer to Inter last season, the Bosnian was about to join Juve, as we mentioned above, and the younger Milik was thought to be his perfect replacement in the eternal city.

But the sudden emergence of the Suarez saga changed all the plans in the Italian capital, as Dzeko was no longer wanted at Juventus, thus a deal for Milik is no longer possible.

At the end of the day, Roma and Dzeko are set to put behind another awkward summer saga and work hand in hand for at least another season.

Napoli And Milik Stuck in an Unhappy Marriage.

It’s fair to say that it has been a tough summer for Arak Milik. After agreeing with Napoli over a peaceful divorce, the big Polish was supposed to join Sarri’s Juventus before his old manager was shown the door by president Andrea Agnelli. And when the Bianconeri turned to Dzeko, Milik was hoping to be his replacement at Roma.

But yet again, the Suarez saga ended up ruining the plans of both Milik and Napoli, who are desperately trying to sell their striker after already securing an expensive replacement in the form of the young Nigerian Victor Osimhen.

The Polish’s future looks very uncertain at this point, and previous transfer links to Atletico Madrid never really materialized. Nonetheless, some reports emerged lately over a possible interest from Tottenham Hotspur, and both Milik and Napoli will be hoping that the North Londoners offer them an escape route.

Watch Out For The Dark Horses

Despite Juventus being the ultimate favorites to sign Suarez, Atletico Madrid could offer El Pistolero the chance to remain in Spain under the tutelage of coach Diego Simeone. And in this case Alvaro Morata could end up leaving the Spanish Capital in favor of a return towards Juventus.

In the end, wherever Luis Suarez might end up once the transfer market doors are closed, one thing is for sure, the Barcelona legend has shook the current strikers’ Mercato to its very core. 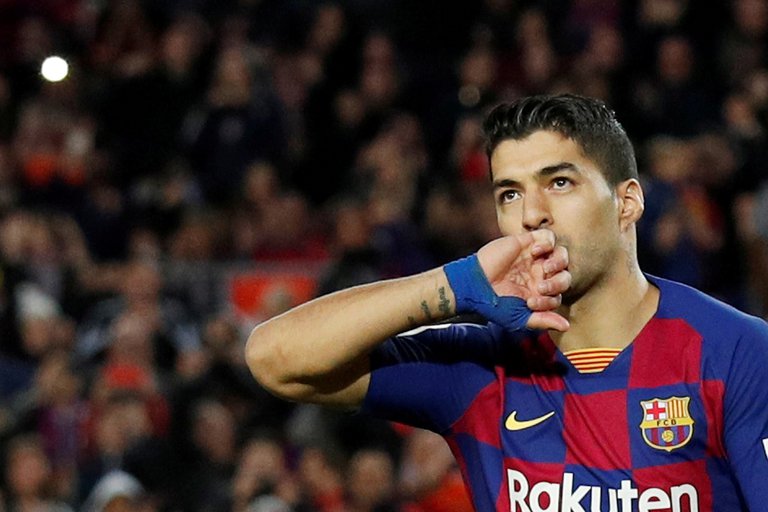