This is Australia’s first assignment after the ball tampering controversy in South Africa.

This shameless act from the three Aussie players made them to change everything in their cricket. The big names like David Warner and Steve Smith are no more with Cricket Australia. Steve Smith has been sacked from the captaincy and Warner also has been removed. Coach Darren Lehman also stepped down from his after the loss to South Africa in the test series.

But now the Aussies will have to put that entire thing behind and gear up for the challenge in England. Australia has new captain, new coach to take them through to win the series against England. The Aussies will play 5 One Day Internationals and a lone T20 International match on this tour. The first ODI will be played tomorrow, 13th June 2018 at Kennington Oval in London. Australia are confident to win the series, they have won both the warm games in style.

In the first warm up game the Aussies won against Sussex by 57 runs and in the second Middlesex lost against Australia by 101 runs margin. It was an all round performance from Australia which helped them to win the warm up matches, the Aussie fans will hope that they continue to do so in the ODI series. Marcus Stoinis and Aaron Finch were the stars with the bat in the first warm up match.

Stoinis scored a brilliant 110 runs and Finch played a solid knock of 78 runs but the middle and the lower order didn’t do much for Australia. That’s why they only managed to score 277 runs in their allotted 50 overs. But the bowling was good that allowed them to win this 1st warm game up game by 57 runs. Ashton Agar was the star with the ball; he picked up 3 wickets and the other Aussie members chipped in with 1 wicket each.

This collective effort from Australia allowed them to bundle out Sussex for just 220 runs in 42.3 overs.
In the second warm up game Australia struck to their strength, which is to bat first and then restrict the opposition team with their good bowling.

In this match Travis Head scored a good 106 runs, Aaron Finch scored his 2nd fifty on the trot. He scored 54 runs and the Big Man Glenn Maxwell blasted 49 runs to take the score to 283 runs in their allotted 50 overs.
But the concern of the middle order remained the same for the Aussies; in this match too they couldn’t contribute. All were out cheaply.

And the bowlers shined yet again, this was again team effort which helped Australia to route Middlesex for just 182 runs in just 41 overs. Australia won the 2nd warm up game and go fully prepared to London for the first ODI.

Australia have concerns in the batting department but they look strong despite no Warner and Smith in the top order. The Aussies should stick with Aaron Finch as the opener for this series. Instead of shuffling him in the batting order, Finch should be permanent opener in this series. Finch has some very good numbers at the opening position for Australia and he is the experienced campaigner which is required for the visiting in the absence of dashing Warner.

Travis Head should be the opening partner with Finch. Head hasn’t been good in the middle order. He has played well in the opening position. His 106 runs knock in the 2nd warm up game should give immense confidence to do well in this ODI series against England.

The middle order is the concern for the Aussies, they need a big player like Maxwell to hold the innings together. Maxwell should give his best performance otherwise it will be difficult for the visitors to make a mark in this ODI series.

Players like skipper Tim Paine, Shaun Marsh, Marcus Stoinis and Andrew Tye hold the key for Australia in the middle order. The bowling looked good in both the warm up matches; but surely Australia will miss Mitchell Starc and Ashton Agar in the playing XI.

Bowlers like Kane Richardson, Billy Stanlake, Marcus Stoinis and Andrew Tye will have to deliver for the Aussies.
Australia should stick to their strength, which is to win the toss and bat first. On the other hand hosts England will want to put the loss against Scotland behind. England came close but they fell short by just 6 runs in the one-off ODI match against Scotland.

Eoin Morgan will want to repeat what they did against Australia when these two teams met for the 5 match ODI series last time. Morgan and his men clinched the ODI series when England toured Australia in early 2018. After England lost The Ashes, Morgan and his men came back strongly and won the ODI series comprehensively. For them Johnny Bairstow has been in form of his life, he has scored 3 ODI hundreds on the trot and become the first England player to do so.

But his ODI hundred against Scotland went in vain as England lost the game by just 6 runs.

And now he will be aiming to get a match winning hundred against the world champions Australia tomorrow.

England’s batsmen needs to consistent in the ODI series, form of skipper Morgan, Jason Roy, Joe Root and Jos Buttler will be crucial for the home team in this series. Jos Buttler had a brilliant IPL 2018 season, he was terrific for the Rajasthan Royals and he continued that form in the test match series against Pakistan which allowed England to draw the test series after losing the first test.

Now in his much suited format, Buttler will want to carry his good form in this ODI series also. England can experiment with their opening combination for the first ODI. Jos Buttler can open the innings with inform Johnny Bairstow. Buttler did well for the Double R’s in this IPL at the opening position, so England can use this opportunity to surprise Australia .

Jason Roy can fit in the middle order with Morgan, Root and Moen Ali. This will make England batting looks more deep. England will miss the services of their star all-rounder Ben Stokes, he has to sit out due to injury which he faced against Pakistan in the first test.

England shouldn’t take the Aussies lightly. Australia are without their stars but this team also look strong to beat England at their home. Batting looks stable but bowling is a concern for the hosts. The bowlers conceded 371 runs against a team like Scotland, this is a huge worry sign for Morgan and his men.

With no Stokes, England are already in big trouble. Bowlers like Mark Wood, David Willey, Liam Plunkett and Tom Curran will have to deliver the goods. They need to find ways to restrict Australia to a low score, otherwise England will find tough to win the series.

England will also rely on their two spinners, Adil Rashid and Moen Ali. They have not given their top performance with the bowl in ODI cricket. They also need to bowl well and help England to make a mark in this series.
England has a tough road ahead but still they can’t be driven off.

Will the new looked Australian side deliver against the old Morgan and his men? 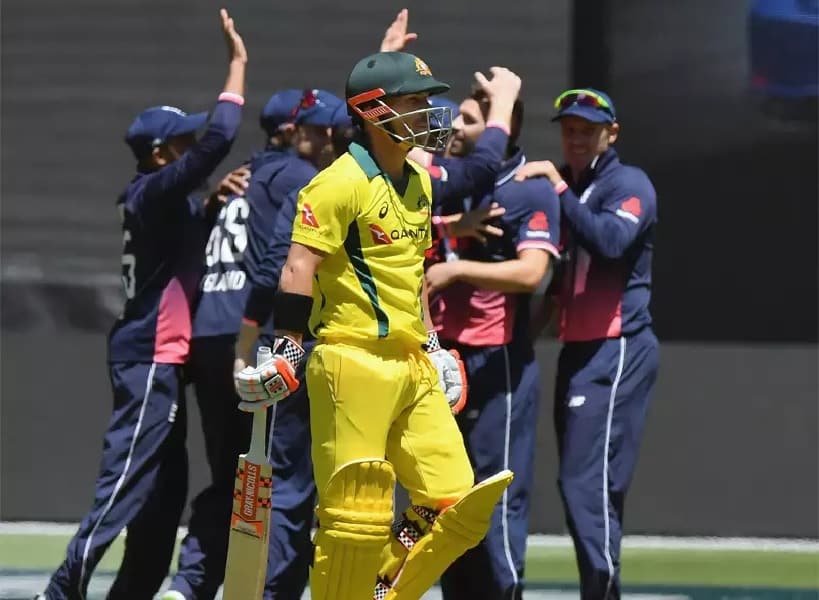