India faced the prospect of having to follow-on after England off-spinner Dom Bess ripped the heart out of their middle order to reduce them to 257-6 at the close on day three of the opening Test in Chennai on Sunday.
At stumps, India were 257 for 6 in reply to England’s massive first-innings score of 578 with 122 runs still needed to avoid the follow-on.

Ravichandran Ashwin and Washington Sundar put on a show of resistance on Sunday as the duo batted out the last 17.3 overs of the day to defy England in the final session of play but the hosts still trail by 321 runs.
With a couple of days’ play still left, it will be interesting to see if England team management decides to give its bowlers some respite if it gets a chance to enforce the follow-on.

The England tail added 23 runs to their overnight score of 555-8 before being bowled out inside the first hour of play on the third morning. Paceman Jasprit Bumrah and off-spinner Ashwin took three wickets each.
On a slow track that offered little carry, Jofra Archer generated extra bounce to strike early dismissing opener Rohit Sharma caught behind for six.

Fellow opener Shubman Gill struck five exquisite boundaries, scoring his 29 at a run-a-ball rate, before a superb piece of athleticism from James Anderson cut short his stay. Stationed at mid-on, Anderson dived to his left to take a brilliant catch after Gill had spooned the ball attempting an on-drive off Archer.

Bess (4-55) then delivered a two-wicket burst which included the prize scalp of Virat Kohli. The spinner drew India’s captain forward with a flighted delivery and Ollie Pope, at short leg, took a sharp catch to dismiss the batsman for 11.

“It was (special) and more for the fact of what my process was,” said Bess of the big wicket. “I was just trying to bowl at a spot, trying to build pressure for a long time, and it just happened. It wasn’t like I was trying to bowl that magic ball. It was really just about hitting that box. It seemed to drift a little more, and got him playing at a wider line, and I am glad the catch was taken,” he added.

In Bess’s next over, Joe Root came up with an even better catch, throwing himself to his left at cover to send back Ajinkya Rahane.

But Cheteshwar Pujara and Rishabh Pant, then in their contrasting styles, combined in a 119-run partnership to halt the slide.

The day belonged to the current toast of the Indian team, Pant, who smashed five towering sixes — all in the arc between long-on and deep mid-wicket off left-arm spinner Jack Leach (17-2-94-0). Leach didn’t exactly know what had hit him.

The left-hander dazzled with his brilliance and then in an annoying manner, forgot that discretion is always the better part of valour while trying to hit off-spinner Dom Bess (23-5-55-4) over extra cover against the spin. Pant who lived by the sword fell by it too after a well-made 91 off 88 balls. Pant has quite literally thrown away Test hundreds four times in his short career.

After dispatching England’s most successful bowler to the square leg boundary, Pant he found the only man stationed at the deep extra cover — none other than Leach, who latched onto it as if his life depended on it.

On the other hand, Pujara’s 73 off 143 balls over nearly four hours, was in complete contrast to Pant’s pyrotechnics. The beauty of Pujara’s innings was that he was ready to use his feet to the spinners and play the occasional attacking shot, which kept the scoreboard ticking.

Pujara fell in a bizarre manner, pulling Bess towards short leg where Pope ducked and the ball bounced off his shoulder and ballooned to Rory Burns at short mid-wicket. 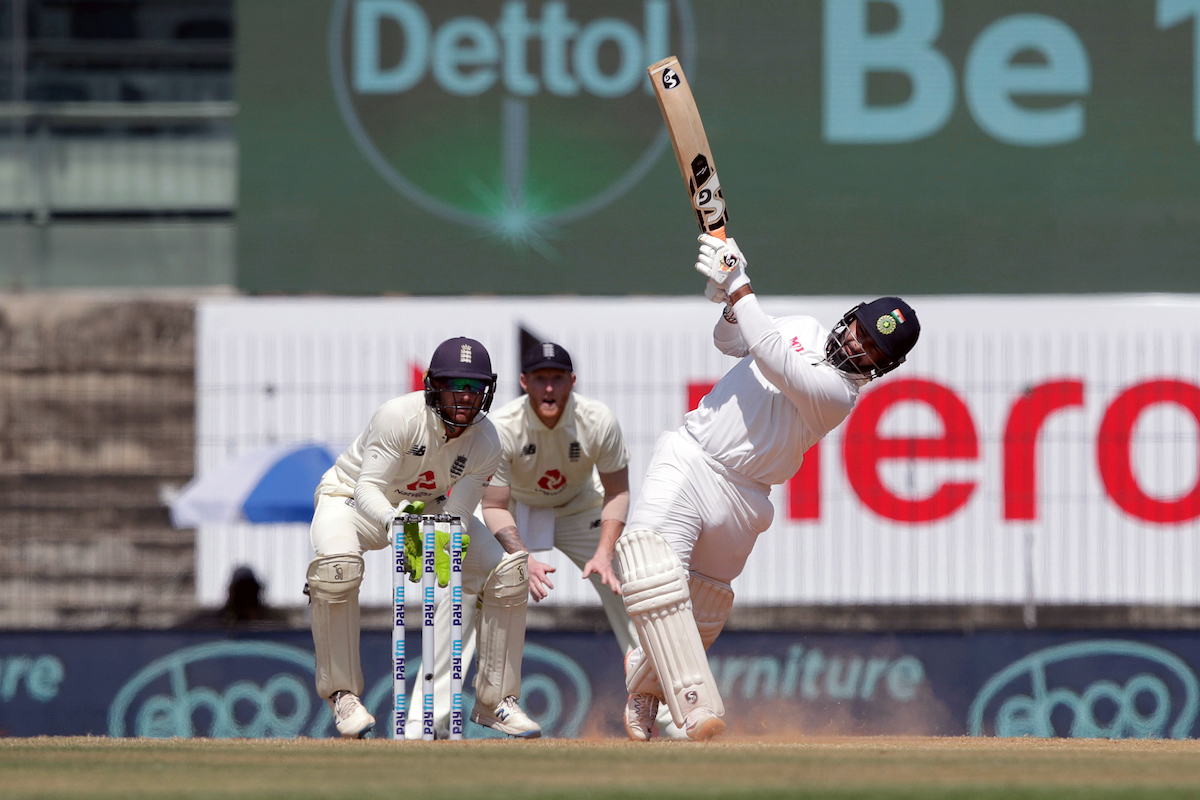