We are only one step away from the Euro 2020 Semi-finals with Spain and Italy already booked their Semifinal ticket last night we are only left with 2 spots to fill.

First up we will head over to Baku where Denmark will play resolute Czechs and then to conclude the quarterfinal stages England will face a rejuvenated Ukraine side.

The Czech Republic vs Denmark (Baku)

Denmark will be aiming to keep the momentum going with a walkover win over the Czech Republic side at Baku Olympic Stadium.

The Danes are coming on the back of an impressive 4-0 win over Wales with Dolberg and Damsgaard starring on the night, Kasper Dolberg notched up a brace while Damsgaard picked up a wonderful assist.

The Czechs, meanwhile, produced a complete performance to cause an upset and send the Netherlands back home packing. The Lokomotives shut the shop for the Dutch by reducing spaces and being effective in possession as they forced the Netherlands to a 2-0 defeat with Holes and Schick scoring in the 68th and 90th minutes respectively.

Whereas, Denmark have got their youth sensation in Mikel Damsgaard who was a bit of an unknown quantity coming to Euros to replace Christian Eriksen but have now emerged as one of the best Breakout talents and having witnessed his qualities many top European clubs are hovering about the prodigy including the likes of Arsenal, Barcelona and Real Madrid.

Czech Republic will have Jan Boril back at their disposal after serving a one-match ban for accumulation of Yellow cards in the tournament, it will not be a surprise to see the 30-year-old Slavia Prague full-back reclaiming his spot in the playing XI.

The Czech backline of Coufal, Kalas, Celustka produced a splendid defensive display against the Dutch’s, the plan will be the same to give Denmark attackers a hard-time on the pitch to reduce their effectiveness.

Sitting in the middle of the park for Czechs will be Holes and Soucek, dubbed as “Poor mans Fellaini” the West Ham midfielder is famous for his late runs into the box and will be itching to score one tonight.

On the subject of Denmark, head coach Hjulmand’s got a big dilemma as big players in Poulsen, Kjaer and Wass will all be pushing for a start. AC Milan veteran defensive rock Kjaer and Wass may be directly reinstated back in the Starting XI while Poulsen might have to contend with a place on the bench following impressive displays from the trio of Damsgaard, Braithwaite and Kasper Dolberg in the last game.

Mathias Jensen impressed after coming as a substitute the last time out but will not get a birth in the playing XI which means we’ll again see the duo of Delaney and Hojberg in Danish midfield.

Though the Czechs have the edge in head-to-head record and have comfortably won both previous meetings (2-0 win at Euro 2000 and a 3-0 victory in the following Euro’s) between these sides but I predict a narrow loss for them tonight. It’s really hard for oppositions to get past the Czech defence as they are very well-organized and drilled to close down the gaps and putting their body on line for their Nation.

Patrick Schick will again open the scorings for the Czechs breaking Milan Baros’ record before Damsgaard and Dolberg netting goals to book a place in the Semifinals for the Danes.

They are motivated by the Eriksen incident and to add to that a fantastic fan support, the Danish camp is full of confidence and believe they have the quality to reach the final of the European Championship.

England will be travelling to Rome knowing that any complacency or slip-ups against underdogs in Ukraine would crash their success straight down to drain as they have a wonderful opportunity to make a deep run to the final at Wembley.

It was again a very professional performance from Southgate’s boys against the Germans, they ran out 2-0 winners to crush the Germany hoodoo and are now on the verge of making back-to-back semifinal appearances at major tournaments.

Whereas Ukraine enjoyed a late dramatic last 16 tie against Sweden, the game was tied at 1-1 late in the Added Extra time and was ordained for a penalty shootout but in the dying moments around the 121st-minute mark, Artem Dovbyk headed home the winner to set Ukraine fans wild in jubilation.

Ukraine qualified so far into the tournament the courtesy of Sweden, who first crushed Poland to make sure Shevchenko’side qualifies for the Round of 16 a bit undeservedly and then uncharacteristically succumbed to a late goal to send Ukraine to the Quarterfinals of the European Championship.

Bukayo Saka is an injury doubt for England against Ukraine after he picked up a knock in the training on Friday.

Phil Foden, Jack Grealish or Jadon Sancho all in contention to replace Saka in the right side of England’s attack. Foden lost his spot on the right-flank to Saka after an anonymous display against Scotland but now has a perfect opportunity to restore himself in the playing XI.

Grealish, meanwhile proved crucial to England providing creative spark late in the games after coming off the bench, such was his impact it’s hard to think why he hasn’t started a game yet but maybe Southgate prefers to keep his explosives on the bench until required.

Sancho can be another candidate to replace Saka, this will be his first cap for England at Euro’s capping of a terrific week as his move to Manchester United was agreed in principle yesterday.Though Grealish deserves his place in the Starting berth Southgate will go with either of Sancho or Foden and will introduce Grealish early off the bench if the game pans out differently.

There are also the reports stating Liverpool captain Jorden Henderson is pushing hard for a start against Ukraine and could make his first start of the European Championship for England but it’s hard to think why Southgate will make a change to a team which performed admirably against the Germans.

Mount and Chilwell are back available after completing their short-isolation period due to fear of catching the virus after coming in close contact with Scotland’s Billy Gilmour who was tested Covid positive after the game.

While Mount will go straight-back into the starting eleven not so much of a case for Chilwell as Man United Left-back Luke Shaw is in hot run of form.

As for Ukraine, head coach Shevchenko got some fresh injury headaches to deal with as striker Artem Besedin is set to miss Ukraine’s clash with England after being ruled out for up to six months with a knee injury he sustained after becoming victim to a crunch tackle in the Sweden game, he will join Denys Popov on the sidelines both ruled out for the tournament.

Despite his late heroics to progress his team into next round, Artem Dovyk’s is in no place to displace any of Yarmolenko or Yaremchuk from the starting lineup.

It’s tough to go against this England side, they are very solid defensively haven’t conceded a goal in their Euro 2020 campaign and are on the up after crashing Germany out of the tournament.

‘m predicting the three lions to come up with a similar display shutting the shop at the back and destroying teams on breaks with seemingly the best attacking talent left at Euro’s.

A rejuvenated Harry Kane will open the scorings to net only his second tournament goal so far, we can expect a dour event after that, Mount will grab a goal late in the match to kill the game and cruise England to the semi-finals.

There’s a reason why people are undermining Ukraine because they blow hot and cold throughout the tournament and losing to them would be a major understatement from Southgate.

England will face either of Denmark/ Czech Republic in the Semis, Southgate’s side are again presented with an amazing opportunity to make a final appearance or maybe win the whole thing to bring the trophy home.

Do let us know your predictions in the comments section below and for more updates follow our Forums section. 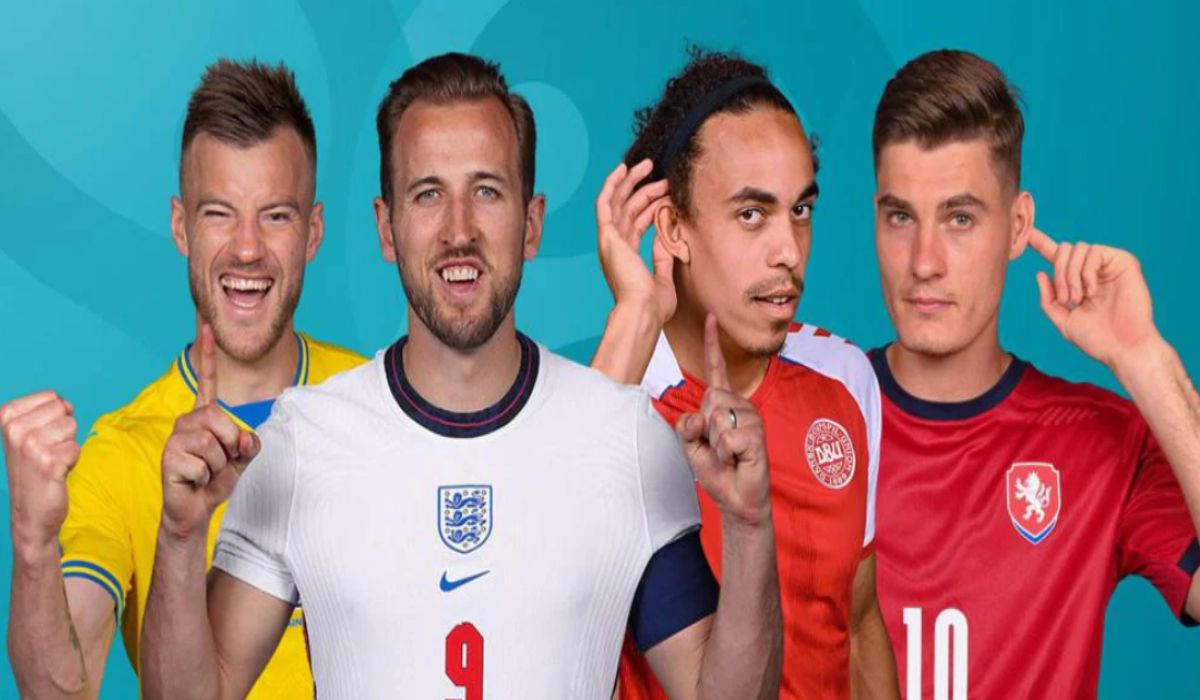