England are through to the Quarter Finals of Euro 2020 after pulling away from Germany with a 2-0 win thanks to second-half goals from Raheem Sterling and Harry Kane at a raucous Wembley.

Patience pays off for England

England fans could be forgiven for entering this matchup with a fair bit of consternation surrounding Southgate’s reverence for Portugal and France models of play, given the untimely exit of both in the last few days. The idea of focussing on breakthroughs in small windows of intensive attacking play before absorption and neutralization of opposing threats was enough in the group stages against lower-tier opposition, but serious reservations remained over its effectiveness in knock-out football.

Some relief for those fans then, in Southgate’s decision to introduce a back three, with the perceived intention of sending forward wing backs to back up the guile, skill and pace of Saka and Sterling, and inevitably bring a more consistent stream of service to the so-far lifeless Harry Kane.

That failed to transpire in a dour first half; wing backs Luck Shaw and Kieran Trippier rarely made it into German territory, forced to match deeper line of Germany. They made in-roads through that inventiveness of Saka and Sterling, whose breaks gave England the bulk of territorial advantage in the first half, with the rest of the team seeming to resort to long balls to nowhere.

Harry Kane was once again left in no man’s land, a singular threat against three defenders. Southgate has been accused in the past of having no plan when it comes to the final third, his selection of Sterling and Saka seemingly reliant on their ability to do the uncoachable while failing to develop meaningful sequences when the threat builds.

That risk might have paid off a few times, Sterling tested Manuel Neuer from distance, before making a late break in the first half that resulted in a through ball that fell fatefully into Kane’s lap. But inevitable and unnecessary hesitation inherent in a player out of form forced an awkward first, which was eventually knocked clear by the German defence.

Nerves would continue to build in the second half. Out of the traps, Germany advanced, with England’s line inevitably dropping back to soak up more pressure. Joachim Loew’s halftime team-talk likely amounting to incredulity that his squad hadn’t gone after the clearly tetchy, rarely threatening Three Lions, Kai Havertz responded by forcing a fine save from Pickford with a smooth volley in the 48th minute.

Initially, Southgate’s response to bring on Grealish for Saka struck as moderate desperation; Saka’s pace along with Sterling seemed to be the only avenue for a breakthrough, and Grealish’s introduction in a similar scenario against Scotland failed to bear fruit. All signs began to point to a familiar feeling for England, the feeling of shrinkage and missed chances, of succumbing to an established, if underwhelming threat.

Yet inexplicably, England broke the curse. It was always going to come from Sterling, England’s only goal scorer at this Euros before tonight. Another ranging run from the Man City winger was laid off Kane and Grealish, eventually finding Luke Shaw – who had incrementally forced his way up the pitch through this half – in prime assist territory on the wing. He laid back off to Sterling who had ghosted his way in front Neuer, before calmly slotting into the corner. Suddenly, what looked like tactical uncertainty and pondering possession became a masterclass in the patient build-up and ruthless execution. Suddenly, England held the cards.

From there the familiar became the unfamiliar for England, holding the lead against a major nation in a major tournament, with a crowd cheering rather than booing their defensive efforts. The nerves again showed, Declan Rice’s giddy plea to gee up an already febrile crowd was soon followed by a Thomas Mueller break. Another surprise followed as the Bayern Munich man pulled wide in a situation in which he has scored countless times before.

But once more, England, and this time Kane, defied expectations. Another Luke Shaw break as Declan Rice lay in cramp on the sidelines, another lay off down the left to Jack Grealish, and this time Kane didn’t hesitate to finally grab a goal in the Euros. The Spurs forward got his head on the end of a thumping cross, before careening away into the corner to soak in a rare England win over Germany.

As the whistle blew, the angst of the England team and crowd were released in waves of embraces among the coach, fans and players. For now, England and Southgate can bask in vindication of a plan coming good, and the feeling that they are still in with a shot of a major trophy. The challenges that await will be different; failure to make the finals in a forgiving half of the draw must surely read as a disappointment, but the patience and eventual ruthlessness displayed by England today suggest this need not be a concern. 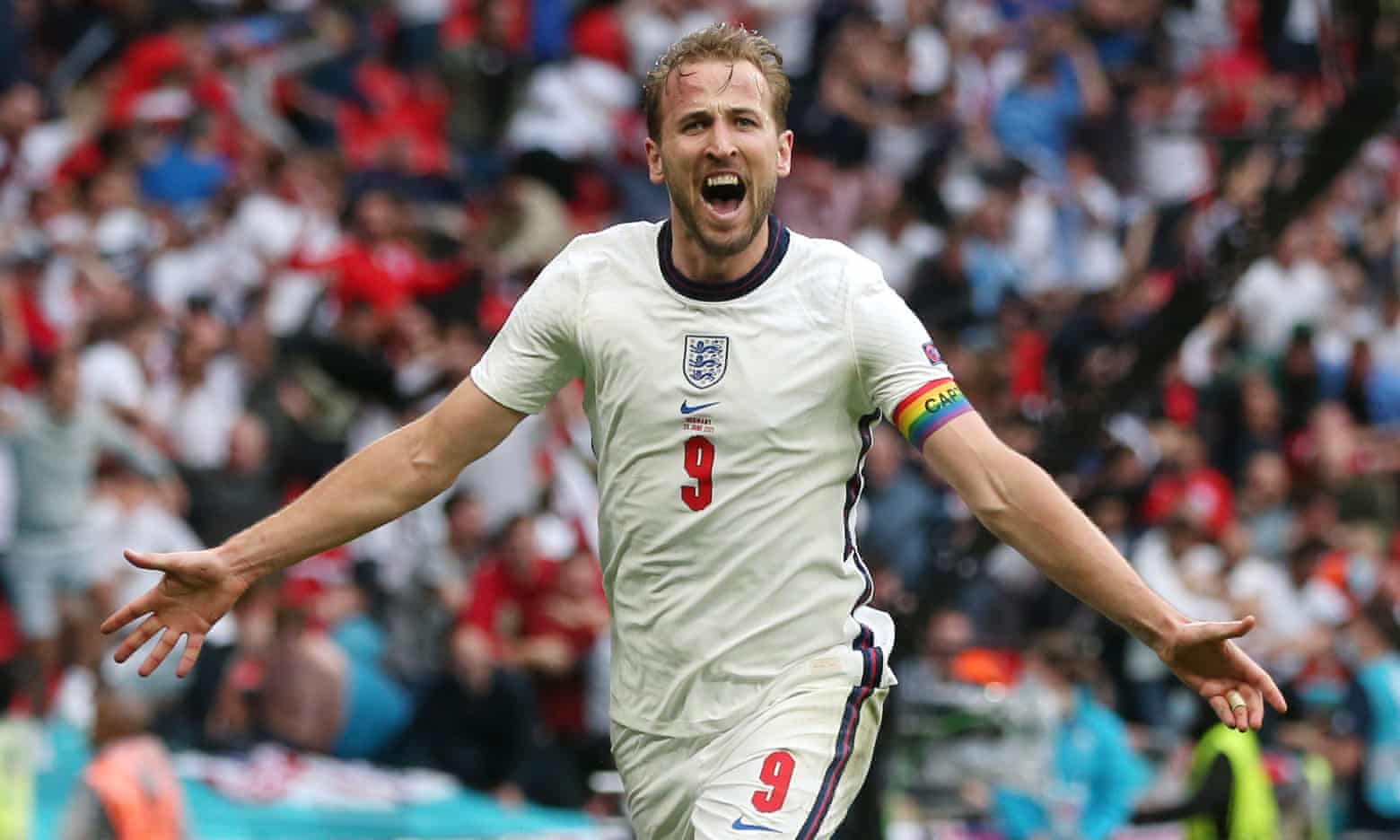