We are into the final two weeks of the 2021 season on the European Tour now and players are scrambling to either make the top 60 for next weeks Tour Championship finale whilst others who are already inside that magical mark are looking to stay inside that or improve their position ahead of next week’s showdown.

There are actually two Tour Events going on this weekend, this one in Dubai and the South African Open at The Gary Player Course on the third and final leg in South Africa, more on that later but let’s concentrate on the Golf in Dubai Championship for now.

Now this tournament actually began on Wednesday so today was ‘Moving Day’ and the first two days had seen a birdie fest as the course had no defence to a quality field, and with warm temperatures and barely any wind, it was some very entertaining golf.

Leader after three rounds is Englishman Andy Sullivan who shot a course record 61 on Day One and had followed that up with rounds of 66 and 68 to post a 54 hole score of twenty-one under par, a two-shot lead over fellow Englishman Matt Wallace, who is two shots back at the 54 hols stage. 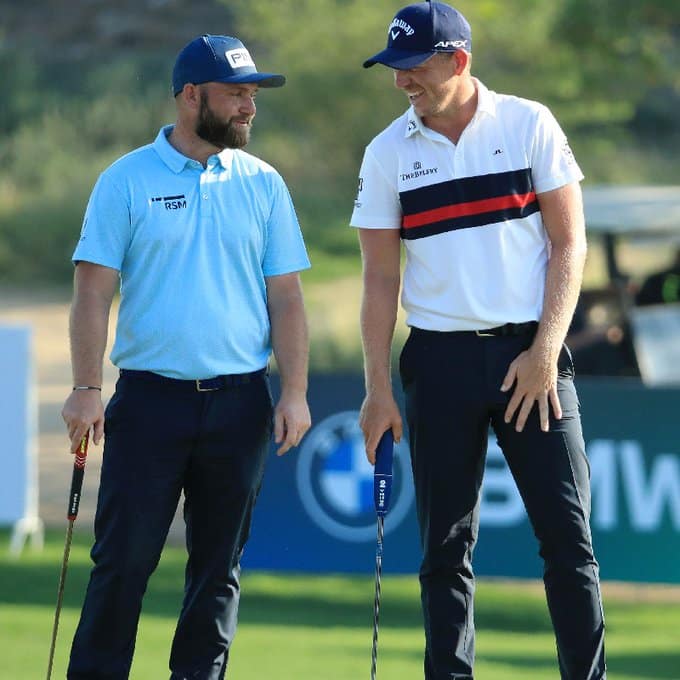 And playing with them in the final three-ball tomorrow is exciting young Italian Renato Paratore, who is three shots back after Three Rounds, so that final group will certainly be entertaining to watch that is for sure.

The penultimate three-ball on the final day will be another Englishman in Ross Fisher, he hasn’t won on the Tour in six years so this would certainly be a good place to end that long stretch, he sits three back as well, whilst Frenchman Antoine Rozner and another Italian Francesco Laporta make up that trio, they are a further shot back going into the final round.

There are then a further five players five shots behind Sullivan on sixteen under par, one of those is in form Robert Macintyre, who at one stage today was seven-under through nine holes of his third round, and a 59 looked possible, however, his back nine was done in one over as it played a lot more difficult today due to more of a breeze on Day Three, but he is in striking distance of the lead and another fast start could see them under pressure.

So this is how the leaderboard looks heading into Day Four, should be an exciting final round of golf to come.

Right, onto Sun City now and the Gary Player CC for Day Two of the SA Open, the countries national championship and there were quite a few home players from both the European Tour and the Sunshine Tour looking to win their home championship, which for them would mean so much.

There were quite a few South African’s in the field as there had been in the previous two Tour events in the country, and one who had netted his first win in his home country was again right at the top of the leader board and that was World Number 41 Christiaan Bezuidenhout, who after shooting two five under par rounds of 67 was tied for the lead after 36 holes.

Now, who was tied for the lead with him?  Well after shooting an incredible second round of 63, which is nine under par, was Welsh veteran Jamie Donaldson, as he put together an incredible round of golf which was miles better than anyone else could manage in the field today, so that had put him right in contention for the weekend.

There are six South Africans in the top ten, so the chances of a home winner are pretty high here, but with 36 holes still to play there is still a long way to go.

Other players to play themselves into contention over the weekend include Canadian Aaron Cockerill and Joost Luiten, who shot decent rounds to get themselves into the top ten after average first rounds, Cockerill, of course, was in contention at the first leg of the SA swing in Joburg, so can he go one better this time around?

There were quite a few players who shot much better rounds today than they did yesterday and have got themselves just outside the top ten, one of those was Brandon Stone, who has already won twice in his homeland, so could he make a run over the weekend and take a third crown in his country?  You would not bet against him that is for sure.

This tournament also reminded us that no week is the same in golf as Jayden Schaper and Richard Bland, who were close to winning last weekend, just about made the cut here at two-over-par through 36 holes, whilst Polish golfer Adrian Meronk, who made history last weekend after leading through rounds one, two and three, carded two 76s to be eight over after two rounds and miss the cut by five shots.

Here is the leader board after Day Two anyway, and with already six shots between the top ten, the ones set out a few groups before the leaders need to put together decent rounds on ‘Moving Day’ and not let the leaders get too far ahead going into Sunday’s final day. 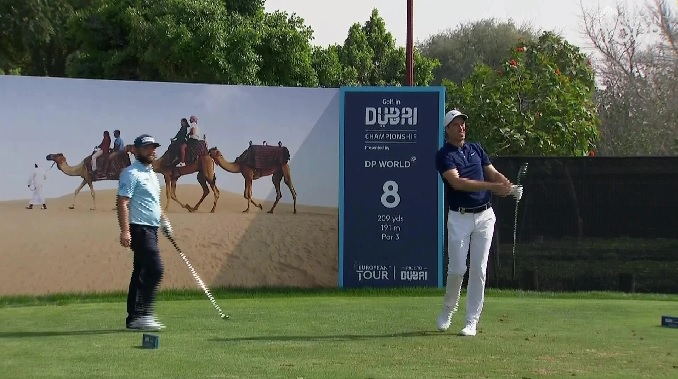