As England have found out to their cost on so many occasions, the nightmare before Christmas can be a tour to Australia. There’s no bird of prey that smells blood more than the green and gold on their domestic perch. When the pressure is on, when the crowds are literally on your back, and there’s a fissure in team spirit and tactics, the cracks can become chasms.

If there’s a place on earth where a tourist needs a rhino skin, it’s Australia. Those pacemen and batsman with neanderthal moustaches are intimidating. The ghost of Mitchell Johnson 2013 still lives on….

Here’s the outlier. India, a team that literally can’t go round the world in eighty days without losing, won on Australian soil for the first time in 71 years in 2019. The only asterisk against that series victory was that the home side was missing Steve Smith and David Warner.

Granted, it’s a bit like Liverpool without Mo Salah and Sadio Mane, but even so, this was a monumental step in the right direction. It sets up the day-night first Test at Adelaide very nicely, given that revenge is a dish served stone cold readily by Australians humbled on their own patch. Nothing will be held back.

It’s an intriguing series that could swing on the visibility of its main characters now that the central story of Australian domination has been stopped. Tim Paine admitted after the 2-1 defeat two years ago: “Throughout the series, more often than not when those big moments came up, Virat (Kohli) scored a century or (Chetweshwar) Pujara scored one or (Jasprit) Bumrah bowled a great spell and got them through those moments.” Yes. Winning the big moments is what mental strength and team unity can bring.

If India has lacked anything in the past, it is not the talent. They have just been condemned through the repeated carpet-bombing tactics of the quicks. As former Australian coach, Mickey Arthur remarked: “”The general conversation was we’d just bully them. We’d go short, short, short for long enough and we’ll get them out.”

In 2018-19 the Indians found a recipe that has eluded England and, more recently, their neighbours Pakistan, who were totally pummelled this time last year when the world was relatively normal.

In Bumrah, Mohammed Shami and Umesh Yadav, the visitors have three frontline quicks capable of hair-raising shells, which is crucial for success. Even back-up rookie Navdeep Saini can get the speedometer up to 145km/h.
Medium pacers who hit line and length might be handy in Adelaide but a Craig Overton won’t get a five-fer when the heat is on.

Just as Jofra Archer has troubled David Warner, so too Bumrah has his number. Will Warner be fit enough to play through after his nasty groin injury at the SGC during the ODI series? If not, an opening combo of Joe Burns and the new kid on the block Will Pucovski look vulnerable.

Pujara has proved he can go very big in Australia while Ajinkya Rahane always seems to get starts but will need to push on. Mayank Agarwal came in seamlessly mid-series a few years ago and it looks like Rohit Sharma is now blossoming in the long format after a fantastic series against South Africa. Will the mercurial Rishabh Pant get the chance to be more than just a bit player with cameos? His century in the fourth Test at the SCG left you wanting more.

The caveat to Indian positivity is the loss of Kohli after the first Test when he will fly back to his homeland for the birth of his first child. As much as his private life comes first and foremost in a world that respects fatherhood’s importance in sport, it is a shame that the game will lose its star turn for three quarters of the series.

Kohli is not only the captain but the heartbeat of the team. He is a player who has to be one hundred percent, or something is lost. Rahane will hope to represent that constant but controlled inner lion when he leads the troops.

Some pundits are already writing India off on the basis of their rusty opening performances at Sydney. Rent-a-quote Michael Vaughan went early, saying: “I think Australia will beat India in all formats convincingly.” Michael Clarke went further: “If India don’t have success in the One-dayers and the T20s, they are in deep trouble in the Test matches and they’ll get smoked 4-0, in my opinion.”

India now has the resources to fight fire with fire. If they are brave enough to believe they can repeat the dose, then they can take down the Southern Cross and aim for the stars in 2021. 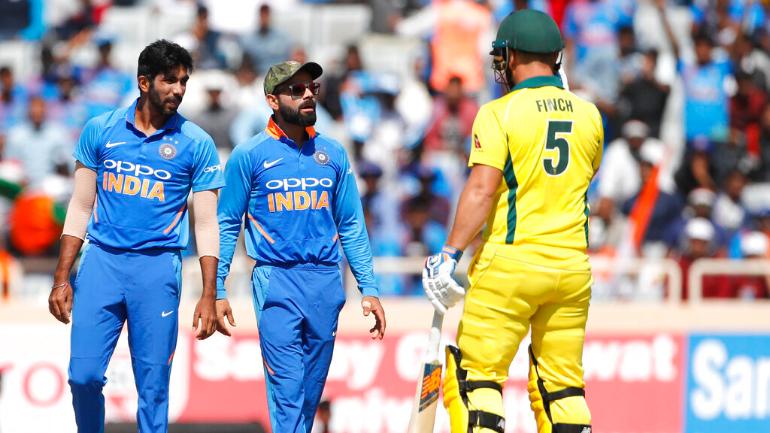