With three teams in the mix for the all-important pole position at Zandvoort, home hero Max Verstappen wowed the Dutch audience.

Once the marshalls had chased the pigeons off the track, the most thrilling Q3 of the season got underway! Max Verstappen shot to a popular pole position, once again proving he is the class of the field at the Dutch Grand Prix.

After gearbox issues in FP1 and Red Bull struggling with pace in FP2, Verstappen managed a comeback for the Dutch GP qualifying session, typical of his success this season.

Ferrari’s Charles Leclerc finished 2nd, a few mistakes preventing him from earning pole. Mercedes made progress with Hamilton on a quick lap, but a spin from Perez prematurely ended the session and any chance to beat Max’s time.

Red Bull, Mercedes and Ferrari had been close all weekend, with no change on Saturday. 0.092 seconds separated the top three, and if Hamilton had completed his lap, he could have been in the mix.

‘To come back and to get pole position is beyond what we expected today.’

He also commented on Max’s form:

‘Having got that championship last year, you can see that’s released him from a certain element of pressure.’

Perez, on the other hand, qualified P5 after his spin. The Mexican explained the reasons for this:

‘I just tried to pick up the throttle too early and lost the rear, unfortunately.

‘It’s going to be tricky to make some progress early on. I will try and have strong race pace tomorrow.’

Charles Leclerc seemed dejected after missing out on pole, but P2 is still a good position for Ferrari to start in, especially with Carlos Sainz behind him in P3. Leclerc reflected:

‘For tomorrow, our race pace looks quite strong. We are close with the Red Bull we need to do a good start, and then we’ll see.’

Only time will tell if Ferrari can get their strategy right and contest Red Bull tomorrow for the Dutch Grand Prix win. They will have to overtake early in the race as the narrow corners of Zandvoort prevent close racing.

Lewis Hamilton sits in 4th behind them. The Mercedes looks competitive with their race pace, ensuring a fight from behind for the podium.

Toto Wolff commented post-qualifying that Lewis was a tenth up from Verstappen and Leclerc after Perez’s spin, clearly wondering what could have been for his team. Zandvoort suits the characteristics of the Mercedes, the shorter track with shorter corners requiring more downforce.

Other impressive performances came from Lance Stroll, who out-qualified Sebastian Vettel. Aston Martin’s rear wing design kicked in to take them into Q3. However, a technical issue meant Stroll could not partake in the session, finishing P10.

Yuki Tsunoda and Mick Schumacher also made it into Q3, qualifying 9th and 8th, respectively. Rumours have circulated about Schumacher leaving Haas and the Ferrari Driver Academy dropping him.

ALSO READ:  Sacrificing a season: Lewis Hamilton and the W13

Mick expressed his jubilation on team radio he was when he got into Q3, sending a message to Guenther Steiner to keep him F1 next year.

Lando Norris pushed his McLaren to P7, with his teammate only managing P18. Not the best weekend for Daniel Ricciardo, on top of the Piastri news.

It will be up to the two Ferraris at the front to spoil the Orange Army’s party at the beginning of the race. Yet, if recent races are anything to go by, it seems unlikely they will be able to outfox the well-oiled Red Bull machine. Especially with Max in his current form.

Managing tyre wear will be an exciting element of the race tomorrow, with Red Bull struggling more in practice than other teams. Fundamentally whoever can get out in front will determine who is victorious at the Dutch GP.

In the meantime, a message for Verstappen fans at the Dutch GP- please put your flares in the bin! 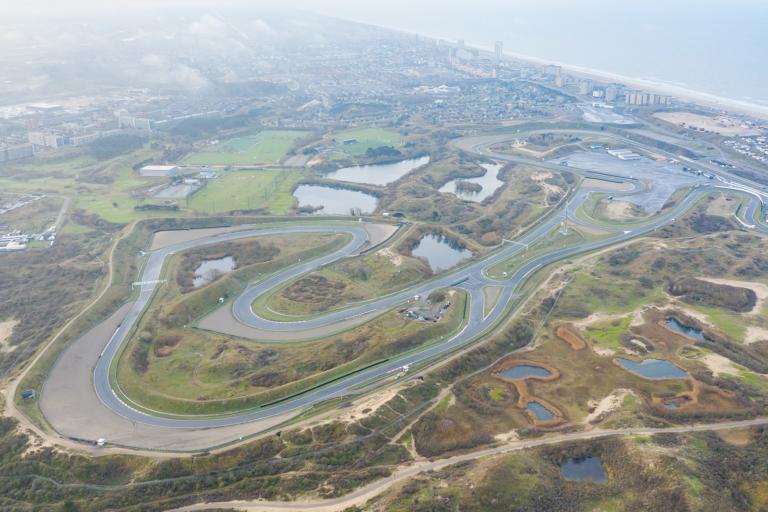