When it comes to headlines, the past weekend delivered quite a few. Lewis Hamilton missing the race piqued the interest of many but what followed was a crazy incident-filled race that left everyone on the edge of their seat. If there were tears of joy in the Perez Family, there were tears of despair in the Russell family who lost out on his very first win(“Twice” as he put it).
The paddock was in awe of the two drivers as both the drivers grabbed the headlines for different reasons. While some talked about the travesty it would be if Perez didn’t line up on the grid next year, the others talked about how a star was born in Russell as he outdrove Valteri Bottas in his very first weekend in a Mercedes.
Funnily though, amongst all this, there was this driver who quietly put together a solid performance, kept a fast charging Racing Point behind, and achieved his first ever podium in F1. Esteban Ocon and his first podium in Formula One went under the radar despite finishing P2 in a race where there was too much action up to and down the grid and it was too easy to make a mistake and slip up.
How often does it happen that you finish Runners up in arguably the 4th-5th Fastest Car on the grid but still don’t get much attention? Not often. Although Ocon might be slightly miffed at the lack of recognition for his performance by Toto Wolff who spent all his air-time raving about Russell, completely forgetting about the “Other Mercedes Prodigy” in Ocon who did achieve the podium, that too in a Renault.

It was a faultless drive from Ocon as he kept his nose clean in the first lap mayhem and looked after his medium tyres during the first stint. A lengthy first stint meant he was out on much fresher tyres and easily reeled in the likes of Sainz, Kvyat, Ricciardo, and Gasly after he pitted. But what did set-up the race for him though was the overtake on Lance Stroll at Turn 4 as it would eventually cement a podium finish.

On a track where Renault had no answer for the speed of Sergio Perez in a Racing point, Ocon couldn’t do much to keep the Mexican behind and had to let him go. On the other hand, he was still able to keep the other Racing Point behind despite Stroll having softer and fresher tyres on his car. In the end, the chips did fall in place with first a safety car goof-up by Mercedes and then a puncture on Russell’s car gave the Frenchman his first podium in F1.

In many ways, it was a much-needed result for the Frenchman who has not been able to make the same impact this season as he did in his first F1 stint. He’s losing out heavily in Qualifying to Ricciardo(15-1) while Ricciardo has almost double the points of Esteban in the standings. Looking at the numbers questions have been raised against Ocon and there were suggestions of Renault even looking for a replacement in Pierre Gasly for 2022. Although if we look closely Ocon has significantly closed the gap to Ricciardo in terms of pace.
There’s not much between the two in terms of a gap but Ricciardo still enjoys a slight pace advantage when it matters. This was expected as well as this is Ricciardo’s second season with the team and he is arguably one of the elite drivers on the grid right now. This result would help Ocon to build on his confidence as he looks forward to a fresh start in 2021.

What’s Next for Ocon?

Ocon needs to build on this result and try to beat Ricciardo in the last race of the season at Abu Dhabi because after that you have Fernando Alonso stepping into the cockpit next to him and that would be an entirely different beast altogether.
One thing that Alonso does more than any other driver is diverting all the resources of the team towards himself. For a young and upcoming driver that’s the worst thing that could happen as you don’t feel the confidence of the team around you and more often than not it leads to underperformance. Ask Nelson Piquet Jr., Romain Grosjean, or Stoffel Vandoorne, some of the drivers whose careers were ruined by having Fernando Alonso as their teammate.
When Ocon came to Formula One he had a certain hype around him, he was the driver that had beaten Max Verstappen in Junior Categories. A year away from the sport and an underwhelming year at Renault has shifted the spotlight to George Russell, Charles Leclerc, Lando Norris, and others. For Ocon to get back into the reckoning he needs to start beating his teammate regularly and become a team leader, for sure it’s a tough ask when your teammates are Daniel Ricciardo and Fernando Alonso but the tougher the task, the bigger the reward for Ocon because if he does beat Alonso in the same car next year then all the eyes will be back on him. If he doesn’t, then we might be looking at the end of one of the bigger prospects to come out of junior categories. 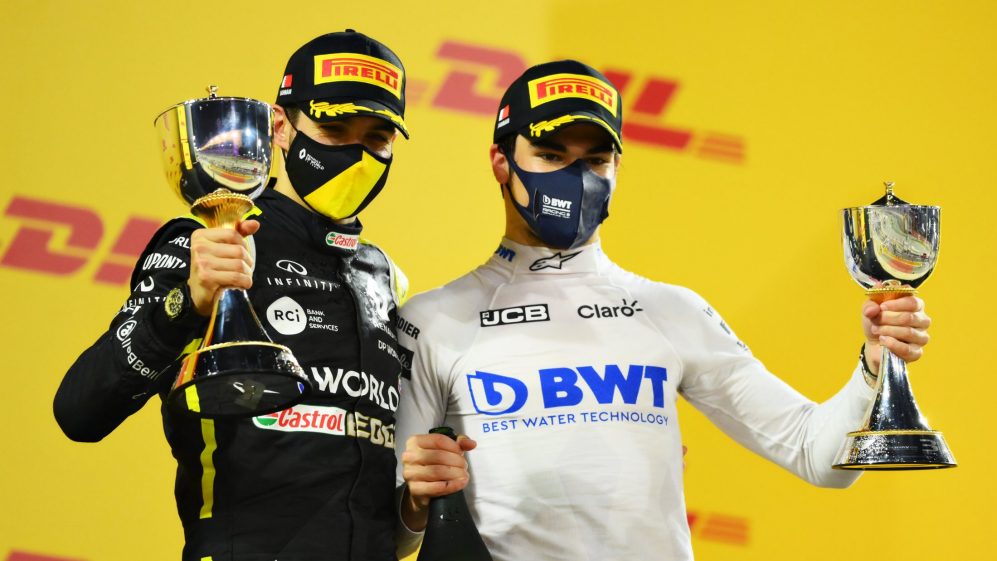