Drafting running backs in Fantasy Football is the main focal point of many players’ draft strategies. In most cases, the first two-three rounds are spent with owners trying to stash away as many of the top twenty-five backs as possible.

That is the ideal strategy and one that I often tend to lean towards. Although, there is a difference between reaching and loaded up on these backs, and smartly using your picks based on your draft position.

For the 2021 Fantasy Football season, the top of the draft board is almost certainly set in stone. The top four PICKS… not players, are usually, Christian McCaffrey (CAR), Dalvin Cook (MIN), Derek Henry (TEN), and Alvin Kamara (NO). Four clear-cut RB1’s in the first four picks.

Pretty standard stuff and information any average fantasy player can get their hands on. Although this may seem like chalk, and the spot you want to draft come draft day, the value belongs at the end of the first round especially in the running back position. Picks 7-12 are a gold mine for talent and fantasy football production.

Staying out of the picks 4-6 range is key. You are then faced with the lure of drafting once fantasy football monsters, Saquon Barkley (NYG) and Ezekiel Elliot (DAL), both coming off of disappointing 2020 campaigns for their own reasons.

Guys like Nick Chubb (CLE), Jonathan Taylor (IND), Najee Harris (PIT), and Austin Ekeler (LAC) are names of players you will be able to get your hands on towards the back end of round one and early parts of round two. All four names who I expect to have monster 2021 seasons and finish rightfully inside the top 10 for their position.

Aaron Jones will win fantasy leagues for players around the globe this year. He is the most undervalued player by far in this year’s class. According to ESPN Jones has an average draft position (ADP) of 12.2. Way above where I have him ranked for the upcoming 2021 campaign. I have Jones ranked 4th And here’s why.

Over the last two seasons, Jones has been a top 6 fantasy running back based on total fantasy football points and average per game. Having all of this success and production certainly has to do with playing with one of the greatest Quarterbacks of our generation Aaron Rodgers.

But take into consideration, Rodgers is back in Green Bay Packers for what looks like his last season and Jones no longer has to deal with the receiving down scavenging Jamaal Williams.

Williams departed for Detroit in the offense, opening up a crazy amount of targets for Jones in the offense. Jones 64 targets last ranked 9th in the NFL. That number should only go up in 2021, opening up the potential for a 50+ catch season for the standout back. Jones may lose some goal-line work to second-year back AJ Dillion but that’s ok.

Williams dipped into that load at some points in 2019 and 2020 as well. If Jones can stay healthy for the entirety of the 2021 season, there is no reason why he shouldn’t finish as a top 5 fantasy football running back, with the potential to crack the top 3.

With his ADP having him at the end of the 1st, he is the steal of the draft and player all teams should have their eyes on. 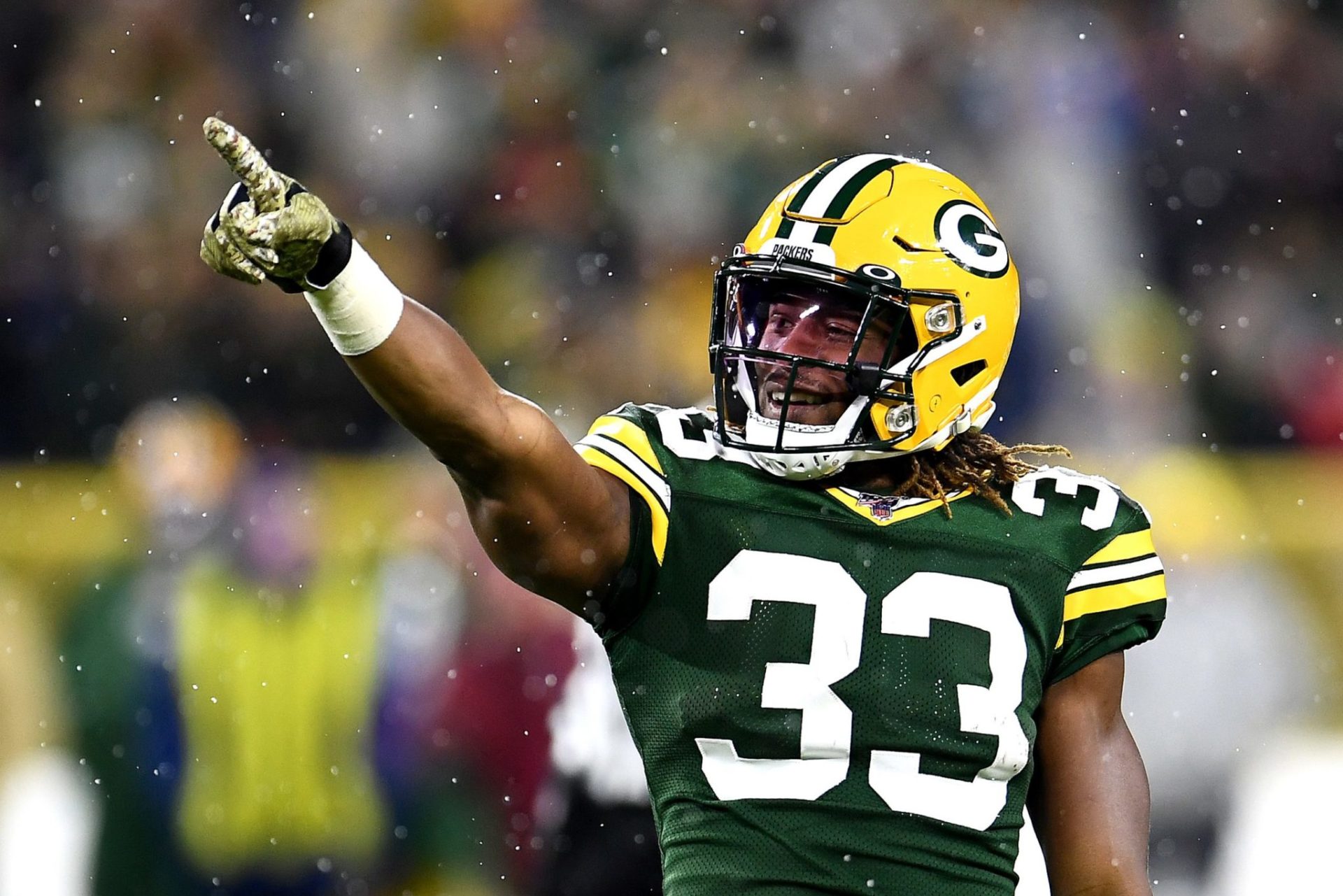