FC Barcelona has officially changed their jersey design for the 2020/21 season for both the teams. The new Barca Kit is currently on sale from 14 July, 2020, for the fans in the Barca Stores at Camp Nou, online, Passeig de Gracia, Canaletes and La Roca Village.

The club officially presented the new jersey with the design being inspired from 1920s— Club’s First Golden Era. The 2020/21 season made a comeback of the traditional vertical stripes. The speciality is the gold strips as a distinctive element with the ‘blaugrana’ stripes. It is same as the FC Barcelona Crest in the 1920s.

The fans have another surprise in the jersey! The new ones are having round-neck collar with gold rim with the Catalan ‘Senyera’ flag just underneath on the back of the jersey.

The FC Barcelona presented the new kit in its official social media page with a video montage. It shows some popular Barca players from both the teams showing off the home kit. The club also revealed some more merchandises including training hoodies and jackets for the fans.

The fans can have the full kit which includes blue shorts with a vertical gold rim and horizontally striped socks. The Men’s team jersey has Rakuten on the front and Beko on the left sleeve. The Women’s team jersey has Stanley as the main partner of the team.

The ‘Match jersey’ for the campaign #OnlyForCulers is having the same quality as the players’ wear. The price of the jersey is €139.99, which is made with Vaporknit technology. The textile is very light-weighted with high performance and excellent elasticity to boost mobility of the players. The whole kit is produced by using 100% recycled polyester— recycled plastic bottles melted to create a very fine thread. The material is to generate a high level of breathability and is also eco-friendly.

#OnlyForCulers
This is the new campaign by the FC Barcelona for the crazy supporters out there in the entire world. The term ‘Culers’ came from the name which the Catalan club’s fans are known as. This trend started in the early 20th century. It is also about paying tribute to the early players in 1920s, who helped FCB win the 1928 Cup Final (Copa del Rey) and the inaugural Primera League title in 1929.

The reactions of the fans border on frenzy on all social media platforms. Some of the fans recollected that it is a throwback of the kit worn during the 2010/11 season at the time of winning the UEFA Champions League, as an attempt to keep Lionel Messi stick to his standard like ten years ago.

Some have sought back the old exquisite style of playing the games like the kit. One group of fans started joking that the new design almost looks like jersey of Crystal Palace. Another group has commented that it is a sign of the post-Messi period.

The Club is set to pursue Nike for compensation after discovering a defect with the new jersey made by a US sportswear company— colour faded away after one time wash. It began a 10-year kit agreement with Nike in 2018 worth €150m- €155m annually. It is one of the biggest kit supply deals in the sport.

Earlier in April, amidst the lockdown, the fans received the leaked images of the jerseys in the social media platforms with the courtesy of FootyHeadlines. The away kit is better, which emulates the ‘blackout’ look like the Borussia Dortmund with a subtle gold pattern even in the logo. The colour of the third kit is officially known as ‘pink beam’ with a teal logo. The pre-match kit will feature a pattern based on the work of the famous Barcelona artist, Gaudi. 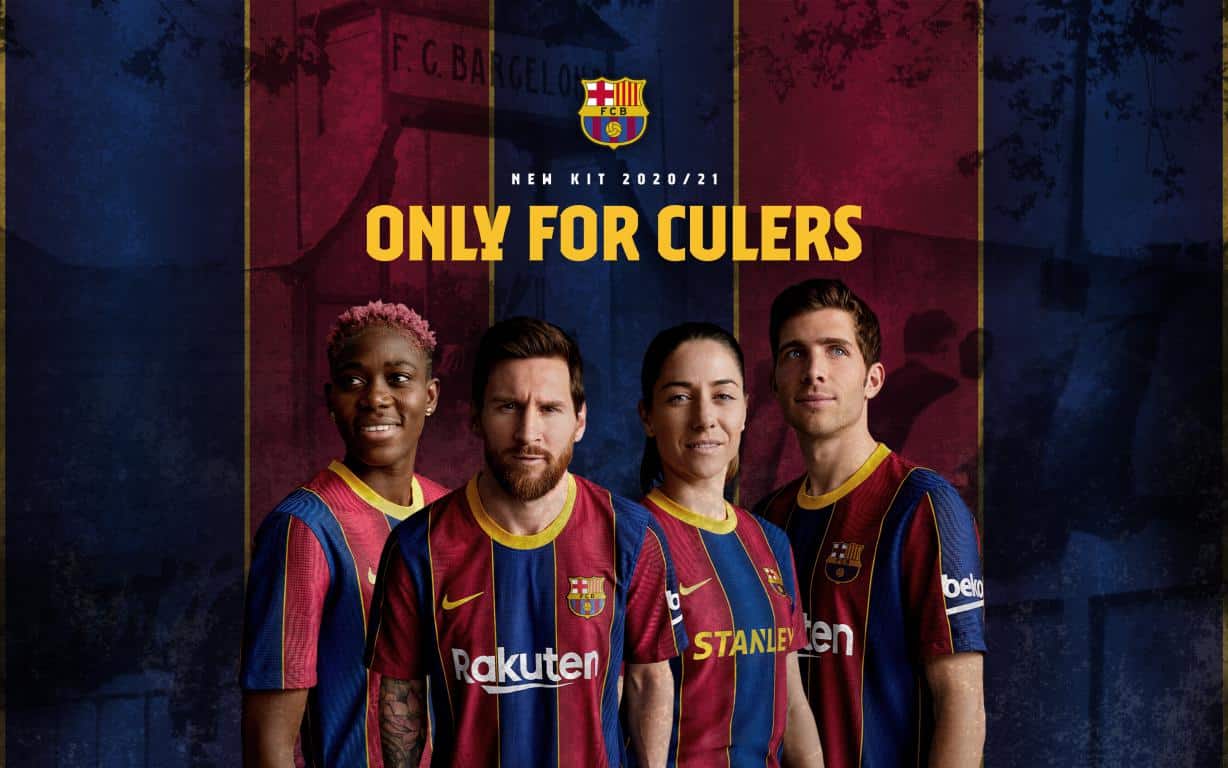