Chase Elliott won the first All-Star race at Bristol Motor Speedway, dominating the second half of the event.

Elliott, who started the first All-Star race at “Thunder Valley” in 13th place, led 60 of the 140 laps to win the All-Star race for the first time in his career, earning a million dollars along the way. After coming close to capturing his first Bristol win in late May, the Hendrick Motorsports driver took the lead for the first time in the second segment, only to lose the top spot when Ryan Blaney chose to stay out on track at the end of that stage, while everyone else pitted.

Elliott retook the lead on lap 110 to win the third segment and then held off Kyle Busch in the shorter, 15-lap final stage to record his first All-Star win. It is the Elliott family’s second victory in the All-Star race, as Chase’s father Bill won the 1986 edition in Atlanta, the only other time that the race was not held at Charlotte.

Cup Series champion and eight-time Bristol winner Kyle Busch finished second. Busch spent most of the race in the lower half of the top 10, making his way to the front throughout the penultimate stage. The Joe Gibbs Racing driver was Elliott’s main challenger in the closing laps, but the last segment was too short for Busch to threaten the leader.

Two-time All-Star winner Kevin Harvick wound up third. The 2014 champion was one of several drivers who decided to stop before the last stage to have fresher tires in the end. However, that strategy could only work if there had been a caution (caution laps didn’t count in the last segment). Despite overtaking a lot of cars in a short caution-free stage, the Stewart-Haas driver ran out of time and had to settle for third, in front of Brad Keselowski and Denny Hamlin.

Despite winning the first segment and leading more laps than anyone else, Ryan Blaney came home sixth, fading away in the final stage with tires that were older than the rest of the field.

Joey Logano made it three Penske cars in the top seven, finishing in front of Alex Bowman, Aric Almirola (who qualified for the race by winning the first stage of the Open race) and Martin Truex Jr. Cole Custer, who took a surprising victory at Kentucky, finished in 16th place.

William Byron, Matt DiBenedetto and Clint Bowyer were the other drivers that transferred into the All-Star race. While Byron and DiBenedetto won the second and third stage of the Open, Clint Bowyer advanced by winning the fan vote. Almirola, Byron, DiBenedetto and Bowyer joined 16 drivers that were already eligible for the race, since they had either won a race in 2019 or in 2020, won a previous edition of the All-Star race or been a Cup Series champion in the past.

Just like in previous years, the race featured several experiments. The most notable one was the introduction of the “choose rule”, that allowed drivers to choose in which lane they would restart after a caution (usually only the leader has the right to choose). Besides, drivers that were eligible for the race had underglow lights in their cars, while every car’s number was moved closer to the rear wheels to give sponsors more space.

Originally scheduled for May 16, NASCAR’s All-Star race was postponed by almost two months on 2020’s heavily revised schedule. NASCAR’s most famous exhibition race also had to move from Charlotte, the track that had hosted 34 of the previous 35 All-Star races, to “The World’s Fastest Half-Mile” due to the growing number of Covid-19 cases in North Carolina. 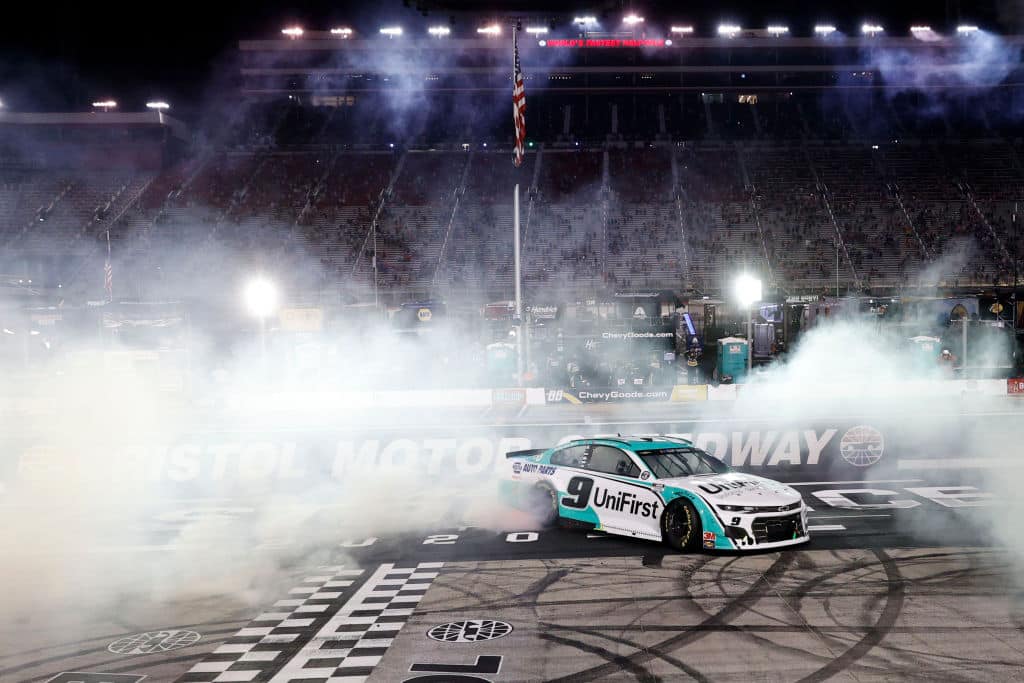