Ferrari shows improvement. and so they should! Ferrari Vs McLaren so far and what to expect in the final 5 races.

In last week’s US Grand Prix underneath the main storyline of Max Verstappen and Lewis Hamilton was McLaren vs Ferrari. Two old rivals battling out for an incredibly tight 3rd place spot.

But let’s look back and see how close these two teams have been this whole season.

At the start of the year, it seemed McLaren were guaranteed to keep the 3rd place spot they earned last year. They had a car that could compete with the likes of Mercedes and Red Bull – for the most part.
That paired with Lando Norris’ amazing first half-season form saw him claim 2 podiums in the first 5 races.

But that’s to say Ferrari didn’t have a bad start. First off they started the season with a car that was miles better than 2020.

They showed that in Monaco where Charles Leclerc got pole position in an incident-filled qualifying.

Although he eventually couldn’t start due to the damage to his car.

Through most of the first half of the season, it seemed like it was Norris keeping Mclaren’s P3 hopes alive as Daniel Riccardo took a bit of time to get used to his McLaren, often finishing way adrift of his younger teammate. This all changed after the summer break where a reignited Daniel Riccardo was a new man at Monza.

Coming into Monza Mclaren came off one of their worst races of the season only scoring 1 point, whilst Ferrari took advantage with P5 and P6.

Having taken 5th place in a tight qualifying for the sprint race – 0.006 behind Norris and 0.029 behind 3rd place Verstappen.

He soon fought back gaining 3rd place start for the Grand Prix, then took the lead on lap one and controlled the race from start to finish.

Giving Mclaren its first race win since 2012 and Norris followed on what would be the first 1-2 – for any team – of the season.

A devastating result for Ferrari. But they also didn’t have a bad day finishing P4 and P6.

Sochi was very unexpected. With Mercedes dominating there since the 1900s everyone thought it would be a silver arrow wash out.

But Lando Norris managed to put his papaya Mclaren in front of both Mercedes and on pole.

But Ferrari was not going to let Mclaren get ahead again, as Carlos Sainz lined up next to his former teammate in P2.

The race was supposed to be Norris’ first win as he controlled the race – after getting past Carlos who took the lead at the start.

But with late rain Norris and Mclaren made the wrong call, giving the victory to Hamilton and Mercedes.

Carlos Sainz braved the rain for Ferrari and had a brilliant last stint to get P3.

As the races have gone by it seems to be getting closer between the 2 teams.

So with that upgrade in place, and for the first time neither driver had engine penalties, Ferrari really showed their pace in the USA.

ALSO READ:  Does Charles Leclerc Have What It Takes To Be A World Champion?

In the race, Leclerc check out in 4th place, but the real battle was on Riccardo, Sainz and Norris.

But COTA showed us that Ferrari still has one weakness. Pit Stops.

“We need to keep working as a team to improve it,”

Time and time again this season Carlos has been let down by pit stops. In COTA it cost him a chance to undercut Daniel Riccardo.

These issues need to be ironed out if Ferrari want to be fighting for championships again, but so far it’s great to see Ferrari back on the right foot again.

It will definitely be close until the end of the year between these 2 teams and I’d argue that this is now McLarens p3 to lose.

Ferrari seems to have the quicker car and 2 incredibly quick drivers. If you are not into the title fight.

This is the fight to keep an eye on until the end of the season. 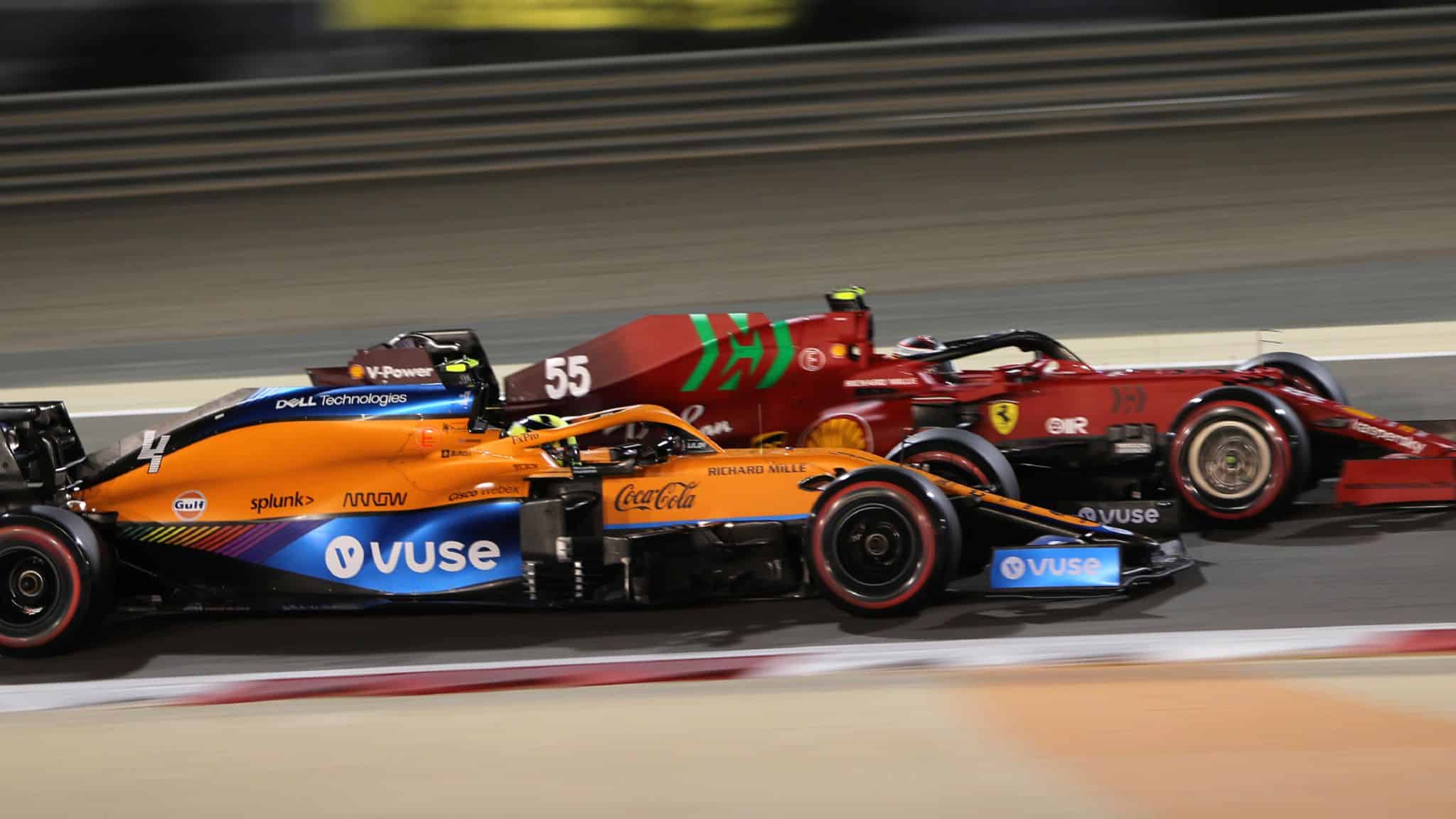