The Italian Grand Prix has provided us with an entertaining race and an unexpected race winner two years in a row now. Daniel Ricciardo took the checkered flag giving McLaren their first win since Jenson Button won in 2011, as well as Lando Norris finishing in second place meaning they secured a 1-2 for the team, which has massively helped them in their mission to conquer 3rd in the constructors for the second year running.

It all started on Friday with Qualifying where the team managed to secure 4th and 5th which put them in a solid position for the Saturday Sprint, with the team knowing they had nothing to lose they strapped both cars on the soft tyres while everyone else was on the medium and completely send it.

Lewis Hamilton had a poor getaway from the line and Norris took full advantage of that straight away, Daniel had managed to jump the pair of them and by the time Turn 1 was done he was up to 3rd.

With Pierre Gasly’s incident, the Safety Car was brought out which benefited the McLaren’s even more as it meant they had less race time on their soft tyres meaning they could retain their pace for longer. Norris bravely defended and fought off Lewis Hamilton for the remainder of the Sprint, meaning he could hold on to 4th place for the race on Sunday.

It did get even better for the team as Bottas had confirmed before the sprint that he would be taking a grid-penalty and start at the back off the grid, and as he got Pole Position it pushed Ricciardo and Norris up to 2nd and 3rd.

The excitement started at the very beginning of the race with Daniel Ricciardo having a great get-away from the line and putting himself into P1 which was a crucial moment in the race.

Lewis Hamilton was also on a charge and was determined to make up for his dismal performance on Saturday, He started off the race perfectly by overtaking Norris and hunting down his rival, Max Verstappen, who had a poor start. After Turn 3 it was a drag race between Max and Lewis going into Turn 4 and the two had made contact meaning Hamilton had lost out the potential position of Max and lost out to Lando demoting him to 4th place.

Ricciardo would then keep Verstappen behind as the dirty air in Monza meant that teams were struggling to overtake on, as well as Norris was able to keep Hamilton behind for nearly half the race which had made Daniels job of winning easier.

The pitstop phase of the race was the most crucial element of this race, Daniel pitted before Max and had a decent stop of 2.4 seconds, Max then went for his stop and the Red Bull pit crew had a nightmare of an 11.1 seconds stop. This had essentially given Daniel Ricciardo the win until there was a safety car.

Seeing as how Max had such a slow pit-stop it meant that Lewis was able to catch up with him, and on Lap 26 the two drivers went side by side out the Pit Lane going through Turn 1 and into Turn 2 the drivers collided and ended up having a catastrophic crash. It isn’t anything new seeing the two drivers collide as they are in such an intense and close championship and neither one want to give away.

The crash can be seen in many ways, some people say that Max put his nose in and forced an unnecessary move and some say Lewis didn’t give him enough space, but overall the fans and most people deemed it to be a racing incident apart from the FIA… who decided to give Max Verstappen a 3 place grid penalty for the next race in Russia.

One thing that all fans can agree on is the Halo, if the Halo hadn’t been introduced we could be looking at a very different situation and outcome. Lewis Hamilton most definitely would’ve been killed or seriously hurt in the accident as the Red Bull tyre went over the Mercedes and at one point was on Hamilton’s head but fortunately, most of the weight was being taken by the Halo.

He started on the Hard tyre putting him on the preferred strategy for the race which ended up being a huge advantage for him later on, he got himself into the points relatively early in the race which had caused the McLarens and the Red Bulls to struggle as he affected their strategies of when to pit.

As he decided to pit when the Safety Car was out he found himself in 6th place on fresh medium tyres, he overtook the Ferrari of Carlos Sainz straight of the re-start and began his chase for the podium, later on, he overtook Leclerc and it ended up being his final move of the race.

He ended up finishing the race in 4th place but was promoted to 3rd as Sergio Perez had a 5 second time penalty due to his incident with Leclerc.

I wonder what the next Italian Grand Prix will have in-store for us? Hopefully, it’s as entertaining as the past 2 years have been. 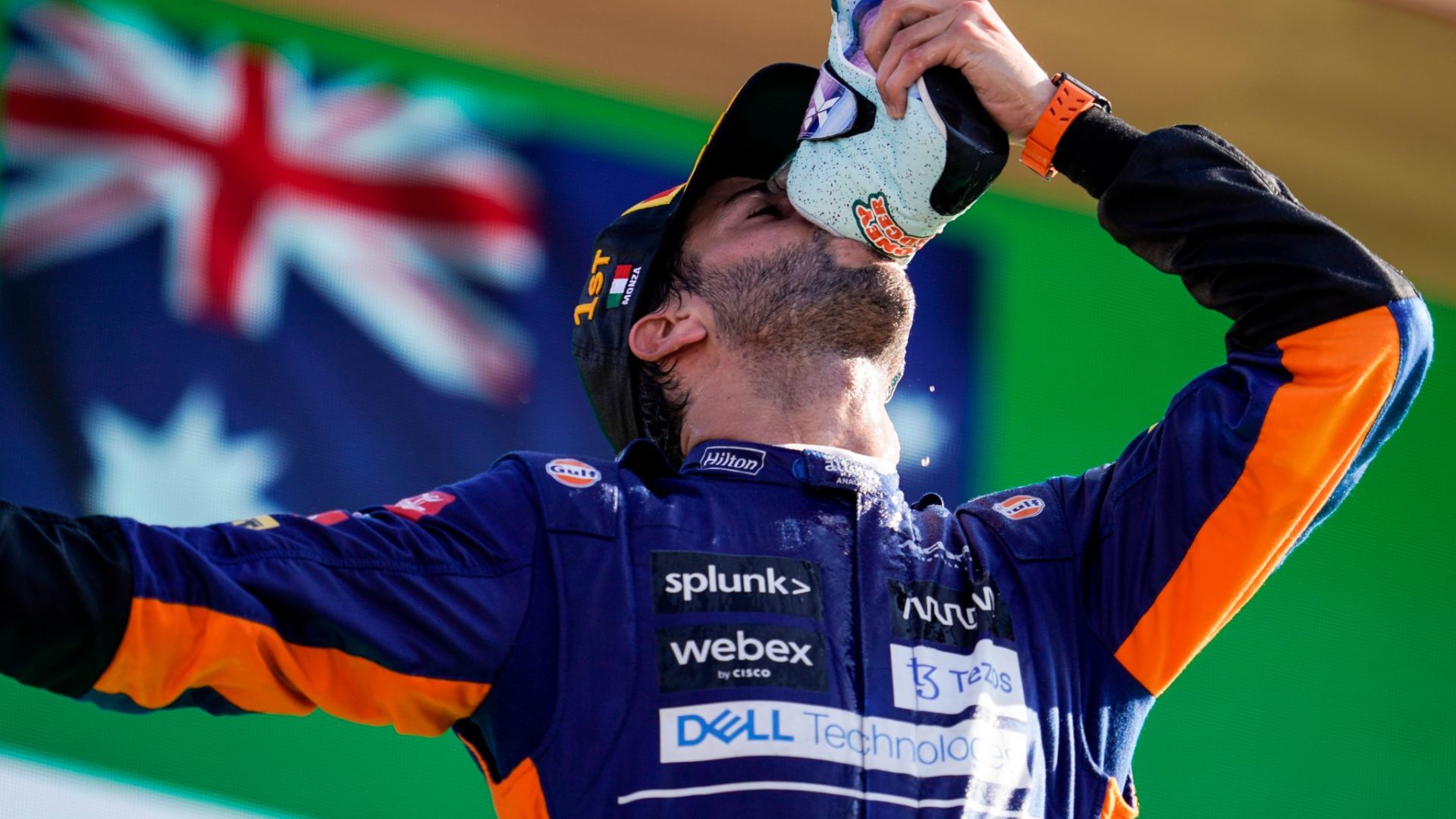