Backlash (2016) was one of the strongest shows that WWE delivered in recent memory.

The main card had seven matches and SmackDown Live GM, Daniel Bryan added Baron Corbin vs. Apollo Crews in the pre-show. Let’s look at the results before analyzing the top incidents from the pay-per-view.

Here are five talking points from the first brand specific pay-per-view of WWE after the recent brand split:

1. The women stole the show

The Women’s six-pack elimination challenge match for the SmackDown Women’s Championship was booked perfectly. This was the first time in quite a while that all participants of a multi-women match looked strong. The women were also given more time (14:40 minutes) for the bout and they delivered.

Except Alexa Bliss, who despite being eliminated first had a superb match, each women got an elimination. WWE took a bold move by letting Carmella be the last one to fight Becky after she eliminated Nikki Bella. It shows how the company put faith on the NXT call-up at such an early stage of her career in the main roster.

Ultimately, it was Becky’s stage to shine as Carmella tapped out to her Dis-arm-her. Becky had this moment coming for a long time and truly justified her push with another stellar performance in this bout. With her at the top of the division and Natalya, Nikki and Carmella vying for that spot, things are sure to get interesting come Tuesday at SmackDown Live!

2. The Miz justifies why he is one of the best heels in WWE

Another marvelous outing by Miz proves why he is one of the most despised heels in the industry today. He taunted SmackDown GM, Byran before his entrance and demanded a contract renegotiation. The segment hinted more towards a return to in-ring action for Bryan.

The match itself was epic. Ziggler played to his character of taking a good beating at the hands of his opponent and selling it to the crowd. The match lasted quite long as it went in for more than 18 minutes! The Miz finally pinned Ziggler following a Skull-Crushing Finale after Maryse had sprayed something in Ziggler’s eyes.

WWE should let Miz continue his reign; he has been an amazing worker and his heel antics have helped him become one of the top heels of SmackDown. Ziggler on the other hand, should now stay away from challenging for titles; he has lost two back-t0-back title bouts in pay-per-views.

WWE waited till the end to see if Orton would be fit to face Wyatt at Backlash. Orton failed a late concussion test and the match had to be cancelled. Wyatt attacked Orton backstage making him unable to compete in the match and won via forfeit. It was disappointing for the fans since everyone was expecting this bout and the outcome was unpredictable from a storyline perspective, which made it a must-watch for all.

Kane challenged Wyatt in a No Holds Barred match afterwards. The match was solid with some good spots. Wyatt had the edge over Kane when Orton interfered, planting Wyatt with an RKO and enabling Kane to hit a chokeslam and get the pinfall victory.

Orton cost Wyatt a victory over Kane with an RKO

Although the interference sets up a future Orton-Wyatt clash, WWE books Wyatt to lose on a pay-per-view yet again. They have dropped the ball time and again with the Eater of Worlds. For Wyatt to cement himself as the top heel of the blue brand, he desperately needs to score wins over his opponents. WWE should book Wyatt to come out as the winner from his feud with Orton in order to give him some momentum.

4. Heath Slater gets his big moment

This was another stellar bout from the pay-per-view! Heath took a beating from the Usos, who had beaten the Hype Bros earlier in the night to qualify for the finals of the Tag Team tournament. Once Rhyno was tagged in, he went on a roll and cleared the ring. As the bout neared its end, Rhyno hit Jimmy with a Gore and urged Heath, who was the legal man to pin the fallen Uso. Heath pinned Jimmy as he and Rhyno became the inaugural WWE SmackDown Tag Team champions and he earned a SmackDown Live contract!

This was perfect booking from WWE creative. They made Heath suffer in the beginning, team up with Rhyno and go through a tournament to win the coveted Tag Team titles and earn himself a contract. The babyface conquering the odds to finally reach his destination has always been a hit storyline if booked correctly and this was no different. Let’s see what WWE has in store for us with this duo.

AJ Styles finally conquered his dream of becoming the WWE World champion as he beat Ambrose at Backlash.  The Phenomenal One and the Lunatic Fringe put on an instant classic and there are too many awesome spots from the match to name here. The match went on for 25 minutes and both the superstars went back and forth in control of the bout.

The finish was the only sloppy spot of the match as AJ hit Ambrose in the sensitive area after Ambrose bumped into the referee and pinned him following a Styles Clash. This was arguably the best match of the night but the booking decision leaves a few questions.

WWE should have made Dean’s title reign last longer. When Ambrose won the title at Money in the Bank after beating Rollins, fans were really excited for his title reign. His matches against Rollins and Reigns were fantastic. However, ever since the brand split, Dean’s reign slumped. His match against Ziggler at SummerSlam was okay but not great. WWE should have invested more on Ambrose a little longer either by going bold and turning him heel or letting him improve and evolve into a solid champion by giving him more time. He now risks going back to the mid-card again after his feud with AJ ends.

AJ on the other hand, has been spectacular ever since coming to SmackDown! He won his feud against John Cena clean and became the WWE World champion just three weeks later. At the age of 39, he is having the best time of his life right now. A long title reign where he displays his heel antics to its fullest and turns face later into the reign would be the best booking option for him.

Overall, Backlash was an excellent pay-per-view. Less matches on the card enabled the superstars to have longer bouts that ultimately improved the quality of in-ring action. WWE should take lessons from this pay-per-view and book the future events similarly. The first brand specific pay-per-view after the recent brand split was a success for WWE. The bar has been raised and future pay-per-views should seek to raise it higher! 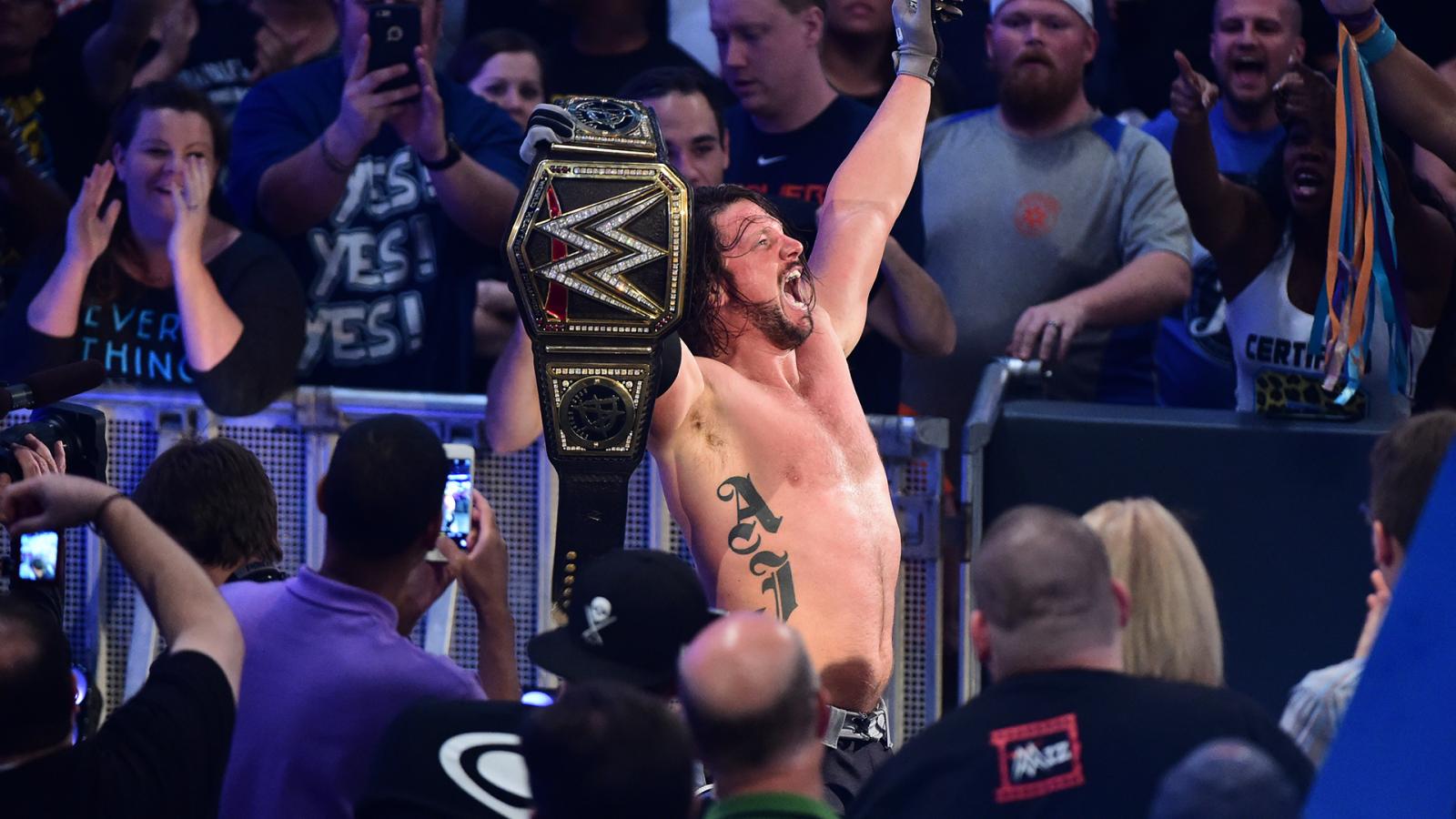