New Zealand would be playing a test series against No 2 test team India from 22 September 2016, on account of which New Zealand team coach Mike Hansen has warned the black-caps cricketers about the twisting condition that would be possibly created by Indian spin spearhead, Ravi Chandran Ashwin. Also Hansen believes that Indian condition are very friendly for spin attack and hence they are planning to play in with three spiners on their side in the opening game against team India.

Mike Hansen is quite amazed with the improvement of the three spinners of New Zealand team Mark Craig, Ish Sodhi and Mitchell Santner, although these trio has altogether played in only 34 tests. Mike believe that these bowlers are having a lot of potential and they are possible match winners for them in the upcoming series. Particularly Mitchell Santner had already impressed with his performance in the last tour against India.

While talking to media, coach Mike Hansen said, ‘India is a pretty stuff opponent and we would be starting the bowling with pace bowlers but for a short duration. If three spinners played in the test match then might be we will began with spin attack from the other end. We will also have to look that if we play with two left hand batsman against Ravi Chandran Ashwin then it would be a big challenge for us. We will have to study the conditions and will have to pick the best team based on this against the hosts.’

Hansen also praised his spin attack and he believes that they will play an important part in the team in the upcoming series. ‘We are a group of young spinners, Santner and Ish have been consistently doing good and we will have to give them enough chances to prove their worth in the team’, he added.

He further said that he was pretty much happy with the way Mark Craig came back in the last tournament, while he has made some serious changes in terms of his bowling technique & it looks like he is bowling pretty well these days.

New Zealand would be playing a three day practice match in Delhi against India between 16 to 18th September. Where as the original encounter between the two teams would began on 22nd of September at Kanpur.Normally Martin Guptill and Tom Latham opens the innings for the black-caps but Luke Ronchi can make a comeback in the playing eleven with the enormous amount of experience of playing spin bowling on his side. 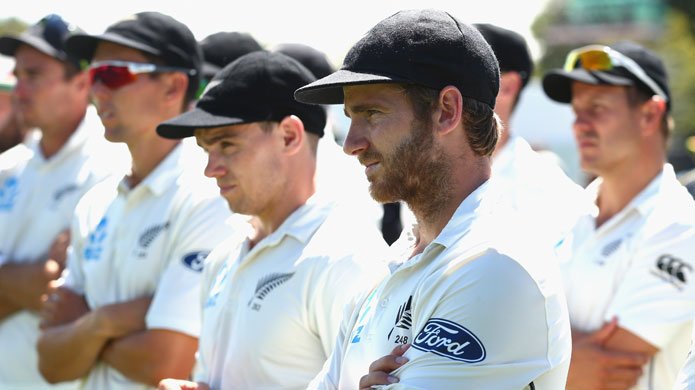