Super Rugby has only just begun but yet, its flaws are already clear. Just like last year, the New Zealand teams are dominant, while others struggle. It’s due to a combination of the confusion in tournament structure, as well as teams such as the Sunwolves, that SANZAR need to replicate the top 14 competition in France, and include promotion relegation. If SANZAR is really about growing the game, then this is a necessity.

83-17. You don’t have to be a fan of Super Rugby, just a fan of good rugby, to understand that scores like that can’t be seen at the professional level. The Hurricanes absolutely demolished the Tokyo based side (Sunwolves), in what was their first meeting with a New Zealand side since joining the competition last season. Last year, they got smashed around. You would think they would learn from that but clearly not. The side has only been together in pre-season for 17 days! Well short of the 3 months the other sides have had. It’s blunt, but a question of their professionalism has to be raised. If players aren’t available due to playing in the Japanese competition, then they simply aren’t available. Super Rugby should be the premier level of professional club rugby internationally, but teams like this simply don’t replicate that reputation.

They were included alongside the first Argentinian franchise in the Jaguars in an effort to grow the game. This in my opinion, is doing the opposite. Not many aspiring rugby players are going to dream of playing for a team who is getting belted every week. At the same time though, it’s good to see them in the competition. It provides quality opposition for the Japanese rugby players to verse, but with the way the tournament is structured right now, they won’t improve.

On the other side of the spectrum, the New Zealand teams are once again, off to a flying start. They are dominant, as seen in all games played by them last weekend. The issue for them though, is that one of these impressive sides aren’t going to make the playoffs. It ultimately comes down to money and making sure Australia, New Zealand and South Africa are all represented in the finals, but that just isn’t sport. Sport is about the best against the best, and that’s not what is being seen in Super Rugby come finals time. Take the Stormers as an example (last year). They topped their pool, quite easily in fact, only to lose 61-21 (at home) to the Chiefs. This was the Stormers first game against New Zealand opposition, and the difference in physicality and skill levels, was evident.

The solution? In the French system, their competition ‘Top 14’ has a promotion relegation format (as does the Aviva Premiership in England). This provides an incentive for all teams to give their all, right until the final whistle, of the final game of the season. Teams like the Sunwolves, can struggle all year, lack motivation, only to get told they get another year of it next year. If they aren’t up to it, they aren’t up to it. Promotion and relegation. How exciting that would be. Teams would verse opposition up to their level. In the Sunwolves situation, this would provide them with a chance to really work as a team, develop, and then when ready, they might earn themselves the chance to verse better opposition.

The format I would propose would be ten teams in two divisions. Only top and bottom move up or down (depending on division), but that can always be increased as expansion would be welcomed. On that, expansion. If this were to come to fruition and become a success, then SANZAR wouldn’t shy away from expanding. They could include teams from Fiji, Samoa, China even, as they would be able to develop against fair opposition.

After years and years of frustration. Of teams coming and going, for no reason at all. A possible solution may be here. It would keep fans interested, there’s no doubt about that. It’s up to SANZAR to discuss the possibility. Money shouldn’t be an issue, as under the Super Rugby brand, there would be more games played than there currently is. Another positive, would by finals time, multiple teams, representing multiple countries would’ve qualified. Fans will be on the edge of their seats, hoping, praying and cheering, all to see their team get promoted back to division one with ‘the big boys.’ Overall, it’s worked in multiple codes around the world. The drama and unpredictability that promotion and relegation brings, is like no other sporting format. On top of that, teams would get to play against opposition of a similar skill level. If this were to happen, the end to blowout score lines could soon become a reality. 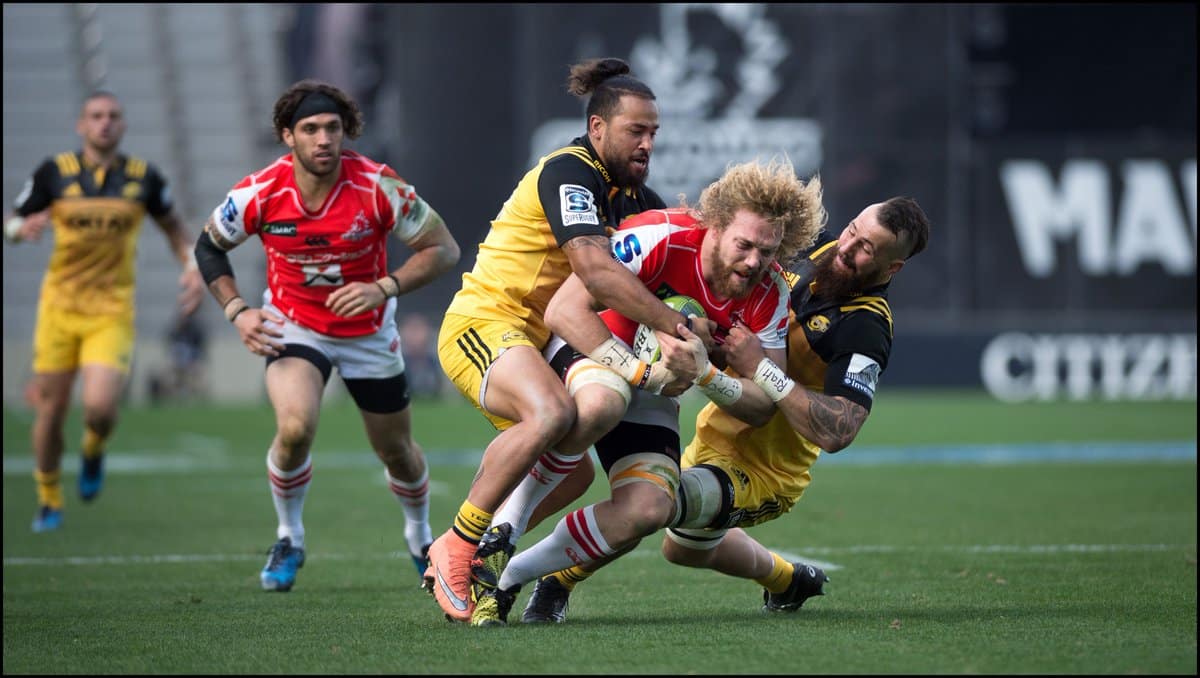