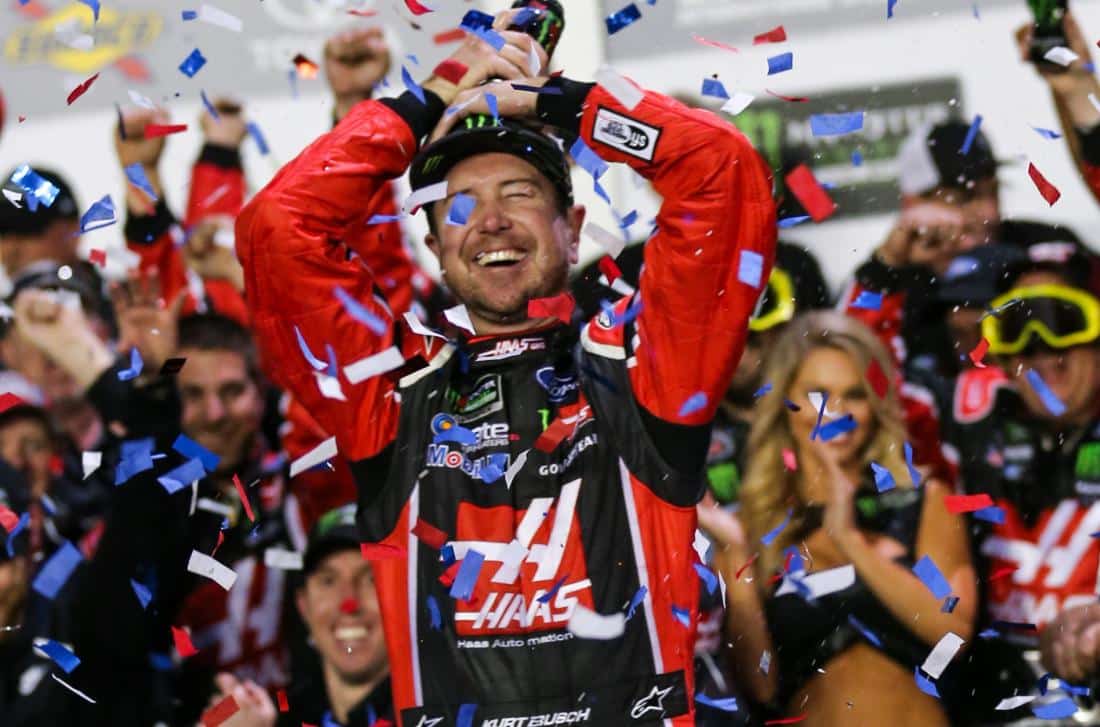 Kurt Busch won the Daytona 500 with a last-lap pass of Kyle Larson, giving new NASCAR Cup Series title sponsor Monster Energy a great start to its partnership with Nascar.Busch led only one lap and it turned out to be the only one that mattered.Busch passed Larson in Turns 1 and 2 on the final lap. Not long after Busch passed Larson, Larson’s car ran out of fuel and faded to the back.Chase Elliott led 37 laps of the race. He looked in good position to win the race, but he ran out of gas with three laps remaining.Elliot didn’t stick around for interviews.

“The more I run this race, the more I’ve learned to throw caution to the wind and let it rip,” said Busch, the 2004 Cup Series champion who finished second in the Daytona 500 on three occasions before finally tasting victory. “The performace of this team has been incredible. My rearview mirror fell off with 30 to go, and I knew I had to drive defensively. I couldn’t even see the cars behind me, just heard my spotter in my ear, once we made that pass. It’s just unbelievable to have all this teamwork to get us in victory lane.”

The first points race of the current era was run under a new format that split the 500 miles into three stages. Kyle Busch won the opening stage pulling ahead of Ryan Blaney to capture 10 regular-season points and one bonus point.Kevin Harvick won the second stage followed by Joey Logano,Kurt Busch, Brad Keselowski and Danica Patrick. Harvick, Busch and Patrick are all driving Fords for the first time.

Several big names were collected in wrecks on Sunday, including Earnhardt aswell as Two-time Daytona 500 winners Jimmie Johnson and Matt Kenseth,Kyle Busch, Brad Keselowski, Kevin Harvick and Danica Patrick. Nascar also passed a rule this year that will give teams just five minutes to repair any damage on their cars or they are forced to retire for the day.

“It just seemed like that could have been avoided and was uncalled for,” Johnson told Fox Sports after the wreck. “From the minute we got off Turn 2 I kept getting hit and lifting the rear tires off the ground. I know there was a lot of energy behind me in the pack but I didn’t have a chance.”