Jon Jones has cemented himself as a gifted athlete with a stellar resume of fighters he has defeated.

The greatest challenge Jon “Bones” Jones has ever faced is the man looking back at him in the mirror.

Jon Jones off to a stellar start

He captured UFC gold by stopping PRIDE FC legend Shogun Rua back in 2011 by TKO at 2:37 of Round 3 to become the youngest champion in UFC history. In a performance that looked like something ripped from a film he was the hero of the story and Rua Nameless Henchman No.7.

In May 2012, Jones was arrested on suspicion of driving under the influence after he crashed his Bentley into a telephone pole. Jones pleaded guilty to a misdemeanor DWI charge and avoided jail time.

The bad blood between these two is a mainstay of the Light Heavyweight division. They first met at UFC 182. In early December, Jones tested positive for metabolites of cocaine while training for his bout against Daniel Cormier. Jones was allowed to compete because the test was conducted out of competition, and he beat Cormier at UFC 182. He spent a day in a drug rehabilitation clinic before slipping out and never returning to the center again.

The build up to the fight had a simmering tension set between the two men and even when the camera’s were “off” both men spat venom in the other’s direction.

A lot was riding on this fight besides the UFC Light Heavyweight title. The talented champion with a turbulent past had his detractors to embitter and Cormier could not lose to someone he found so sleazy.

Both fighters have reveled in each others miseries in an out of the cage. When Daniel Cormier pulled out of their scheduled rematch for UFC 187 Jones had this to say. 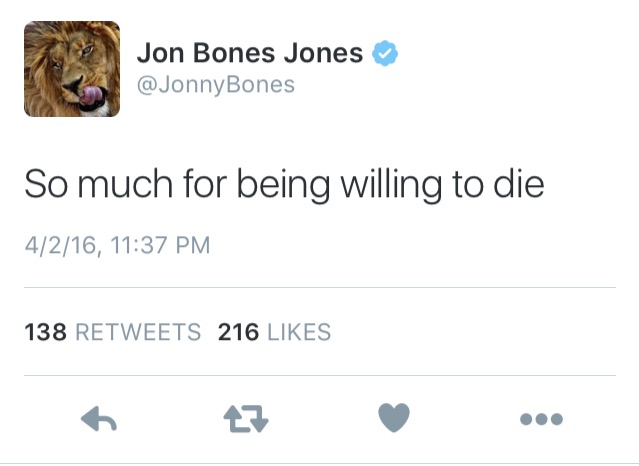 Cormier has used Jones’ run ins with law and his drug abuse as ammunition in plenty of press conferences and interviews too. It seems that if both men wish to break bread over this rivalry it will happen decades down the line.

Jones stripped of his title after hit-and -run

Jones was expected to defend his title against Anthony Johnson at UFC 187 in 2015. On April 28, 2015, Jones was stripped of the belt and suspended from the UFC indefinitely in connection with a hit-and-run incident.

The victim in question was a 25 year old pregnant woman who suffered a broken arm during the accident.

He was also pulled over again in 2016 and footage has emerged of his conversation  with the police.

On the Joe Rogan Experience Jon Jones gave his side of the story. He would party hard before his fights so if he lost the fight he would have a ready made excuse to give himself. This podcast platform allowed Jones to give a little more of himself to the public.

If you get a chance to listen to this episode you should. Joe Rogan gives him the Brendan Schaub treatment. Link below:

The rematch with Daniel Cormier and another failed drug test

Jones returned to the cage and defeated his long time foe with a stunning high kick and follow up punches to regain the Light Heavyweight crown. The whole scene had a film like ending, a disgraced former champion rises to the challenge and settles a score.

Except reality can have an unhappier outcome to its story lines as Jones tested positive for turinabol. Jones surrendered the Light Heavyweight belt and Daniel Cormier became the 205 pound champ again.

His USADA sanction finished and he has been cleared to compete since  October 28th, 2018.

Gustafsson and Jones have shared the Octagon in the past and it proved a treat. They face off in December in a highly anticipated rematch. The first press conference of the event concluded and both men came away hungrier for the win.

Does this rematch fix everything that Jones has done in the past? No, but it can be a starting point for a new chapter in Jones’ life.

Will Jones change for the better and develop stronger character? It all depends on the man himself.

Jones can only try to put his best foot forward in the coming months and years but the cycle of addiction has never been an easy one to break. It may all change for him at UFC 232, for better or worse, Jon Jones’s greatest opponent will always be Jon Jones.

Details of the rematch can be read below: 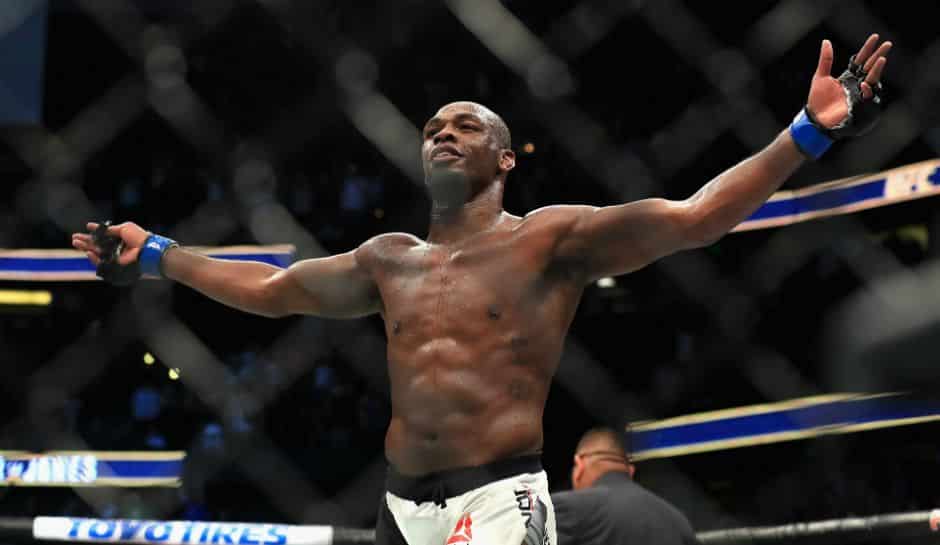