Sijara Eubanks missed weight at the official weigh ins this morning and missed the mark by 1.2 pounds. Officials held a curtain for her to strip off to try and make the weight limit but no joy.

Eubanks had garnered media attention with the UFC announcing they had renounced her title shot to remake Valentina Shevchenko vs. Joanna Jędrzejczyk for the Flyweight title.

She missed her initial shot at the Flyweight belt when she failed to make weight at the TUF 26 finale on December 1, 2017.

The former title challenger took to Twitter to give her response to the situation.

Of course this response changed once pro fighters began to weigh in (no pun intended) on the situation. The criticisms from the pro’s are valid and take a dig at professional misconduct.

Crazy amount of immaturity. First acts immature about not getting main event at 3-2. Then doesn’t do her job and make weight. Time to grow up and be a pro. https://t.co/r59DQMg7gU

This just made my day … not surprised at all . Shhhwing and a miss 😂👍🏼😂 https://t.co/ydfiD6MGca

She defended herself against these accusations of professional misconduct, stating that both fighters should mind their own business, their business being fighting for a living.

Here go @Benaskren sweating me again… my man you keep my name in your mouth, bruh focus on YOU. Geesh you troll hard. Atleast I can give @jessicaevileye a solid ass whooping, you’ll just wrestle me to death 😴

She has also had choice words for Joe Rogan because he did not know who she was. Again, not an attack on her personally but a statement about a relatively unknown 3-2 fighter.

Eubank’s title shot aspirations are not completely dead in the water, Yoel Romero,  Antony Pettis, and Darren Till among others have missed weight in their careers. Till went on to fight for the Welterweight title. Romero and Pettis were not eligible to win the title’s they were fighting for but still got to fight.

Her attitude about missing weight does not look great for her going forward.  If Eubanks wants to earn her shot again she needs to put forward the effort in weight cutting and her in cage performances. She still has her fight with Roxanne Modafferi this Saturday to think about so a flippant response might be best to stay focused on the fight ahead. If weight becomes an issue there is always the Women’s Bantamweight division to fight in. 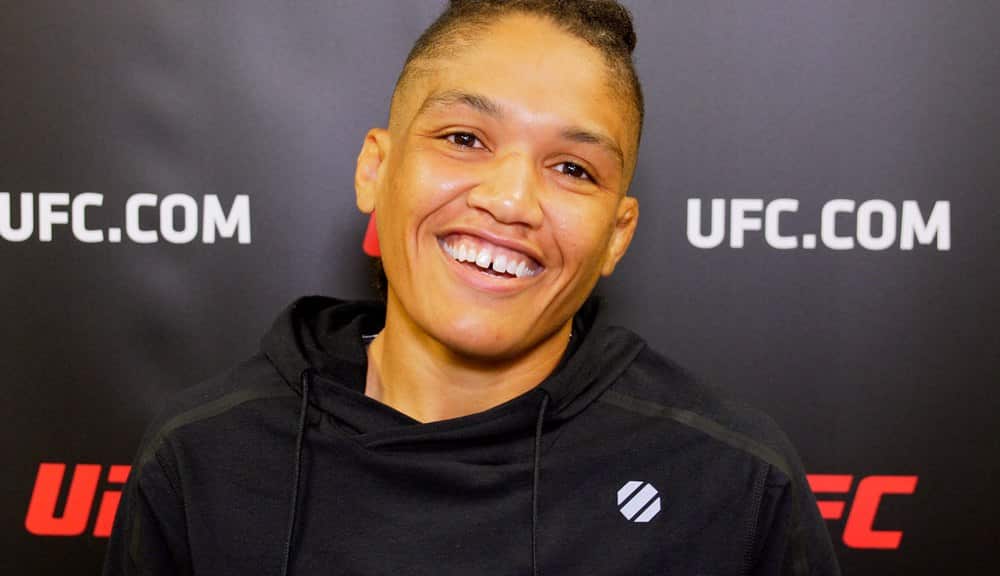