Last season’s runners up Chelsea are into the final four of the competition but they were made to work hard by a Sheffield United side who could and should have netted in the second period, but the hots got the job done to continue their remarkable run of form under Thomas Tuchel.

The Blades went behind un unfortunate circumstances midway through the first period when Ben Chilwell fired in a powerful low cross from the left and Oliver Norwood could only steer the ball beyond his own keeper Aaron Ramsdale and into the net, and Ramsdale himself twice had to keep out efforts from Christian Pulisic whilst Callum Hudson-Odoi then fired over for The Blues as they looked to finish the tie.

However, The Blades then had a decent spell and should have levelled when a cross from John Lundstram found David McGoldrick right in front of goal, but the striker somehow headed wide of the far post, it was impossible to miss, but he managed it, and The Blades were somehow not level. Kepa Arrizabalaga then saved well from Oliver McBurnie, and then Rhian Brewster saw a decent effort deflected into the side netting as The Blades searched for a leveller to take the game into extra time.

But with the visitors committing players forward to try and find that equaliser, Chelsea caught them on the counter in stoppage time and it ended with Hakim Ziyech firing a lovely effort past Ramsdale into the far corner, and Chelsea was into the semi-finals of the FA Cup.

The Foxes have never won the FA Cup, well after this performance against a poor United side who would bet against them changing that stat this season, they were superb in this one and with the in-form Kelechi Iheanacho banging in the goals they will the remaining sides left in front of the problems that is for sure.

United made several changes and left out the likes of Bruno Fernandes, Edinson Cavani and Luke Shaw for this one, a surprise to many considering this was a Quarter Final and a chance of silverware, and with a two week break to come as well, and Leicester looked the sharper of the sides in the opening half and grabbed the lead after some woeful defending from Fred, who received a pass from Harry Maguire before inexplicably passing the ball straight to Iheanacho who rounded Dean Henderson and slotted home, quite what Fred was thinking was beyond me, but playing out from the back did for the visitors there and you cannot give an in-form striker like Iheanacho a gift like that.

ALSO READ: Saints, Man City both net away wins to take their place in Semi-Finals of FA Cup

However, for all of Leicester’s good play in the opening half, they were to go into the break level after United managed to find a leveller as Paul Pogba’s ball into the box was left by Donny van de Beek and Mason Greenwood swept home the first time to give United a scarcely deserved leveller, would this galvanize the visitors to go on and win this tie in the second period?

The simple answer to this was no, as Leicester took control of the contest once again, and grabbed the lead early in the second period when Youri Tielemans was allowed to run and run at the United back line before firing a lovely effort into the bottom corner, United just backed off and allowed him to shoot, and it was fatal for the visitors, and with the Foxes, well on top they should have made it three when Jamie Vardy got the better of Maguire before shooting wide of the near post with just the keeper to beat, it was a huge miss and you hoped for Leicester’s sake it would not come back to haunt them.

Ole Gunnar Solskjaer was not enjoying what he was seeing and made four substitutes at the same time just past the hour mark to try and change things up and get his side back into the contest, so on came Fernandes, Cavani, Shaw and Scott McTominay to add some attacking threat to a United side who had barely troubled Kasper Schmeichel in the Foxes net, and for a time United threatened to put them under pressure but it never really materialised.

And with twelve minutes to go Leicester sealed their passage into the semi-final for the first time in almost four decades when a cross swung to the far post found Iheanacho who swooped to head back across goal and see the ball go in off the bar after Henderson did his utmost to keep it out, it was more poor defending from the visitors and they had been punished yet again by a Leicester side playing with a lot of confidence right now.

Fernandes saw a late free-kick well tipped over by Schmeichel, it was pretty much the only thing the Leicester keeper had to do in the entire ninety minutes, it had been a poor show from United and they will likely go another season without a trophy now.

The draw for the Semi-Finals:

The Foxes will fancy getting through to the final after they were drawn against The Saints although the Saints will have nothing to lose and will be confident, whilst City will have to see off a Chelsea side playing well under their new boss if they want to keep their quadruple chances alive, assuming they are still in the Champions League at that point, so that will be a tough assignment no doubt.

Both ties will take place at Wembley on the weekend of 17th/18th April. 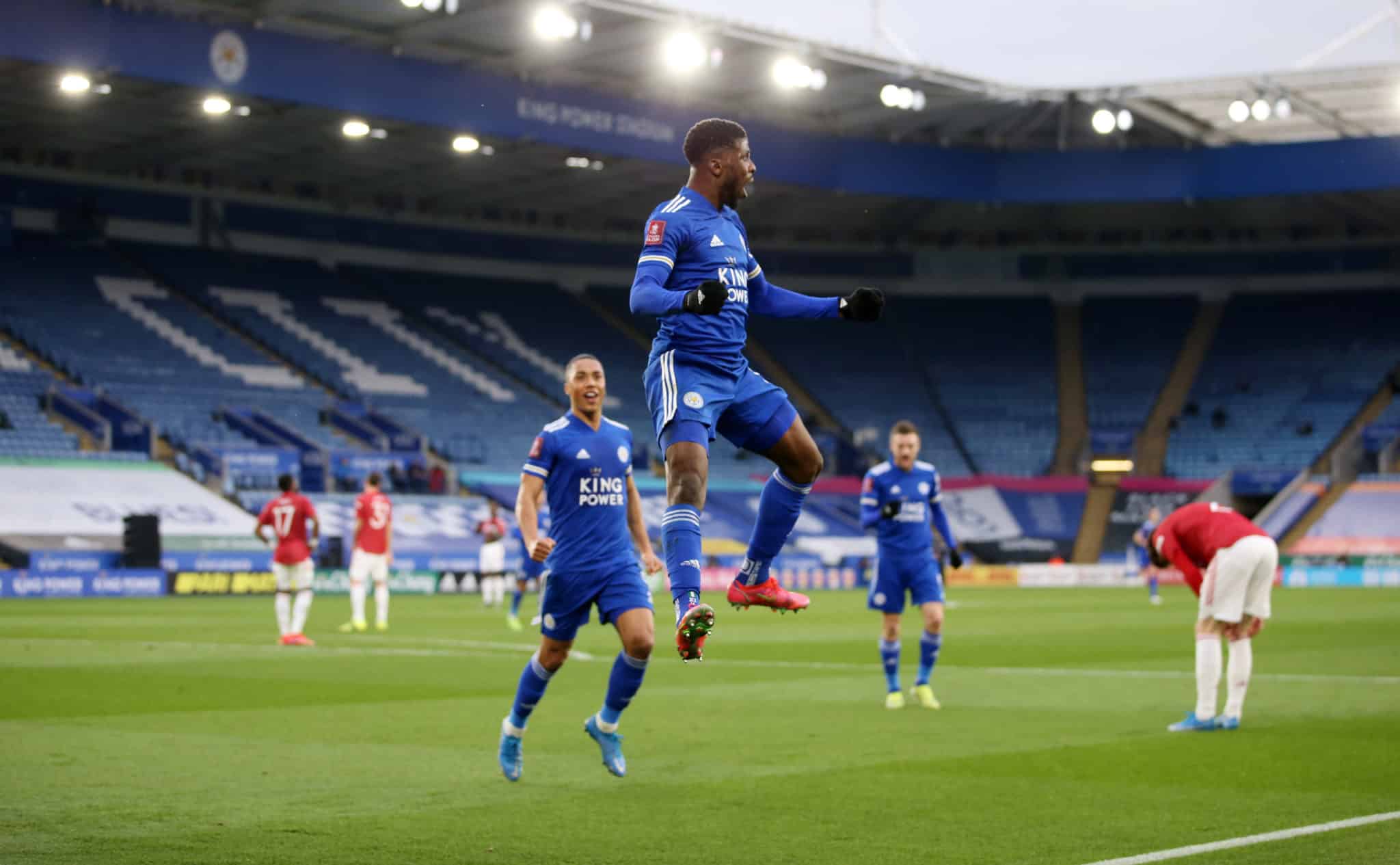