In the past couple of years, the Premier League’s top rivalry was between Manchester City and Liverpool. Both teams have been the most successful in recent times. Liverpool is the current reigning champion and a Champions League winner from two years ago. Manchester City has won a plethora of PL titles in the past decade, so experts were either tipping one or the other to lift the PL title every season.

However, this year has seen the long-standing rivalry between United and Liverpool reignited. Also known as the North West Derby, it’s the longest-standing PL rivalry and one of the biggest in the world. Premier League fans have been waiting for another bout of this titan fight for decades, and they can finally enjoy it to the fullest this year with the Reds showing impressive form by having the best away record in the league.

The inter-city rivalry is akin to La Liga’s El Clasico and Bundesliga’s Der Klassiker. Manchester City may be the team to beat in the last decade, but Liverpool and United have been trading blows for decades.

Each club has something to claim over the other in terms of historical supremacy. When it comes to the PL, United has 20 titles to Liverpool’s 19. The Red Devils won the PL title in 2013 for the last time, while Liverpool is the current reigning champion. While no one could have expected for the rivalry to be reignited this year, United is currently sitting second in the table with Liverpool trailing down in 4th position. Punters looking for Football Tips to sway their hand about who would be favourites this season would never have predicted these table positions based on last seasons form as Liverpool had become a real powerhouse whilst United floundered.

It’s been a pretty strange season in which United started on the wrong foot. Liverpool led the table for most of the first half season, with the Red Devils trailing over 10 points. However, Virgil van Dijk’s injury meant a lot of points dropped for Klopp’s team, and Manchester United saw the chance and took it.

We’ve still got half a season to go, so it’s hard to predict which team wins the title. Fans of both teams are hoping that their favourite lands the trophy. It’s more than just that – it also gives the winner bragging right over opposition fans for the next 12 months.

While it remains to be seen who wins the title, the upcoming North West Derby should give us a cleared picture. United is on a run these days led by Bruno Fernandes. The Reds might be missing van Dijk, but the team has enough star quality to beat any team it faces. The derby will be a tough test for both teams.

Historically, there have been a total of 204 matches between the Red Devils and the Reds. United leads the head-to-head with 80 wins, while Liverpool has won 67 times. The last time these teams met in January 2020, Liverpool won 2-0 with van Dijk and Salah striking to put the Reds ahead. The Dutch defender will miss the upcoming derby, but Salah is in great form.

United has been on a roll recently, with Bruno Fernandes in particularly great form. After almost a decade of non-relevance, the North West Derby is in full swing again, and we couldn’t be happier about it. 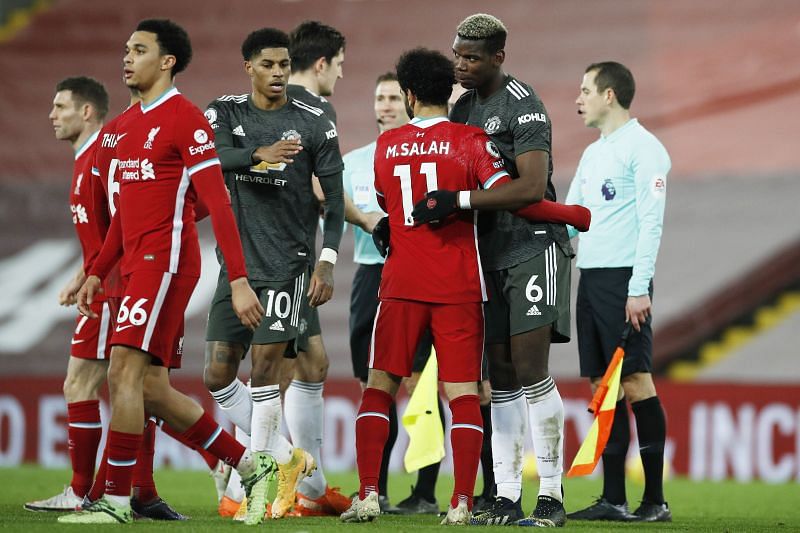