On the 27th of November, Gary O’Neil was appointed as Bournemouth’s new permanent manager after 12 games as interim head coach following the sacking of Scott Parker in August. But considering more experienced managers were on the list, including former Leeds United boss Marcelo Bielsa and Former Burnley manager Sean Dyche, is O’Neil the right man to keep the Cherries in the Premier League?

To answer that, we need to take a look at Bournemouth’s season so far and analyse some of the critical areas the former West Ham midfielder must address if he wants to steer the club away from relegation and keep his job in the years to come.

Arguably the essential aspect of any relegation survival campaign, O’Neil has to improve Bournemouth’s backline significantly. After 15 games, the Cherries have conceded 32 goals, the most of anyone in the division, including a thumping 9-0 defeat to Liverpool in late August, costing Parker his job.

In the summer, the club brought in defenders Marcos Senesi, Ryan Fredericks and Jack Stephens. While Senesi has performed well in certain moments this season, it hasn’t stopped the goals from flying past Neto or Mark Travers’ net. On the other hand, Stephens hasn’t played many games since his move to the Vitality, and Fredericks hasn’t pulled up any trees this season.

The South coast side has kept four clean sheets this campaign, the same as eight other teams, and considering most of their defence consists of players who won promotion to the Premier League last season, it might be a bit of a struggle to get more shutouts if O’Neil doesn’t make the defence more solid.

The ex-midfielder seems to have stabled the defence enough to pick up 13 points in his 12 games as interim head coach, leading the club to 14th place at the World Cup break. His achievements include two wins against Everton in the same week as they won 4-1 in midweek in the League Cup and a 3-0 victory the following Saturday.

From this, it’s understandable why the Cherries see O’Neil as a good fit for the job. However, the young coach also oversaw a 3-2 defeat against Tottenham and a 4-3 loss to Leeds United, and the Cherries led 2-0 and 3-1, respectively, during both games, yet couldn’t turn those leads into wins at fulltime. So if O’Neil wants to keep the club in the top flight, he has to work on the defence’s game management and ensure his defenders can hold their nerve during the late stages of matches.

It’s one thing trying to improve the defence, but any team who wants longevity in the Premier League needs attacking players who can score a fair amount of goals during the season. The club ranks 12th in goals scored this season with 18. So they are not the worst, but they are not too impressive for the newly promoted side.

Midfielder Philip Billing and striker Kieffer Moore are the Cherries’ top goalscorers, with four goals each, as last season’s top scorer Dominic Solanke, a striker, has only registered three goals thus far. A far cry from his electric form the previous season in the championship, which saw him score 29 goals, only beaten by Aleksandar Mitrovic with 43 goals.

However, other attacking players such as Marcus Tavernier, signed from Middlesborough in the summer, Jaidon Anthony and Ryan Christie also need to step up in the attack to relieve some of the burdens off Moore and Solanke. Midfielder Jefferson Lerma and wingers Tavernier and Anthony all have two goals each, while Christie has only one goal to his name this season.

Fortunately, Welsh winger David Brook accounted in May that he was cancer free and working hard to get himself match-fit again as soon as possible, which is fantastic news. But for now, O’Neil must work with his remaining attackers and find ways of getting them as high up the pitch to support the strikers.

Tavernier leads the assist stats for Bournemouth, with four of them this campaign, while Solanke has three and Lloyd Kelly and Lewis Cook have just two. However, as much as O’Neil needs to improve the attack, he also has to have the assurance that his attacking players can create good goal-scoring opportunities that Moore and Solanke can put away. As long as the attack can keep creating chances, they can take points off anyone and support their survival bid alive.

Similarly to Parker, O’Neil plays a 4-2-3-1 formation, which worked well during their charge to automatic promotion last season. However, it can easily be adapted to a 3-4-2-1, 4-3-3 or a 4-5-1 when attacking or defending, and this is something which O’Neil would’ve noted during his time as assistant manager.

Playing a high-pressing game, each player works hard to run at opposition players and try to win the ball as quickly as possible, helped by having a small pitch at home. Unfortunately, this also means their press can be beaten by just a couple of good passes and find themselves vulnerable at the back.

The Cherries rank 20th in possession with an average of 38.1%, which is unlikely to change as they look to soak up pressure and break on the counterattack. O’Neil’s men also find themselves bottom in gig chances created with 17 and on total shots per game with 8.1. However, this highlights their ability to take some of the few opportunities they do create as they look to climb away from danger.

Bournemouth do top the table in two things, though, and that’s in clearances per game with 25.3 and conceding penalties with five given away, showing once again the amount of pressure their willing to take in and how it has cost them when challenging for the ball in the 18-yard box. The penalty record, in particular, needs working on to avoid throwing away valuable points.

However, despite all the tactics and statistics available, they only tell half the story. The other half is on the pitch, and if O’Neil isn’t happy with the quality of his players, then he might look to dip into the transfer market and find good acquisitions who are up for the relegation dogfight.

Whatever O’Neil decides to do once the season resumes, there’s no doubt the 39-year-old has a big job. However, suppose he can keep the side’s good performances of late going and work to make the defence more resolute during the campaign’s second half. In that case, he is the right man to keep Bournemouth in the Premier League and build the foundations for longevity in the top flight. 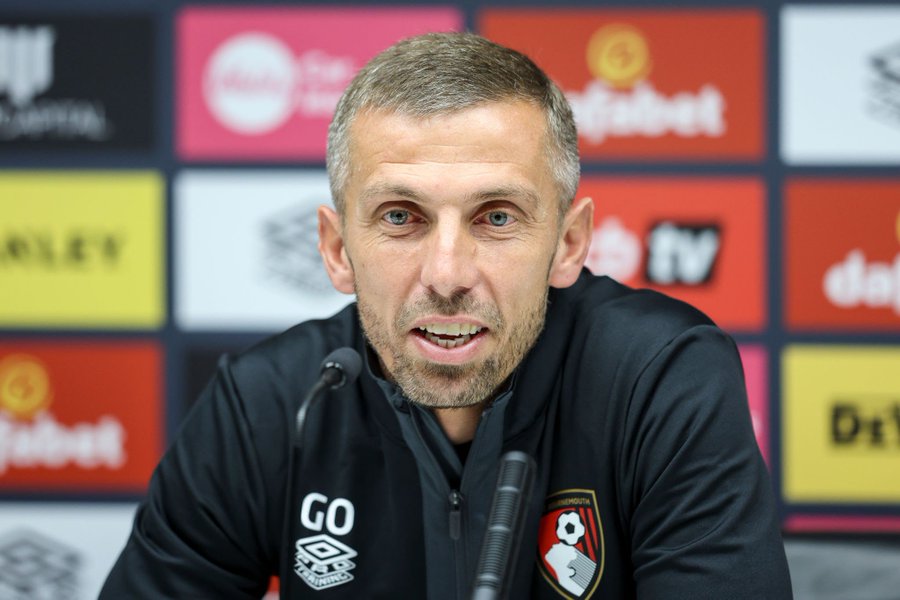