The final games of Matchday Three and the qualifiers, for now, took place on Wednesday evening, let’s see what went on…

Greece and Georgia drew in Salonika, Kakabadze’s own goal put the Greeks ahead but Kvaratskhelia levelled two minutes later to grab a point for the visitors, whilst Spain netted victory over Kosovo in Seville, Olmo gave the Spaniards a 34th minute lead before Ferran Torres doubled their lead, Halimi pulled one back for Kosovo with twenty to go but Gerard Moreno sealed the points by restoring the hosts two goal cushion fifteen minutes from time.

Spain leads the way with seven points, whilst Sweden is close behind, expect it to be those two battling it out for top spot, although Greece might have something to say about that and could challenge for second perhaps.

There were no goals in Belfast as Northern Ireland and Bulgaria drew a blank, whilst in Vilnius Italy grabbed victory after goals from Sensi and Immobile from the spot handed the Azzuri maximum points after three games.

Italy is in charge of the group then, with Switzerland the closest to them, you feel it will be those two occupying the top two spots come to the end of qualification too.

It’s three straight draws for Ukraine now after they were held at home by Kazakhstan, Yaremchuk had given the hosts a 20th minute lead but Muzhikov levelled just before the hour mark to grab the visitors first point of the campaign, whilst World Champs France saw a Griezmann goal on the hour mark enough to see of Bosnia & Herzegovina in Sarajevo.

France leads the way with seven points, whilst second place could really be anyone’s between Ukraine, Finland and Bosnia & Herzegovina when the Group finishes, doesn’t seem a lot between those three.

Israel bashed four past ten-man Moldova to get their first win on the board, the hosts did take the lead through Carp’s 29th-minute goal, but Zahavi levelled before Nicolaescu was red-carded for the home side early in the second half, and this allowed Israel to take advantage and net through Solomon, Dabbur and Natcho to net a 4-1 win.

Scotland also hit four as they thrashed the Faroe Islands at Hampden Park, McGinn gave the hosts an early lead before he netted again early on in the second half, and then Adams and Fraser netted thereafter to complete a satisfying evening for the Scots.

And guess what? The Danes also hit four but this was an impressive win in Vienna against Austria, all the goals came in a second-half period that saw all four come in a sixteen-minute spell, with the scorers Olsen a brace, Maehle and Hojbjerg as the Danes took charge of Group F.

Denmark is well and truly in charge of Group F then, three wins and fourteen scored with no conceded so far, with Scotland occupying second spot after their win over the Faroes, expecting a tussle between them, Austria and possibly Israel for second spot, although it’s likely to be Austria or Scotland who takes that spot.

Maguire smashed home with five minutes remaining to give England a big win over Poland at Wembley, the hosts dominated the first half but only had Kane’s 19th-minute spot-kick to show for it, but The Three Lions lost their way in the second half and saw an error from Stones pounced upon and saw Moder smash past Pope to level, but England was not to be denied the win and Stones made up for his error by heading back for Maguire to fire home into the roof of the net and hand England the win.

Hungary put four past minnows Andorra in Andorra la Vella, it took them till first-half stoppage time to break through though as Fiola netted, and then Gazdag, Kleinheisler and then Nego added further goals to make it a more comfortable second period for the visitors, the hosts did at least have something to cheer at the end when netting through Pujol’s 93rd-minute spot-kick, but Hungary ran out easy winners in the end.

Albania got their second win in three games after seeing off minnows San Marino in Serravalle, the hosts held out for 63 minutes but saw Manaj break the deadlock, and then the visitors added a second with five minutes to go through Uzuni to seal the deal.

England is in charge of the group after that late win over Poland, Hungary sit in second spot with Albania close behind, but you would expect Hungary and Poland to battle it out for the runners up spot, unless they can upset the apple cart and topple England, but you feel England should win the group with the talent at their disposal.

An extraordinary second half saw Armenia net two goals in the final few minutes to make it three wins from three in the group after downing Romania in Yerevan.

A goalless first half gave way to a second-half which saw Spertsyan see an effort from outside the box deflect first of a defender and then off the keeper’s hand and then in off the post to give Armenia the lead, but the Romanian’s fought back and levelled just past the hour mark when Cicaldau diverted a cross past the keeper, and then he headed home via a deflection ten minutes later to seemingly have the visitors heading for the win.

Puscas though was then sent off for Romania for a high foot, and with three minutes left skipper Harayan got on the end of a cross to fire Armenia level, and then two minutes later Barseghyan converted a spot kick to send a passionate home crowd wild and hand the hosts a fifth straight win.

Iceland got their campaign up and running after two disappointing defeats by hitting for against minnows Liechtenstein in Vaduz, first-half goals from B. Saevarsson and Bjarnasson had the visitors two up, and then Palsson netted a third with thirteen minutes to go.

Frick did pull one back for the hosts but a 94th-minute goal from Sigurjonsson capped a fine evening for the visitors.

The big shock of the night though came in Duisburg though as Germany were humbled at home by North Macedonia. 37-year-old Pandev gave the visitors a shock lead in first-half stoppage time, but Gundogan levelled from the spot just past the hour mark and you felt the Germans would go on and take the win, but with five minutes to go Elmas struck for the visitors to cause a huge surprise in Group J and leave the group wide open.

So, who had Albania top with maximum points after three games with North Macedonia second and above the third-placed Germans? No neither did I!!!  It had certainly thrown the cat amongst the pigeons you could say, although you still expect Germany to find something and win the group, but tonight’s results have certainly made it an interesting one indeed!!!

That’s it for the European World Cup Qualifying now till September, attention now turns to the Euros in the summer, let’s hope that can go ahead and it is a tournament that can be a success and attended by fans too!!! 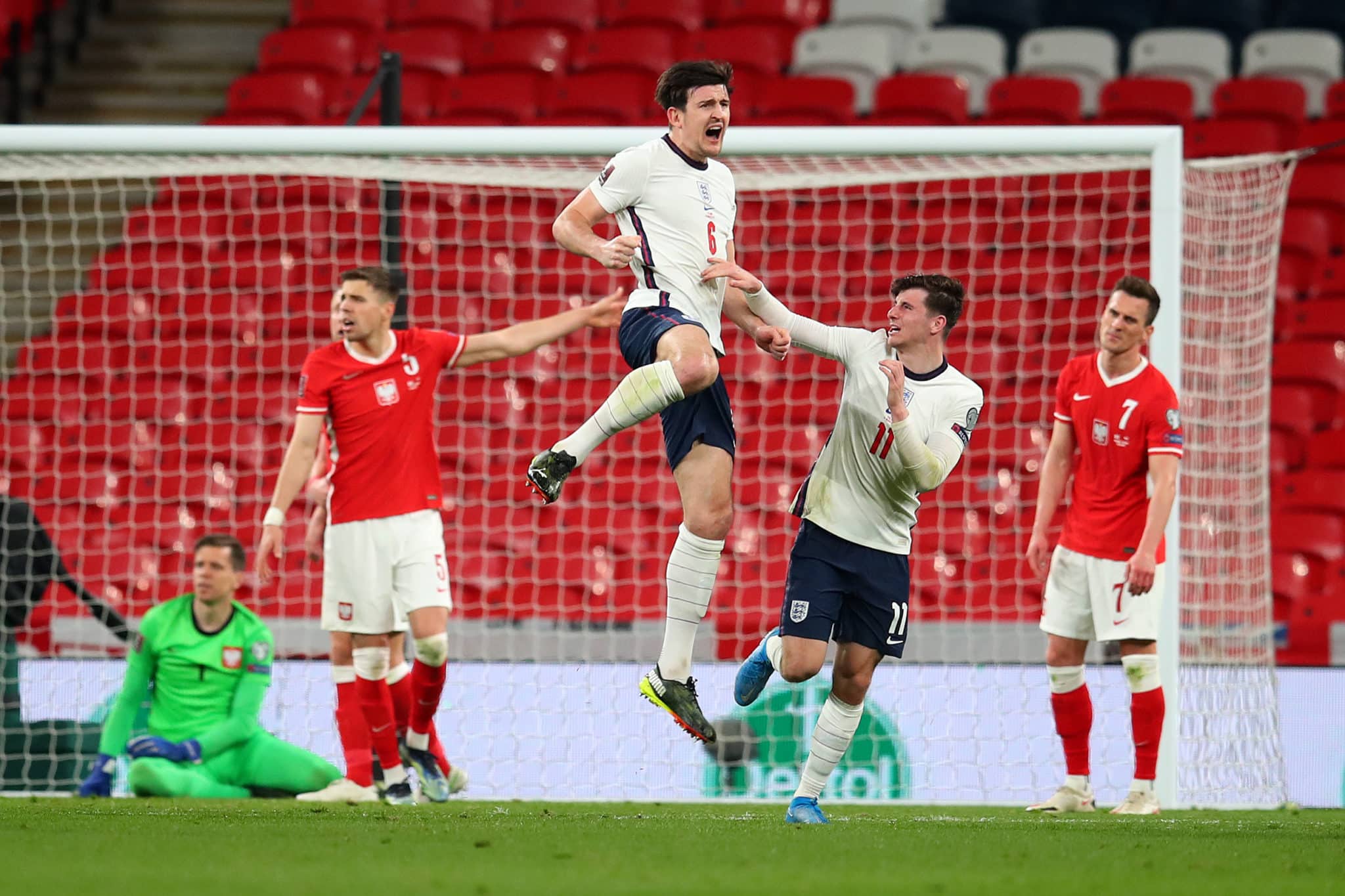