When announced in late January that the Detroit Lions and Los Angeles Rams had worked a deal to exchange quarterbacks I was excited. It did feel bittersweet; it would have been a fairytale story if it was Matthew Stafford who took Detroit to the promised land after so many years of service, but it was undeniable that the Lions were holding Stafford back and we would now, finally, be able to see him play to his full potential.

Although stymied by the curse of the Detroit Lions, Stafford has put together an incredible career so far, playing consistently well and sprinkling in some magical highlight-reel plays every season. After twelve seasons in Detroit, he had racked up over 45,000 passing yards, 282 touchdowns, and was sixteenth on the all-time passing leaders list. (See Matthew Stafford’s full career stats here.)

Stafford was at his best while playing with Calvin Johnson. The Megatron Years showed what Stafford is truly capable of when he has high-quality players supporting him. The high watermark of their time together came when Detroit defeated Dallas in Week 8 of the 2013 season. In a masterful display of quarterback play, Stafford threw for 488 yards, 329 of which were to Johnson. This game was just one of many career highlights (see the fake spike in the same game and the separated-shoulder touchdown-pass in 2009) which prove the calibre of the man, the pure talent Stafford possesses and the level he is capable of playing at.

The 2021 Rams remove all doubt about the surrounding cast. The obstacles which held Stafford back in Detroit have all been cleared away; this is his chance to show those who hadn’t yet realised that he is, in fact, one of the best quarterbacks in the league, and has been for several years.

The offensive line in L.A. is solid, being able to stand and survey the field in a strong pocket is a luxury Stafford hasn’t always had, and it has yielded immediate results this season. Likewise, in the running game, the Rams’ O-line can push defences around and open up good running lanes for their backs to exploit. A devastating run of injuries to the Rams’ running backs this season will limit how effective their run game can be.

That said, Stafford may be the best player to overcome such a situation, having never really had a top-tier running game before. Despite not having much impact in the first three games of the season, I trust head coach Sean McVay to scheme up ways for the Rams’ running back committee to become more effective over the coming weeks.

McVay constitutes a competitive advantage for the Rams. McVay is a young, innovative, offensive-minded head coach, able to create bespoke week-to-week game plans which exploit opposition weaknesses and emphasise what the Rams do well. The Rams have been a good team in the years leading up to Stafford’s arrival, making the Superbowl in 2018 and the divisional round of the playoffs last year. Stafford may prove to be the missing piece of the puzzle they need to win the Lombardi Trophy.

The vision and boldness of General Manager Les Snead to target those puzzle pieces have paid off. The Rams’ roster is loaded with talent and helps Stafford on both sides of the ball. With a good offensive line protecting him, wide receivers getting open downfield and an imposing defensive unit keeping other teams from scoring and causing turnovers give Stafford the best chance to succeed. Moving to the Rams was the best possible outcome for Stafford.

It is showing already. Through three weeks the Rams are 3-0 and in week 3 defeated defending Superbowl champion Tampa Bay Buccaneers. The road to the playoffs will be tough as the NFC West looks like one of, if not the, toughest division in the NFL. But if you can beat the Bucs you can beat anyone.

Stafford has always been a good quarterback. Now he is on a team worthy of his greatness. I believe the potential exists for the second act of Stafford’s career to be one of the best periods of quarterback play in NFL history. 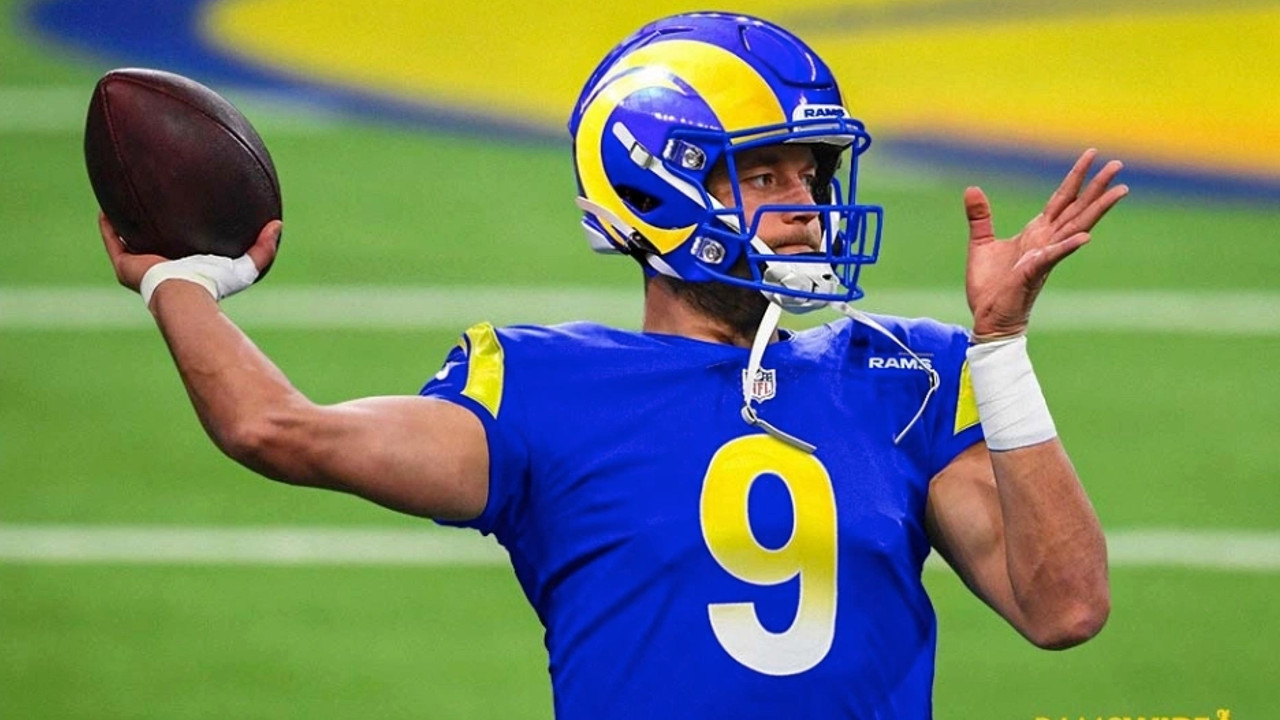