When the Milwaukee Bucks lifted the Larry O’Brien Championship trophy to a frenzied crowd, everyone felt a sense of curiosity. Everyone looked to the future, anticipating what would happen next. Some teams looked to the draft. Others picked up free agents and swapped players. And even more tried to settle internal disputes, looking to calm the roaring storm inside their organization.

The NBA’s Central Division did all of that.

Most Midwestern basketball fans sweated their way through the offseason, energetically following the latest gossip, celebrity sightings, and departures. Crazy trade rumors? You got it. Possibilities of your young core being broken up? For sure. Doubts of repeating your team’s incredible feat? There was lots of that.

For the Central Division, the offseason was a crazy one. The 20/21 season might have been crazier. The Bucks, Pacers, Bulls, Cavs, and Pistons all prepared for the upcoming(for some teams, it could be called impending) season. Below, I’ll break how they did last season, what they did in the offseason, their season outlook, and one player to watch.

The Bucks Look Set To Dominate NBA’s Central Division. But What About The League?

The Milwaukee Bucks won their first championship in a long time. Their road to success came off a solid regular season, where they finished with a 46-26 record. They then swept Miami in the first half, winning four straight. After defeating the Heat, the Bucks took down the Nets in an intense seven-game series.

After besting the Hawks in six, they birthed their catchphrase, “Bucks In 6” en route to beating the Suns to claim the Larry O’Brien Trophy.

Although the Milwaukee Bucks won the NBA Championship, they haven’t strengthened their squad as much as their contemporaries. Adding Rodney Hood, Grayson Allen, and George Hill will help with the bench rotation. However, I can’t see any additions breaking through and making Milwaukee a super team. Losing defensive stud and sneakerhead PJ Tucker will hurt the team’s ability to limit scoring like they did last year. They’ve proven they can be a defensive gnat without him, so it shouldn’t hurt a lot.

The Bucks did well this season, and they’ll do well again. Jrue Holiday and Khris Middleton can not only distribute the ball to others, but they’re also versatile and can also shoot from range. Having Giannis Antetokounmpo on your team will always make your team pretty good. And they’ve also got a rotation that can excel defensively. There shouldn’t be anything that makes them stutter as a team. Fatigue, tough matchups, and general bad luck could play a role in a postseason exit.

Although they kept their core and added good players, they haven’t done enough to keep up with the Lakers or the Nets in terms of star power. Even though they might not repeat, they’ll probably still emerge with NBA’s Central Division title in hand.

Can The Pacers Rebound From A Disappointing Season?

Indiana’s last season culminated with the Pacers being eliminated by the Wizards in the play-in round. It was a disappointing season for the squad, and they fired their head coach as a result. Now, with familiar face Rick Carlisle at the helm, they look to break up an Eastern Conference dominated by the Atlantic Division.

Their effort to build a contending team started with the offseason. The Pacers resigned sixth man TJ McConnell and didn’t do much else the rest of the offseason. I guess a change in concepts and tactics was enough for the Pacers, who didn’t really acquire anyone of note except for Chris Duarte.

Indiana doesn’t look like the George and Stephenson-lead teams of yore. Malcolm Brogdon and Caris Levert lead a lethal backcourt while Domantas Sabonis and Myles Turner start for a weaker frontcourt. If the quartet can be in action for most of the season, they look guaranteed to make the playoffs. That wasn’t the case for last season(shown by their middling 34-38 record), but they can rebound from their disappointing season. The Pacers should be a dominant force in NBA’s Central Division.

One player to watch is Domantas Sabonis. The face of the Pacers has been selected as an All-Star for two seasons, and he’ll look to make it three by replicating his good performances. Sabonis averaged 20.3 ppg, 12 rpg, and 6 apg. Those are stunning numbers, and they justify his All-Star selections. If he can lead his team further into the playoffs, he’s cemented himself as one of the NBA’s best big men.

Upgraded Roster Means The Bulls Are A Danger To The NBA

The Bulls had an OK squad and even acquired Nikola Vucevic towards the tail end of the season. Chicago ended the season nicely, even though they didn’t make the playoffs. The Bulls acquired a pretty good squad, and their offseason may help them contend in NBA’s Central Division.

Coming off a 31-41 season, the Bulls acquired many players. Demar Derozan(4x NBA All-Star), Ayo Dosumnu(gold medalist with the U18 National Team), Lonzo Ball(NBA All-Rookie Second Team), and Alex Caruso(defensive menace, three-point ace) all signed with the Bulls. They had one of the best offseasons in the NBA, meaning they could contend for a playoff berth.

The Bulls could be a playoff contender if most things go right. Zach Lavine, Demar Derozan, and Nikola Vucevic make up a big three. Although it won’t compete with the Bucks, it could give them a better record than last season. The only concern I have is the team outside the big three. Starting power forward Patrick Williams posted OK numbers but will miss games with an ankle injury and won’t play for around 4-6 weeks. His backup, Troy Brown Jr., doesn’t have the offensive depth that Williams has. Lonzo Ball is good for the Bulls and has improved since his rookie year. His struggles with shooting at the line could haunt the Bulls in clutch situations.

One player to watch is Montenegrin playmaker Nikola Vucevic. Vucevic was drafted by the 76ers but spun to the Magic in a four-team trade. Vucevic has spent his whole career with the Orlando-based squad, but he hasn’t been able to transform the team into a contending side. Enter the Bulls. Chicago can give Vucevic what he needs if the pieces fall into place. The 2x NBA All-Star shouldn’t have any trouble stuffing the stat sheet, but he’s worth a look to see whether he can get his first deep postseason run. NBA’s Central Division

Collin Sexton has been the subject of numerous trade rumors. Sexton earned 24.3 points per game along with 4.4 assists per game and a steal per game. He’s been coveted by almost every general manager in the league. Darius Garland, his backcourt partner, posted similar stats(17.4 points per game, 6.1 assists per game, .395 3P%). 6’11’ Jarrett Allen, traded midway through the season by the Nets, was close to averaging a double-double for the Ohioan team(13.2 points per game, 9.9 rebounds per game). Although they have a good, young, and dangerous core, Cleveland earned a horrendous 22-50 record.

Their quest to improve began in the offseason. The Cavs dealt Taurean Prince to Minnesota for backup point guard Ricky Rubio. They acquired Lauri Markannen, Denzel Valentine, and Euroleague star Kevin Pangos. With the third overall draft pick, they got USC center Evan Mobley, who had a solid stat line in college. So far, although they might not be up with the Lakers or the Nets, they still look like they can improve from their record.

The offseason came with its fair share of drama too. Questions were raised about how Allen and Mobley would fit in a 7’0” frontcourt, and aging Kevin Love had his fair share of controversies. But the drama shouldn’t impede their chance to succeed.

Sexton, Garland, Allen, Mobley, and Isaac Okoro(defensive stud) need to stay healthy for this team to succeed.
If they can go above and beyond, you could see them contend for a play-in spot.

One player to watch is gold-medalist and Auburn alumni Isaac Okoro. Okoro was named to the SEC’s All-Defensive Team, All-Freshman Team, And All-SEC Second Team. Although he didn’t win March Madness, he entered the draft with confidence. He was picked with the 5th overall pick and shone as a defensive playmaker but an unreliable shooter. If he can improve on his free throws and his shots from range, he’ll be one of the better players in the NBA’s Central Division.

Oklahoma State’s main man, Cade Cunningham, will be forced to take on a big task: he’ll have to lead one of the worst teams in the NBA. A point-forward with immense potential, Cunningham will need to step into a role with lots of expectations.

Entering the 2021/22 draft, the Pistons had a lot to look forward to. Even though their 20-52 record wasn’t a cause for celebration, they had the number one overall draft pick in their possession. They knew who they were going to use it on. Fast forward a couple of weeks after drafting OSU star Cade Cunningham and the Pistons are gearing up for the offseason.

Detroit doesn’t look like they’ll immediately bounce right back into the playoffs. They’re undergoing a slow, patient rebuild that starts with Cunningham, sophomore Killian Hayes, and the rest of the gang. They probably won’t make the playoffs. Another lottery season lays in wait.

One player to watch is Killian Hayes. This season is a make-or-break season for him. After not being able to score at will, the Frenchman will want to make sure his scoring production is as prodigious as his assisting and playmaking. He has a lot to improve on this season, but his upside is immense. He can definitely be one of the better players in the NBA’s Central Division. 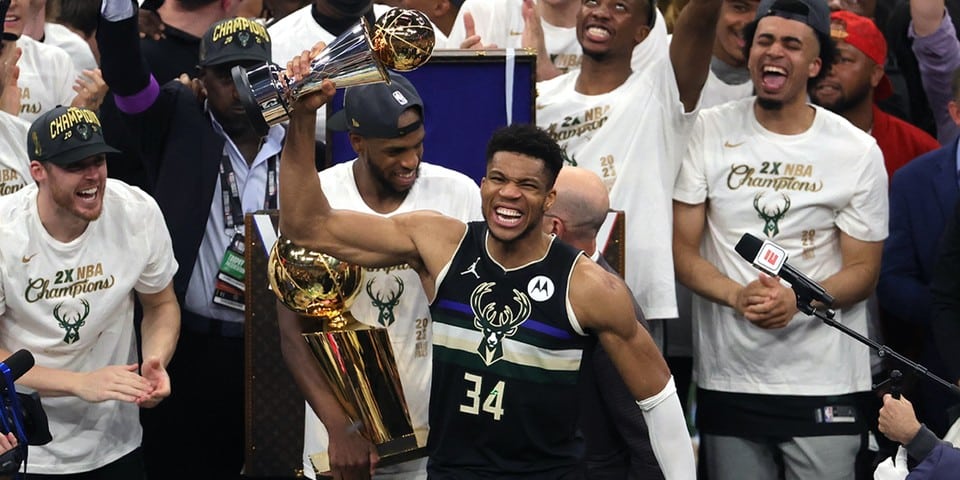