Cameron Green would take the first 3 wickets as Australia would run through the England order again on the third and final day of the fifth Ashes Test at Hobart.

Resuming on 37/3, the hosts would add 10 to their overnight score before Scott Boland would edge behind to Sam Billings off the bowling of Mark Wood (pictured below) for 8 before Travis Head would go to the same combination for the same score. The sixth wicket to fall was Steve Smith, caught in the deep by Dawid Malan to give Wood his third of the morning, for 27 before Cameron Green would be LBW to Stuart Broad for 23.

Mitchell Starc would be caught by Ollie Pope at short leg off the bowling of Wood for 1 with Alex Carey and Pat Cummins resuming after lunch with 40 and 12 not out respectively.

Carey (pictured below) would be the ninth man out, caught behind by Billings off the bowling of Broad, for 49 before Cummins would be bowled by Wood for 13 – the English paceman finishing with career-best figures of 6/37 as England would require 271 to win.

England would get to 68 before losing their first wicket, Rory Burns bowled by Cameron Green for 26 off the final ball before tea – Crawley sitting 32 not out at this stage.

Malan would fall in the same fashion to the same bowler for 10 before Crawley would be caught behind by Carey to give Green (pictured below) his third wicket for 36. Ben Stokes would be the next man out, caught in the deep by Lyon off the bowling of Starc, for 5 before Joe Root would be bowled by Boland for 11. 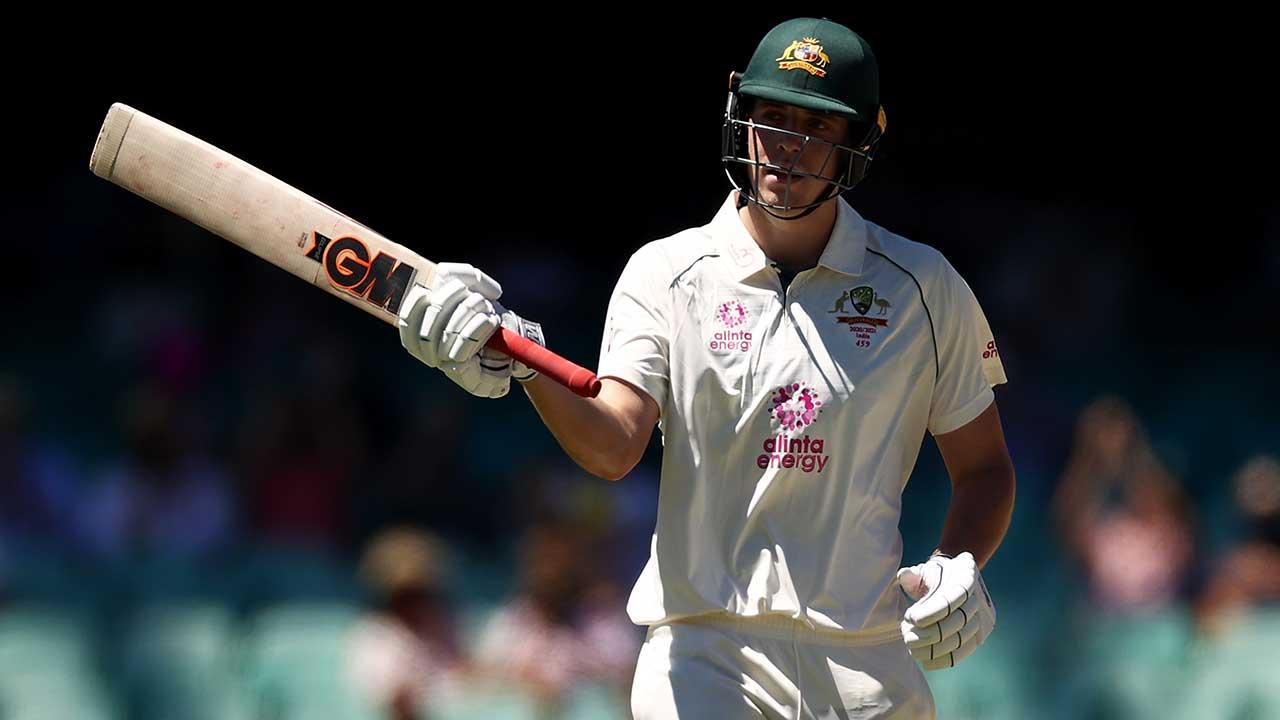