Towards the end of Thunder vs Rockets game last Friday, the home crowd began to chant MVP in regards to Russell Westbrook’s 7th straight triple-double. Westbrook’s tremendous triple double run has only been matched by one other player in NBA history, that being Oscar Roberson.  With a season performance such as Westbrook’s, it should be only logical to consider Westbrook one of if not the top contenders for MVP this season. In fact, prior to the Thunder vs Rockets game, many would claim that Westbrook was the top contender for MVP honors this season, however, during the game, Westbrook faced off against another top contender in James Harden who showed fans that the MVP race is closer than it seems.

Harden has been playing great basketball under new head coach Mike D’Antoni this season. He currently is averaging around 28 points per game, 7 rebounds per game and 11 assists per game.  Alongside from this, he has also carried his team, offensively at least, on his back and led them to become one of the premier teams in the western conference (which is as to be expected) . However, with all this being said, Harden performance was still flying under the radar as Westbrooks triple double streak took the NBA by storm.  Due to this Harden needed a big-time performance at the Rockets vs Thunder game to make a valid case for his MVP contention, and as expected, he did as the Rockets gave a loss to the Thunder with a 103-99 victory.

To answer’s Russell Westbrooks 27 points 10 rebounds and 10 assists, Harden nearly recorded a triple-double of his own with 27 points 12 rebounds and 9  assists. While it is true than Harden also turned the ball over 8 times and even could have cost them the game with one of his turnovers occurring late in the 4th quarter, Russell Westbrook also had a substantial amount of turnovers, 8 in total, and missed a shot that could have sent the game into overtime. With this win, the Rockets are now 16-7 and tied for 4th in the western conference If James Harden is able to keep up his level of play and lead the Rockets to a top 3 seed in the western conference, it is highly possible that he could surpass Russel Westbrook’s constant triple doubles and take home his first MVP title. 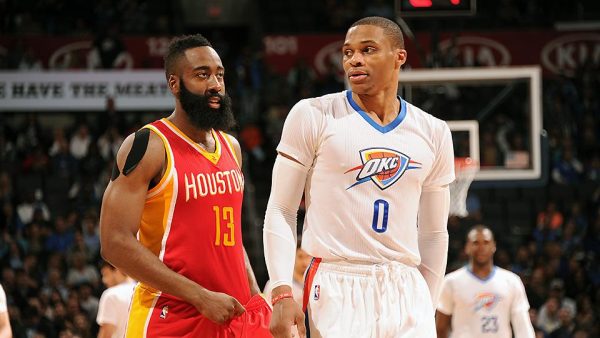