Golf returned for 2021 as the PGA Tour had it’s first two tournaments in the Hawaii swing with both the Sentry Tournament of Champions and the Sony Open in Hawaii, and both saw plenty of terrific golf played in wonderful locations.

The Sentry Tournament of Champions is pretty much what it says in the tin, all the winners from the tour events over the previous year make up a select field, although this year it was slightly different due to the Covid situation, so the twelve winners so far this season would be joined by the top 30 who contested the final round of the FedEx finale last season, making up a quality field of 42 players.

And the venue, Kapalua, Maui, a beautiful place for these players to open their 2021 as the 2020/21 FedEx Cup season continued, so who would come out on top?

Well, for the entire tournament it was very tight at the top with some very good scoring, and as the tournament headed into the final round Harris English, Ryan Palmer, Justin Thomas, Daniel Berger, Sungjae I’m were all within a shot of the lead, with Joaquin Niemann, Zander Schauffele and several others knowing good last rounds could see them right in the mix.

English, who had been at the top for the whole tournament, shot his highest round of the week in his final round, as did Palmer, which allowed others a chance, and Niemann was the one who pulled himself up from five shots back to lead by two at one stage, and it came down to him posting a target for English to aim for.

The Chilean had the chance to birdie to birdie the Par 5 eighteenth, but missed, meaning he posted twenty-five under for the four rounds, and with English coming down the last one shot back, he knew what he needed to do.

A good tee shot left him a chance to reach the green in two, although most people were easily doing that anyway, making the last an easy birdie hole, and his second shot was a beauty, and he had a very makeable eagle putt to win the competition.

He missed his putt through and tapped in for birdie. Meaning the first tournament of 2021 would go to a playoff, and both Niemann and English fired excellent tee shots down the eighteenth on the first playoff hole too, meaning it would most likely come down to the second shots.

Niemann went first and almost messed it up, mis-hitting it and almost finding the weeds and horrible stuff in between him and the green, but it just cleared that area and found the green but tumbled off the side and into the bunker for a very tough third shot, whilst English hit his second miles away but on the good stuff.

English got his third to within ten feet whilst Niemann duffed his bunker shot onto the edge of the green, so advantage English, and after Niemann could only make par, English had another putt to win and this time he made it to win his first tournament on tour for eight years, so the emotion was clear for all to see.

The second tournament of 2021 saw the tour move onto Honolulu for more stunning views and weather, so who would grab a win in this one?

The scoring again was fairly decent, as you would expect with top-class golfers, and this time there was a normal-sized field and a Cutline after two rounds, as this was the first tournament open up to all players on the tour.

Niemann had another good week but had to settle for a runner up spot for the second week running, whilst Morikawa and Berger again had solid tournaments after good showings last week, and it was a much better week for Hideki Matsuyama, who ended T-19th in this one after being the only player to shoot over par over four rounds in last weeks tournament to finish last.

Last week’s winner English could only manage T-32nd this time around, but it is rare that someone wins two weeks on the spin, so no surprise there, but three of the four rounds were in the 60s so it was more solid golf from him.

The winner this week? That was Kevin Na, who held off the challenge of Chris Kirk, Niemann and others to win by a shot after posting a winning score of twenty-one under and take the Sony Open in Hawaii title.

Na shot a superb round of 61 on Saturday to set this victory up and followed that up with a 65 to take the crown, that was one of two 61s on moving day too as Brendan Steele also shot that number on his way to a Tie for Fourth, so two fabulous rounds there that are worth a mention.

So, well done to English and Na for their successes, this is how the FedEx Cup standings look after those two tournaments… 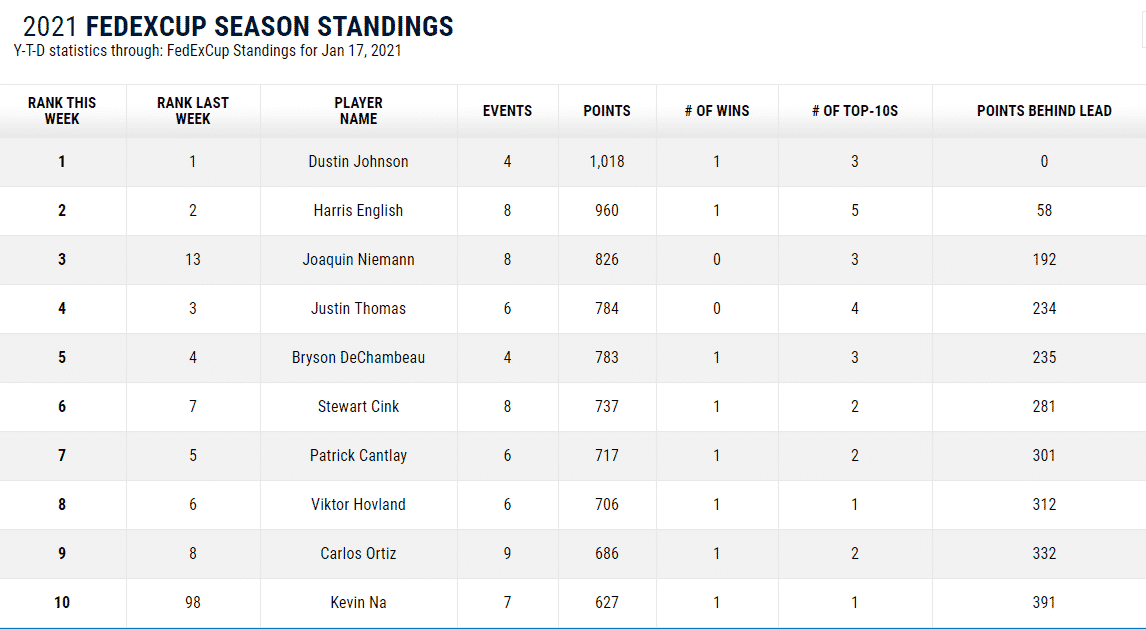 Dustin Johnson leads the way, whilst English’s win at Sentry Tour of Champions saw him just 58 points behind in second, and Niemann’s two runners up finishes have seen him into the third spot.  Kevin Na has also climbed into the top ten after his win at The Sony Open of Hawaii.

The Tour now moves onto California and The American Express tournament at PGA West in La Quinta, which begins on Thursday. 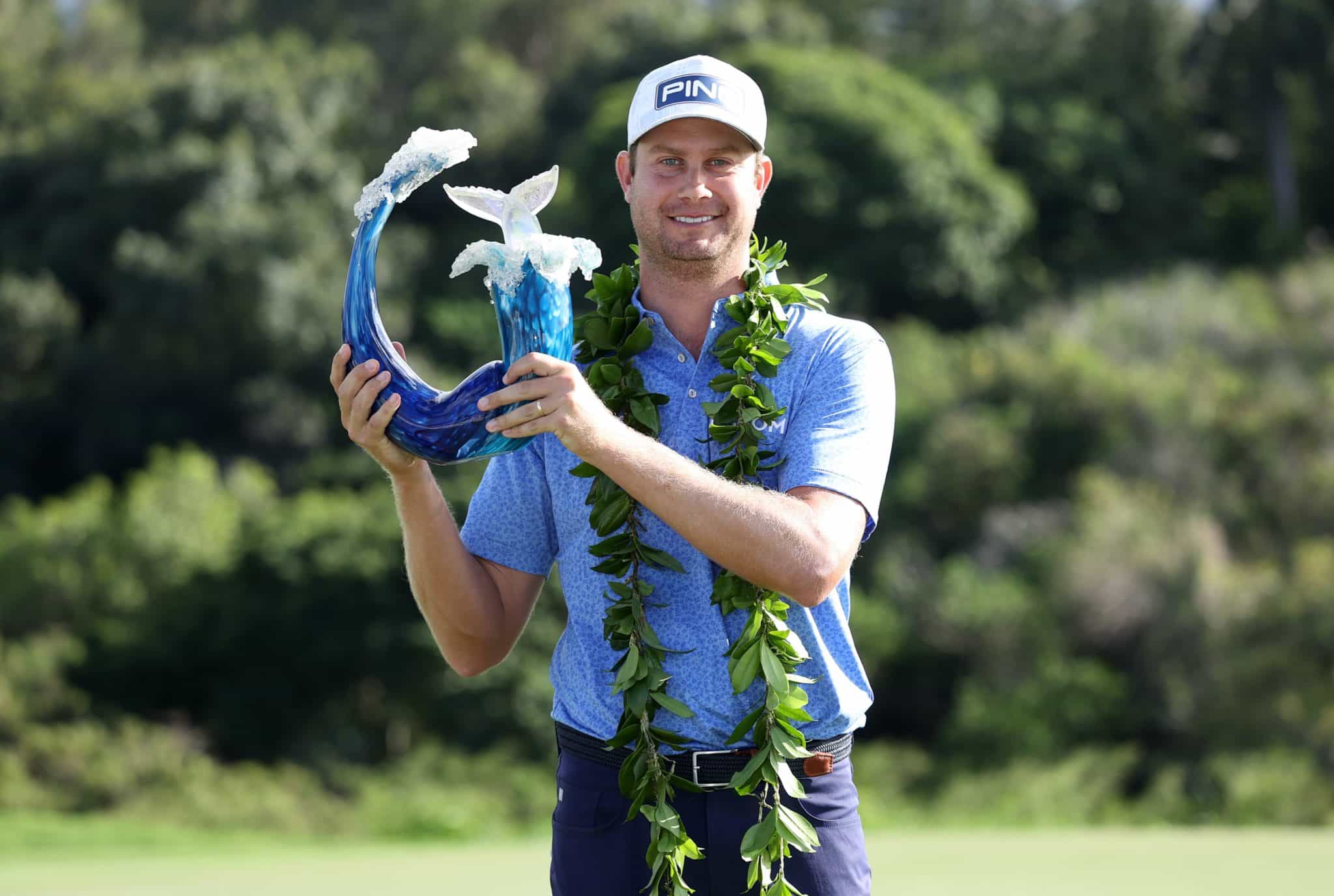