Tom Brady versus Drew Brees was the main headline heading into this game, with most of the sub-headlines being about one or the other. Was this Brees final season? Could Brady lead his new team to the big game? Who would earn the right to do battle with Aaron Rodgers? Their matchup would be one for the history books. That would have been nice.

Instead, we got a narrative where Brady barely completed half of his passes on his way to a 199-yard performance, and he was the better quarterback.

The first half did give us signs of what could have been a matchup, as the two teams traded leads and went on three scoring drives a piece. Though neither offenses were enjoying their most proficient performances, they went into halftime tied 13-13 with everyone anticipating the second half. And what a second half it would be.

The Saints came marching in strong to start off the third quarter. Brees led the offense 75 yards down the field, finishing off the drive with a second scoring strike to Tre’Quan Smith. It looked like the showdown was back in full effect. Little did anyone know, the Buccaneers D were the ones with the true showdown value.

From this point forward, it was all about a relentless Tampa Bay defense and their opportunistic offense. With a Sean Murphy-Bunting interception already in the books, the Bucs D wasted no time getting to work. On three of the next four series, the Buccaneers turned over the Saints.

An Antoine Winfield Jr forced fumble and a Devin White fumble recovery turned into a Leonard Fournette touchdown. A White interception became a Tom Brady score. And a Mike Edwards pick sealed the Saints fate. Tampa Bay had scored 21 points off of four turnovers, leaving Brees with a bitter taste in his mouth in what might have been his final game.

The Buccaneers D frustrates the Saints, 30-20

Patrick Mahomes and the Kansas City offense scored on five of their first six possessions, with only a second-half missed field goal interrupting their streak. They controlled both the clock and tempo of the game through most of the first three quarters before Mahomes took a bad hit. He staggered when he stood up afterwards and immediately went into concussion protocol. Before exiting, Mahomes racked up 269 yards, threw for a score and ran for another.

During this time, the Chiefs amassed a 22-10 lead, with the usual suspects having their way on offense. Tyreek Hill caught eight passes for 110 yards. Travis Kelce added 109 yards on eight receptions and scored a touchdown to give Kansas City their first two-score lead of the game.

The tone of the game dramatically shifted when Mahomes was finished. It was bad enough for KC that they would have to play the rest of the game without their superstar, but the Browns also got their offense on track the series before, when Baker Mayfield threw a touchdown pass to Jarvis Landry. Cleveland would make things even more interesting on their next series.

On that possession, the Browns consumed the remainder of the third quarter and the first five minutes of the fourth, on an eighteen play, 75-yard drive. This eight and a half minute affair was capped off with a three-yard touchdown run from Kareem Hunt. Cleveland had cut the Kansas City lead to 22-17.

The spiral was in full effect the very next series, as a 57 yard KC drive was cut short by a Karl Joseph interception. The Browns took over with all of the momentum, down by five with eight minutes left to play. The Chiefs needed their defense to win it, and they proved up to the challenge.

Over the next seven plays, Kansas City held Cleveland to just twelve yards, as strong pass rush from Chris Jones and sound tackling by Anthony Hitchens proved enough. Tack on a stuff from Hitchens and the KC D was able to stop the bleeding.

The Chiefs hold on without Mahomes, beating the Browns, 22-17

In a game that featured last year’s MVP, Lamar Jackson, and one of this year’s MVP hopefuls, Josh Allen, you would expect a high scoring affair. That was not the narrative for this game. Strong defense and missed opportunities dominated the first half.

Baltimore opened up the game by consuming half of the first quarter on their way to John Tucker missing a 46-yard field goal. This really set the tone for the next twenty-plus minutes as the two teams combined for less than 200 yards, trading short drives and missed field goals. Buffalo emerged from this portion of the game with a 3-0 lead.

Then, the Ravens went on a 57-yard drive right before halftime to even the score 3-3. It looked like they were headed in the right direction.

Buffalo came out in the second half, determined to break the funk, and that they did. They went on an eleven play, 66 yards, five and a half minute drive. Josh Allen capped it off a three-yard touchdown strike to Stefon Diggs. Diggs was the only offensive player on either side who really enjoyed a good night, as he caught eight passes for 106 yards and the score.

Baltimore would not let the game end there, however, as they had a huge drive of their own coming on the very next possession. The Ravens methodically marched 66 yards down the field over the next 14 plays. In doing so they consumed nearly nine minutes off the clock, practically bringing the third quarter to a close. On the next play, the game would be cemented.

On second and goal from the nine, the Ravens began their fifteenth play of the drive. Lamar Jackson threw a strike…to the Bills’ Taron Johnson, who intercepted the pass one yard deep into the end zone. Johnson then proceeded to return the ball 101 yards for a Buffalo score and 17-3 lead, finishing any shot the Ravens had at a comeback.

Aaron Rodgers and the Green Bay offense were at it again, gaining 484 yards in the game. Rodgers threw for 296 and accounted for three touchdowns. What made these numbers truly impressive was not the Packers accomplishing them, but rather, because they were achieved against a Rams defense that had given up less than 300 yards a game this season. To make matters worse, Los Angeles’ offense also never got on track, as the Pack’s D limited them to 270 yards on the game. Green Bay re-took the lead at the end of the first quarter and never relinquished it.

Green Bay claimed this lead on Rodger’s first TD pass, this one to his favorite target, Devante Adams. On the game, Adams caught nine passes for 66 yards and this score. Rodger’s other touchdown was to Allen Lazard, and it capped off the scoring for the game. In addition to the TD, Lazard hauled in four passes for 96 yards.

Aaron Jones led a strong Packer’s rushing attack, totaling 99 of their 188 yards. In addition to this, he added a score on the first drive of the second half to help Green Bay pull away.

The Packer’s defense shown the most brightly when closing out the game. The Rams’ last stand gained only five yards over seven plays, and it ended with two negative plays. The second of these was a sack by Rashan Gary. All total, Green Bay’s defense racked up eight negative plays and batted down three passes.

The Packers paced the Rams throughout, winning 32-18 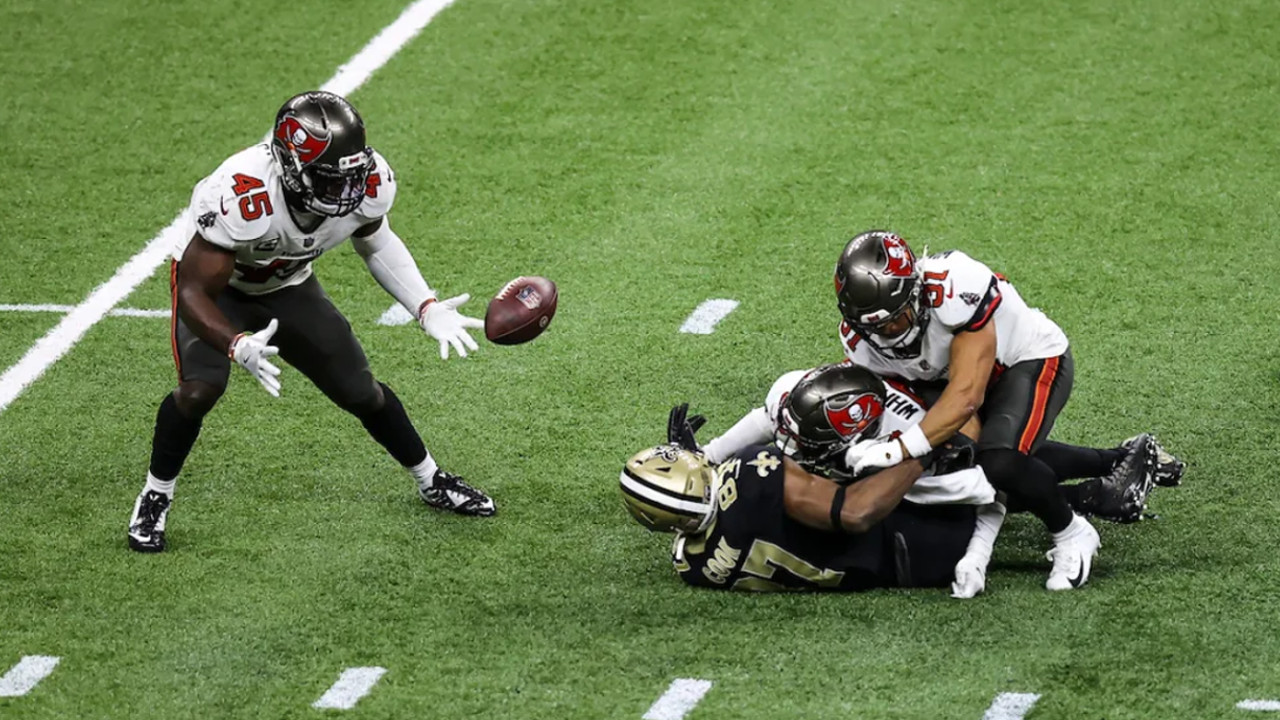