After winning an overtime thriller against the Dallas Mavericks on Saturday, the Miami Heat continued their road trip as they faced the Memphis Grizzlies. In their last game, the Heat won against the Grizzlies on their floor on opening week for the NBA season. Heading into this game, Miami were still without Goran Dragic and Justise Winslow, plus James Johnson was out due to personal reasons and Dion Waiters serving another suspension.

Jae Crowder put the Grizzlies on the board with a three-pointer, while Duncan Robinson would do the same for Miami. After a basket each from Dillon Brooks and Ja Morant for the Grizzlies, Bam Adebayo knocked down a basket for the Heat. With Memphis leading 19 to 13, Miami went on an eleven to five run to tie the game at 24, but Jaren Jackson Jr. ended the run with a three-pointer to put Memphis ahead. After Miami answered back with baskets from rookie Tyler Herro and free throws from Adebayo, De’Anthony Melton and Brandon Clarke added more baskets for Memphis. By the end of the first quarter, Memphis led 36 to 32.

In the second quarter, Valanciunas and Brooks picked up the offense for the Grizzlies, while Chris Silva and Herro connected with an alley-oop and a bucket for Miami. With the Grizzlies leading 46 to 36, the threes were falling as Solomon Hill and Crowder extended Memphis’ lead and outrebounding Miami. With Memphis ahead 61 to 51, they were on a seventeen to eight run to close the second quarter with a 73 to 58 lead.

Heading into the third quarter, Nunn picked up the offense for Miami, while contending against Morant and Brooks. Meyers Leonard and Robinson knocked down three-pointers each to bring the Heat within a nine point lead. With Memphis leading 80 to 71, the Heat continued their run, scoring ten unanswered before a Memphis response from Morant.  With the Grizzlies leading 86 to 80, they would go on a nine to two run, before Adebayo and Butler ended the run with baskets for Miami. By the end of the third quarter, Memphis led 95 to 86.

As the fourth quarter commenced, Kyle Anderson and Valanciunas each made a basket and free throws to keep Memphis in the lead, while Herro and Nun continued making baskets for Miami. With Memphis leading 102 to 93, the Heat went on a fourteen to nothing run to take their first lead in the contest, only for Memphis to gain it back as they went on an eleven to nothing run. The Grizzlies would go on to win 118 to 111 over Miami.

The Heat were heading towards what looked like a comeback, but the Grizzlies’ rebounding and offense managed to turn the tide in their favor. The Heat missed many opportunities to get rebounds and second chance baskets, which Memphis took. The Heat shot 45.7 percent from the field, 83.9 percent from the free throw line, and 45.8 percent from behind the arc. A tough loss for the Heat to take with, especially one being their first loss against a sub .500 team. Miami won 10 games in a row against sub .500 teams.

For the Heat, Jimmy Butler led the way with 25 points, Tyler Herro with 22 points, Kendrick Nunn had 18 points, Derrick Jones Jr. made 15 points, Duncan Robinson had 12 points, and Bam Adebayo with a double-double of 14 points and 13 rebounds.

For the Grizzlies, De’Anthony Melton made 16 points, Jaren Jackson Jr. had 15 points, Brandon Clarke with 14 points, Jae Crowder made 10 points, plus Jonas Valanciunas and Ja Morant were in double-double figures. Valanciunas made 21 points and 10 rebounds. Morant with 20 points and 10 assists.

The Heat end their three-game road trip as they head to the city of Brotherly Love to face the Philadelphia 76ers. Game starts Wednesday at 7pm and will be televised locally on Sun Sports and nationally on ESPN. 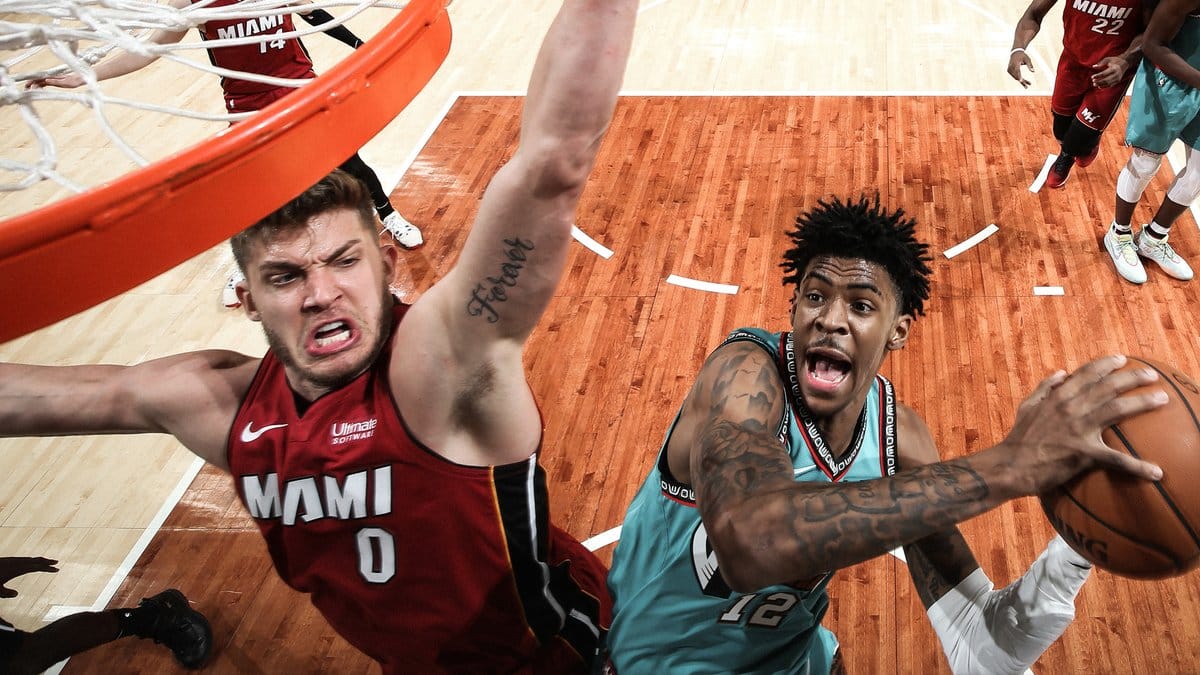