The Miami Heat were home for the holidays and were decked out in their new ViceWave uniforms as they hosted the Western Conference Champions, the Golden State Warriors. In their last game, Dwyane Wade knocked down a buzzer-beating three-pointer in the closing moments of the contest in what was his last season in the league. Heading into this game, the Heat would be without Derrick Jones Jr., while Golden State would be without Stephen Curry, Klay Thompson, and D’Angelo Russell.

Miami started the contest on a fourteen to two run, led by Kendrick Nunn, Duncan Robinson, Bam Adebayo, and Jimmy Butler, before Alec Burks ended the run with a basket for Golden State. After another basket from Burks, Meyers Leonard and Robinson kept the Heat in front 21 to 6. Eric Paschall and Ky Bowman got themselves on the board with a free throw and a three-pointer respectively, Miami went on an eight to nothing run before Burks ended the run with a three-pointer. By the end of the first quarter, Miami led 41 to 21.

Omari Spellman, Marquese Chriss, and Jordan Poole looked to get Golden State back in the game, but Tyler Herro, Goran Dragic, and Justise Winslow came off the bench for the Heat, strengthening the lead with their baskets. With Miami leading 50 to 36, the Warriors went on a ten to two run before Nunn and Dragic ended the run with a layup each. After a three-pointer and free throws from Poole, Miami answered back with baskets from Nunn and Butler. With the Heat out in front 61 to 49, they went on a ten to nine run to close the quarter with a 71 to 58 lead.

As the fourth quarter commenced, Chris Silva delivered a thunderous dunk for Miami, followed by a layup from Dragic and a three-pointer from Herro, while Golden State responded with free throws from Spellman and Chriss. With Miami leading 104 to 83, they were on a fourteen to one run before a dunk from Willie Cauley-Stein ended the run for the Warriors. With the Heat ahead 113 to 86, Golden State went on an eighteen to nine run, but it would be Miami who would get the win with a score of 122 to 104.

The Heat dominated from start to finish. They were full throttle in the first half, but in the third quarter, they almost let Golden State rally back and take their lead. However, Miami managed to stave off the Warriors in the fourth quarter. The Heat shot 39 percent from the field, 87.5 percent from the free throw line, and 35.7 percent from behind the three-point line. Another stat that pops out would be Miami’s turnovers. The Heat committed 9 turnovers in the contest, much lower than what they usually make, but an improvement for their ball handling. It should be also noted that Miami’s bench made 70 points compared to Golden State’s bench, which made 49. Miami remains undefeated on their home court.

For the Warriors, Jordan Poole had 20 points, Eric Paschall made 17 points, Alec Burks with 16 points, Willie Cauley-Stein had 14 points, Omari Spellman made 12 points, and Marquese Chriss with 10 points.

For the Heat, Goran Dragic made 20 points, Tyler Herro with 19 points, Duncan Robinson had 17 points, Jimmy Butler made 16 points, Kendrick Nunn and Kelly Olynyk with 15 points each.

The Heat embark on a three-game road trip, starting off in the Barclays Center against the Brooklyn Nets. Game starts Sunday at 3pm and will be televised locally on Sun Sports. 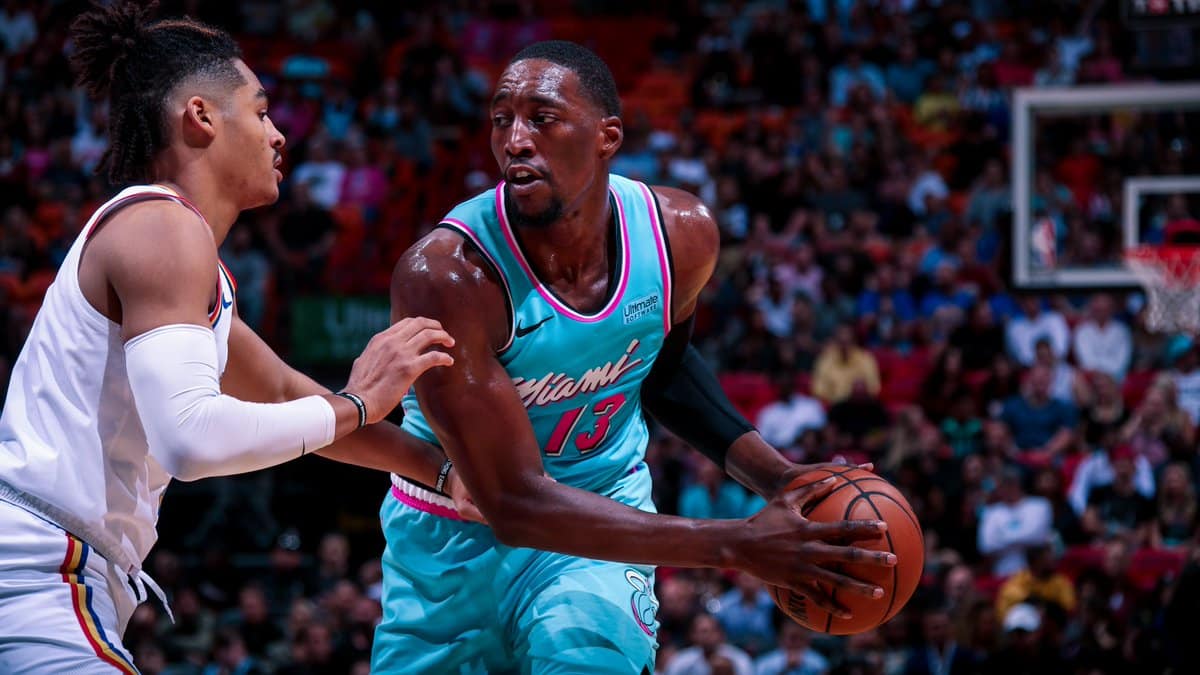