If you listened closely enough to those ‘in the know’ in the lead-up to March of this year, you may have heard whispers of Honeysuckle – the horse who cannot be beaten.

It’s always interesting to hear people speak of horses who cannot lose. Of course, they can. But for Honeysuckle, it was unlikely.

The mare, trained by Henry de Bromhead, was unbeaten in 15 races going into the Champion Hurdle on the opening day of the 2022 Cheltenham Festival.

Fast forward to December 2022, with one further win for Honeysuckle sandwiched between Cheltenham and Fairyhouse, where the mare was running as a firm favourite in the Hatton’s Grace Hurdle – a race she has won in each of the past three years.

The eight-year-old, who again was partnered with Blackmore, set off on soft ground against seven other runners and immediately looked comfortable.

It was, however, a day that nobody predicted when Honeysuckle began to lose pace at the final hurdle and galloped over the line in third place behind Willie Mullins’ Klassical Dream and Gordon Elliott’s Teahupoo.

A huge shock in the world of horse racing.

De Bromhead didn’t seem too alarmed at the fact that this could happen as he spoke to the media post-race: “”They’re going to get beaten one day. She’s been incredible”.

Despite this surprising result, the mare was crowned ‘Horse of the Year’ for the second year running at the Horse Racing Ireland awards earlier this week.

With just three months to go until the Cheltenham festival kicks off for the 2023 edition, it will be interesting to see how Honeysuckle performs.

One of the main contenders will be that of Nicky Henderson’s Constitution Hill, whose odds for a Champion Hurdle win have now been cut by the bookies following its latest win at Newcastle, making it four victories in a row for the five-year-old.

Constitution Hill won the opening race of this year’s Cheltenham festival ahead of Jonbon in the Supreme Novices Hurdle to gift their trainer a respected one-two finish.

Henderson has, however, not yet confirmed if the horse will be running in March and is instead focussing on running in the Ladbrokes Christmas Hurdle at Kempton Park on Boxing Day.

The comfortable win at Newcastle’s Fighting Fifth at the end of November after an injection of pace was donned by some onlookers as the greatest performance of all time, following a 12-length victory.

As for Honeysuckle, she will certainly have some stiff competition next March should Constitution Hill rise to the challenge.

Rumours of retirement have been swirling around since the defeat at Fairyhouse, but it’s unlikely. Just as unlikely as it is for a horse to go unbeaten. 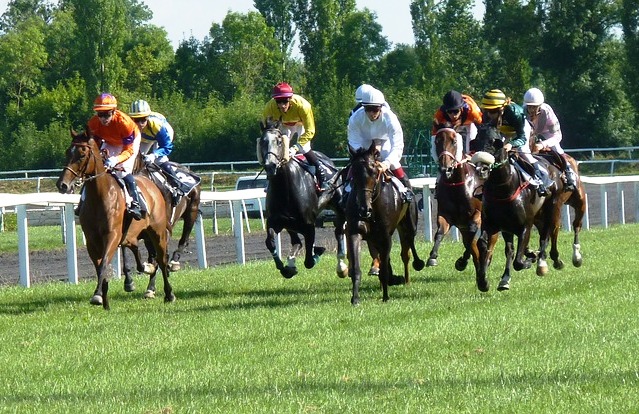