One of the most underrated and misjudged players heading into the World Cup in Qatar at the end of this month is that of Hakim Ziyech. The Chelsea winger is arguably one of the most gifted left-footed players in the Premier League and beyond right now, but his struggle for game time will have a knock-on effect heading into this tournament.

In a rather bizarre couple of years for Ziyech, now is the time for redemption as the creative winger heads to his second World Cup – the last attempt in 2018 ended early for The Atlas Lions who finished bottom of their group.  A rather tricky cluster of opposition awaits them in the Middle East, with Belgium who are ranked second in the world, Canada who topped the CONCACAF qualifying table, and 2018 finalists Croatia making up Group F. Despite the undeniable high quality of the group, Morocco have plenty to give, and Ziyech will be at the forefront.

The turbulence came for Ziyech in late September 2021 when Morocco’s decorated manager, Vahid Halilhodžić, accused him of purposely missing training sessions and feigning injury, alongside portraying a generally poor attitude around the training camp. The former Algeria coach laid such weighty allegations, forcing him to omit Ziyech from the 2021 African Nations squad and the 2022 World Cup qualifying campaign. His subsequent retirement from international football didn’t come as a surprise, but more a shame for such a talented footballer to retire so early from national duty. Never has any evidence or back-up come to light from Halilhodžić’s claims – no other manager has mirrored them.

The Bosnian was subsequently sacked in August 2022, even after such a successful qualifying campaign for Morocco. The team claimed a 100 per cent record on their road to Qatar; winning six, scoring 20 and conceding one. Halilhodžić, however, disagreed with the federation’s president to an extent that he was dismissed and replaced by former Moroccan right-back Walid Regragui. This prompted Ziyech, in March 2022, to rejoin the Morocco squad and commit to aiding the team in succeeding at the World Cup.

The 29-year-old has only seven appearances for Chelsea this season after what has been an unstable time at the club. With Thomas Tuchel out and Graham Potter in, it would make sense for the latter to have a more rotated approach to his squad, giving Ziyech more game time in which he highly deserves. Although most of his finest work on the pitch came at Ajax before his £40 million move to The Blues, there are still plenty of reasons why Ziyech is one of a kind.

Chelsea have a large and talented squad, but Ziyech has displayed some powerful and game-changing performances over his career. Frank Lampard was a particular fan of his, and ensured the Dutch-born attacker was signed from Ajax after witnessing his impressive performances against Chelsea in the Champions League. He has a distinct capability of scoring from tight angles and set pieces. Naturally gifted with his left foot, just about any goal that he has scored for club and country is a beauty and his pace and creativity on the pitch prove that he is worth much more than seven appearances in three months.

His addition to the Morocco squad for the World Cup will be highly welcome, with such a creative player being added to the already immensely talented squad. Names like Romain Saiss, Sofiane Boufal and Youssef En-Nesyri have already been involved in the comfortable qualifying process and albeit the fact a problematic group stage awaits them, they could just be the dark horses of this tournament. 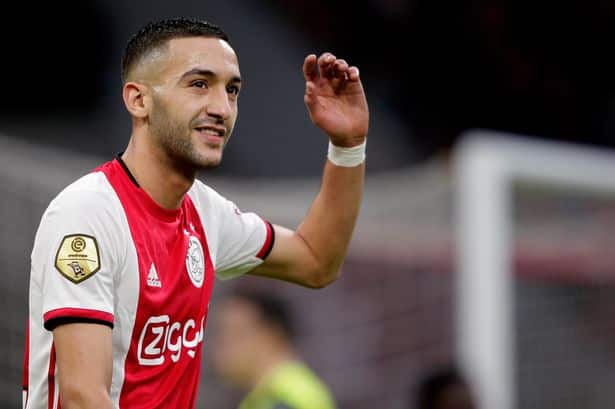