It’s a dream of every cricketer to play for his country, and once he gets selected in the ODI team he wants to make it to the World Cup squad. That is the ultimate dream for any aspiring cricketer and is a goal for established players to get their hands on the coveted trophy.

Australia has dominated the 50 over World Cup and only in recent times has the tide changed. India broke the Aussie juggernaut by winning the coveted trophy at home in the 2011 edition- a memory that is still implanted in the memory of fans. The image of team-mates carrying Sachin Tendulkar on his shoulders will remain fresh in everyone’s mind. What a fitting tribute to one of cricket’s finest players.

Amidst the increasing demands of players who play all three forms of the game, it puts enormous pressure on their body and the expectations for them to perform keeps increasing. So to maintain that level of fitness, longevity and perform at the highest level with that much pressure on them is something to laud the players for.

Here we take a look at three such players who were around in the 2011 Cricket World Cup and are at the top of their games even now, nine years later:

Steve Smith started off his playing career for Australia as a leg-spinner who could bat a bit. His slow yet steady progression from someone who could bat to becoming the #1 batsman in Test cricket now is truly phenomenal. It is an inspiring story, as he also had to ensure facing the wrath of the cricketing fraternity for being involved in the Sandpaper gate scandal.

Back in the ICC Cricket World Cup 2011, Smith just picked one wicket in that edition of the marquee tournament and he didn’t set the stage ablaze with his batting either. But his growth trajectory has been something to be really appreciated as four years later he was one of the key architects of Australia’s win in the 2015 edition of the World Cup.

Before the hard-hitting all-rounder became someone who bowlers started to dread, ‘Dre Russ’ was a newbie who was making his way up the ranks in the 2011 World Cup. The all-rounder then was considered mainly a bowler who could bat a bit. He just played three games in the tournament and scored a total of 52 runs.

Nine years later, the name of Andre Russell evokes fear in the mind of opposition bowlers minds and it generates an enormous amount of interest for all watching as he definitely will create something special with the willow or the bat.

Before Kane Williamson became the skipper of New Zealand across formats and entered the top four best batsmen in Test cricket which he has become currently, he started off as a young twenty-year-old batsman looking to impress the world with his skills in his first-ever World Cup in the 2011 edition in India.

He had a quiet World Cup and was unable to set the tournament ablaze, but eight years down the line he not only impressed everyone with his batting and captaincy skills but also with how he conducted himself in the 2019 World Cup. New Zealand lost out to England in the finals on the controversial boundary count but Williamson’s conduct post losing the finals was something that will be etched in every cricket fan and expert’s mind. 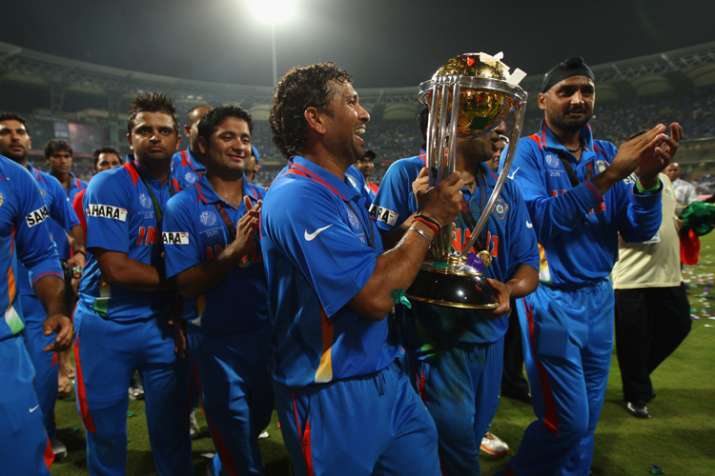