Cheteshwar Pujara and the fast bowlers helped India win their first test match against Australia in Adelaide by 31 runs. One must add that, though the margin of victory was slender, the better team won.

The pitch was the typical Adelaide pitch for day test matches, except that the bounce was a bit higher than usual. Both the teams would have had no complaints on the nature of the pitch for this test match. As mentioned in my preview , the match did turn out to be a low scoring affair, unlike to Adelaide test matches of the past.

Players of the test match

Just like how the 2003 Adelaide test helped Dravid seal his position as the prima donna in the Indian test team, the 2018 test match should do likewise for Pujara. I have been very surprised in the past to see Virat drop Pujara in some test matches! Finally, I hope that Pujara will get his due with an indisputable seat in the test team, home or away.

There are two ways a batsman tries to gain advantage over the bowlers at the test level. One is to smash them out of the attack and the other is to deny them for long periods and induce mistakes from them. In the first innings, most of the Indian team batsmen followed the first method and duly perished to deliveries that should have been left alone. Such a strategy, against arguably the best bowling line up in the world today, is fraught with danger in the first place. Additionally, this was a not such a bad pitch that one had to chance his arm early.

Anyway, Pujara showed the right approach, one that has the best chance to succeed at test level. Pujara was cautious to begin with, leaving deliveries and playing late. Once he had support at the other end, Pujara scored runs rapidly, by test standards. The 250 runs that India scored in the first innings was a decent opening gambit, considering the shallowness of the Australian batting.

In the second essay, Pujara again showed the virtues of playing lots of deliveries in a test match. Bowlers, however good they might be, are human and do get tired after long spells. Pujara got his freebies, time and again, to score enough runs to help India post a challenging fourth innings target to the Aussies.

India has historically struggled against lower order batsmen, particularly while playing abroad. So it is not surprising that the Australian lower order put up a valiant fight in both the innings, particularly the second.

Nathan Lyon and Patrick Cummins played like top order batsmen. I was quite impressed with the patience and technique that Cummins showed, denying the Indian bowlers. He scored runs as well, when opportunity presented itself.

Nathan Lyon, on the other hand, was a bit more adventurous. He played a few wonderful shots off the fast bowlers. The commentators on air talked about how he has been taking batting lessons from his brother! It seems to work!

Travis Head’s batting in the first innings needs a special mention as well. He showed that he has the skills and patience to flower in the test arena. 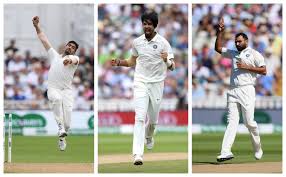 It is not often does India have had a pack of bowlers that the captain could unleash on the opposing batsmen, in away conditions. Ishant, Bumrah, Shami and Ashwin bowled as a pack, plotting and felling Australian batsmen. The stand out feature of this bowling unit was their frugality. They kept the Australian scoring rate low throughout the innings, which helped them pick wickets eventually.

Indian bowling units of the past, rarely had a good third seamer. This used to be a big liability while playing in England or Australia or South Africa. Not only did they not pick wickets, those bowling units struggled to keep the scoring rate down as well. That was not the case with the current unit. They bowled purposefully and rarely bowled wasteful deliveries. However, they need to watch that front foot of theirs!!

Bumrah was the best bowler of this pack. Every time, Kohli needed a wicket, he turned to Bumrah. Bumrah bowled at consistently high speeds and moved the ball enough to trouble the batsmen. He was brilliant to both right and left handers. I am amazed at how easily and swiftly this guy has taken to test cricket, after being thought of as a white ball bowler until recently.

Ishant was wonderful as well. His control of length has been superb in 2018. The fuller length delivery that induced the false shot from Aaron Finch, is the new Ishant. The snorter that he bowled to Travis Head in the second innings, is the better version of the old Ishant. Bumrah and Ishant, looked like they would pick a wicket every time they came on to bowl.

Shami and Ashwin blew hot and cold during the two innings. Ashwin bowled very well to the top order batsmen in both the innings. In away conditions, he seems to like bowling with a new or newish ball rather than an older one. Once the ball got old, Ashwin looked half as threatening, at least to us watching on TV. On the other hand, Lyon threatened the right-handed Indian batsmen with every delivery during the second innings.

Virat might need to figure out where the On/Off switch is for Shami. When on song, Shami is extremely skillful with the ball. In this match, Shami was excellent in the second half of the first innings and in the first half of the second innings. The saving grace at other times was that, he did not give away easy runs.

The series has begun, as many of us Indians expected, with an Indian win. This series continues to remain the best chance yet for India to win a series in Australia. India has been in this position before, like in the 2003/04 series. But on that occasion, India quickly gave away the advantage with a loss in the next test.

In the current series, the next match will be played at the new Perth stadium. If the pitch retains the old WACA pitch characteristics, India’s 1-0 lead could be under threat. But, with an equally well equipped bowling line up, India will not allow the Australian team to boss around. We saw that in 2008, when Irfan, Ishant and RP Singh managed to pull one back from the Aussies in Perth. I can’t wait for the Dec 14th..

I would like to end this article with a question for Virat. Sir, How many more chances will you give Rohit in test matches?

For more details of the match, please visit Cricinfo 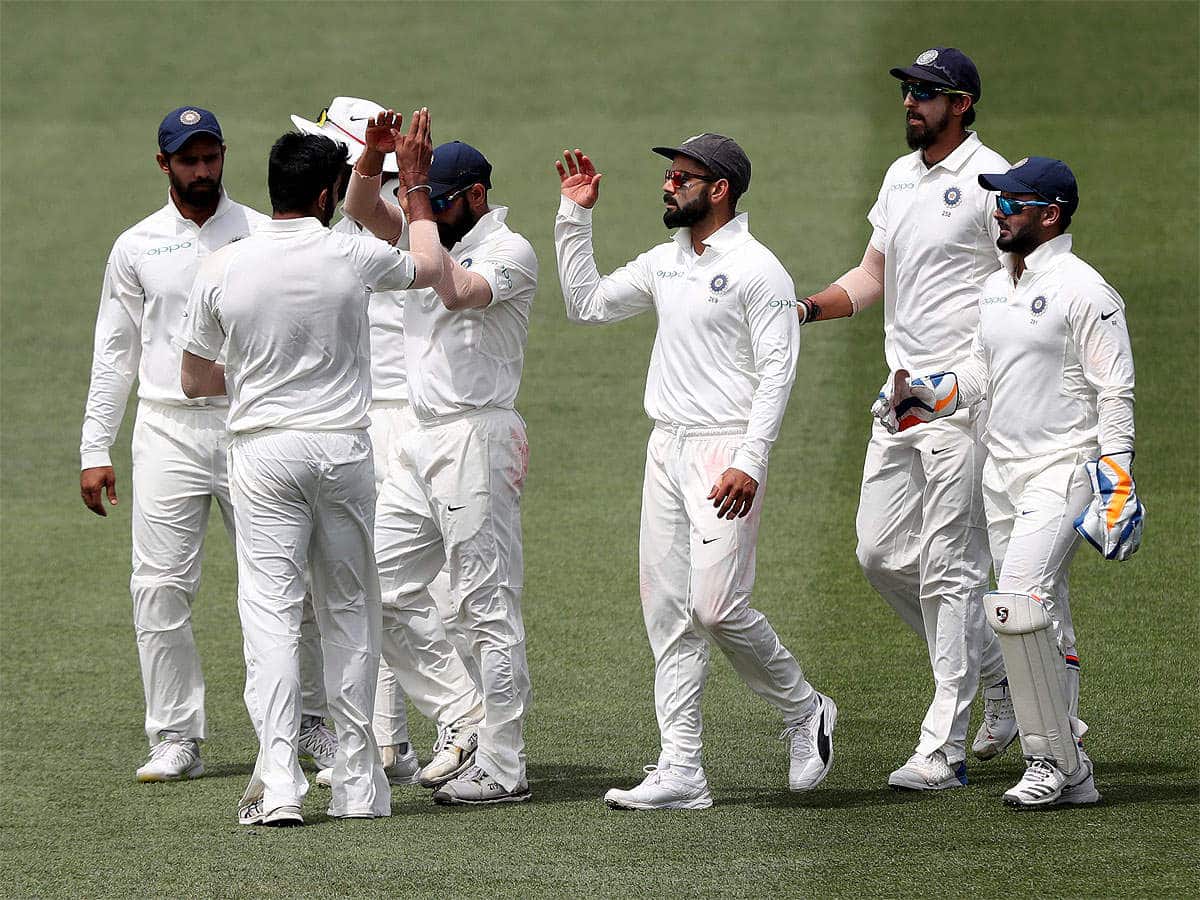