The Indian cricket team will be visiting Australia, late November this year, for a 3 T20, 3 ODI and 4 Test mouth-watering series. India’s failure in England notwithstanding, I feel that this is the best chance for India to win a test series in Australia.

If I go by the ongoing Pak vs Aus series, the most likely squad for the Aussies is:

The likely Indian squad for the series is :

The main reason why i feel confident of India’s chances is the absence of Steve Smith, the chief tormentor of the Indian bowling, and David Warner. We often think that India loses in Australia because the Australian bowlers overwhelm our batsmen. It is partly true. Adding to that, it has been our bowlers’ inability to restrict the Australian batsmen, a chief contributor to our failures.

The only few times that India has won a test in Australia since 2000, have come on the back of top quality bowling. Remember the six-fer that Agarkar took in Adelaide or the magnificent swing bowling by Irfan Pathan, RP Singh and Ishant in that Perth test. India currently has one of the best bowling line ups ever to have turned up in her colors. The absence of the two batting stalwarts for Australia will only increase the potency of the Indian bowling.

The Aussie bowling line up is lethal with Starc, Hazlewood, Cummins and Lyon. Indian batting struggled against this line up in the 2017 home series. I think Aussies hold the edge in this battle and India should target 250 to 300 runs from these folks every innings or at least the first innings of every test.

The current Indian bowling has brilliant balance with Bhuvi, Bumrah,Ishant,Umesh and Kuldeep as the main strike weapons. Jadeja will be my second choice spinner, not Ashwin. The current Aussie batting is extremely brittle. This aspect is being exposed in the ongoing series against Pakistan, albeit by spin. Most of the batsmen are T20 converts and have too many weaknesses in their technique. I think that Indian bowling holds an overwhelming advantage over the Aussie batting

Battle of who slips lesser

Who wins this series will be a simple equation of which team’s batting does a bit better than the other team. Unfortunately for India, this was the same equation that worked against them in the recent English series. Indian bowling gave a bit more to the English lower order than their bowling did to the Indians.

The Australian think tank will want a bowling shoot out, which will give them their best chance to win a test match against India in this series. So, they might be tempted to produce lopsided pitches that are green, seaming and tough to bat on.

Ironically, such pitches tend to favor teams with chancy batsmen, just like we saw in England. A quick fire 50 by a batsman often is the difference between a win or a loss. So with a bunch of T20 batsmen in their ranks, Australia will gamble with such a lopsided pitch, which will take quality of batsmanship out of the equation. India’s technically superior batsmen might be so good that they would edge unplayable deliveries rather than miss it!

For all the details of the series, please visit the below link 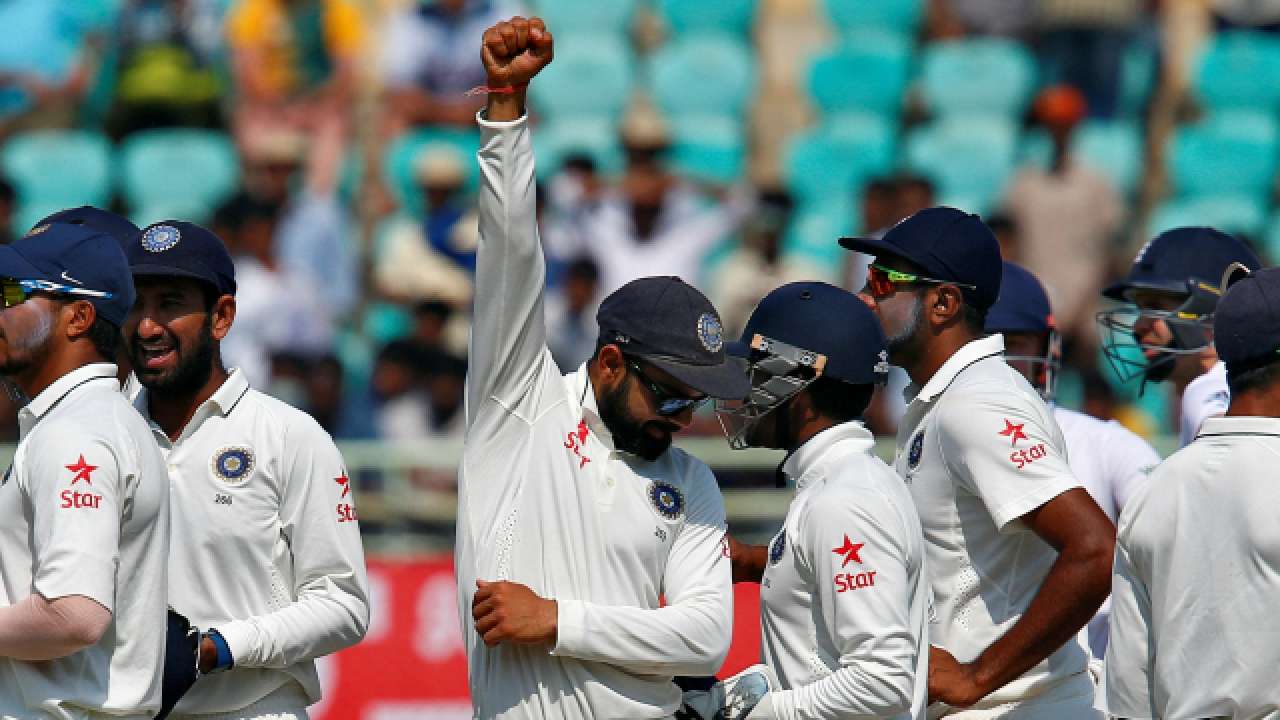