Finally, on the 21st of November 2018, the wait will be over. India and Australia, in T20, will begin another chapter of their storied rivalry in Brisbane. The 3 T20 international series will kick off at the Gabba on the 21st, then move on to The ‘G’ on 23rd and will finish off at the SCG on the 25th.

What can we expect ?

In a full series, like this one between India and Australia, the main course is the test series. But, the T20s will serve as a nice appetizer for the fans to get their ‘digestive juices’ flowing.

The nature of the T20 game is such that, it is hard for any analyst to nominate a favorite. The groundsmen tend to prepare pitches that are neutral, while retaining some of the basic characteristics of the local pitch. The last time that India played a 3 T20 series in Australia, India beat the Aussies 3-0. So, there is little home advantage to be had in this format of the sport. Coming to the first T20 game, one can expect the pitch at Gabba to be a good batting pitch, albeit with its characteristic high bounce.

Now, let us look at the likely playing XI for this match. The Australian team has been in a flux, since the ‘Sandpapergate’ in SA. So, it will be tough to predict the playing XI. But I will still go ahead and make my team predictions and try to preview the game.

I have picked a team with 6 batsmen, 1 all-rounder and 4 bowlers.

The other members available in the squad are Shreyas Iyer, Manish Pandey,  Yuzvendra Chahal and Washington Sundar 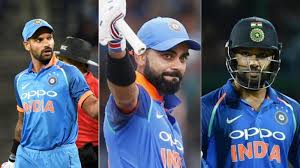 Virat, Rohit, Shikar and Rishabh are automatic choices in the batting department. I have picked Dinesh Karthik as my fifth batsman, as he has been in very good form in 2018. Harsha Bhogle calls him as Karthik 2.0 version, one who is mentally sorted and has self belief, having played match winning innings in T20.

I have gone with KL Rahul, instead of Shreyas Iyer or Manish Pandey, as the sixth batsman. KL plays well on both sides of the wicket and was in reasonably good form in the recent T20 matches. Whereas, Shreyas and Manish, seem to have restricted batting techniques. Manish,in many of the recent T20 and ODI games, has shown the tendency to get stuck at the batting end, unable to rotate the strike. Bowlers have learnt to bowl against his unorthodox playing technique. Same is the case with Shreyas as well.

Considering the traditional bouncy nature of the Gabba pitch, I have gone with 3 seamers, 1 genuine leggie and a restrictive left arm spinner.

Like in the batting department, Bumrah, Kuldeep and Bhuvi are automatic choices in the bowling department. Since the return from injury, Bhuvi seems to be struggling a bit with his pace and swing. Despite this, I have gone with him as the automatic choice for the first match. My expectation is that the match practice he now has under his belt, will have helped him regain full match fitness.

I have gone with Khaleel instead of Umesh as the third seamer. Khaleel ,being a left hander, brings the natural variation and has also been in good form in the recent T20 matches vs the West Indies. It is a tough call i had to make between the two.

I have picked Kuldeep instead of Chahal, considering their recent form. Kuldeep has out bowled Chahal and seems to have become Virat’s favorite leggie in recent times. Chahal, is however, good enough to make it to the XI as well. So, it is a tough call again. I think India could think of playing them both in the T20s in MCG and SCG.

Australian XI and Why ?

I have picked a team with 5 batsmen, 2 batting all rounders and 4 bowlers.

The others available in the squad are Ashton Agar, Jason Behrendorff, Marcus Stoinis, Adam Zampa,

Aaron Finch, Chris Lynn, D’Arcy Short and Maxwell are automatic choices. Having said this, I must add that Glenn Maxwell finds this automatic place only due to the absences of Smith and Warner. Personally, I feel quite disappointed at the way Maxwell’s career has progressed, since the time he burst on the scene and took everyone’s breath away with his audacious stroke play. Alex Carey has been the first choice T20 wicket keeper for Australia recently and so he takes his position.

I have gone with Mitchell Marsh and Ben McDermott as the two batting all-rounders instead of Marcus Stoinis. Stoinis is a dangerous batsman, but Marsh and McDermott are better bowlers than him. So, I have gone with the all rounders who are not just good batters but also bowlers who can chip in with wickets. 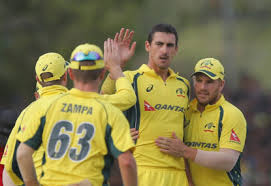 I have gone with Mitchell Starc, Nathan Lyon, AJ Tye and Stanlake as the four preferred bowlers. Mitchell Starc is one of the best bowlers in the world and he is my first choice bowler in this line up. For the spinning option, I have picked Nathan Lyon instead of Zampa, as Lyon is the better wicket taking bowler. In any format of cricket, taking wickets remains the best way to restrict a batting team’s progress.

For the second seamer role, I have picked Billy Stanlake. Stanlake’s pace is a very good option to have against the Indians on Gabba. Indian limited overs team is extremely top-heavy. So, opposing teams need to pick wicket taking fast bowlers at the top to get into the Indian line up. Starc and Stanlake are the ideal choices to let it rip against the Indian top three.

I would go with AJ Tye instead of Coulter-Nile for the fourth bowling option. With vast IPL and Big Bash experience, Nathan and Tye are both great choices. Tye has more variations in his bowling than Nathan. Tye is also a better bowler in the death overs in comparison with Nathan. So, i have gone with AJ Tye rather than Coulter-Nile.

India’s limited overs batting team is not a very balanced one. It relies on the top three batsmen to score bulk of their runs. So, the contest of Starc & Stanlake vs the Indian Top 3, will be the decisive factor in this series. Considering Gabba’s bouncy conditions, this factor will become even more crucial in the first T20I.

Along with you, my readers, I look forward to a wonderful period of Cricket down under. Let the games begin!! May the best team win!! 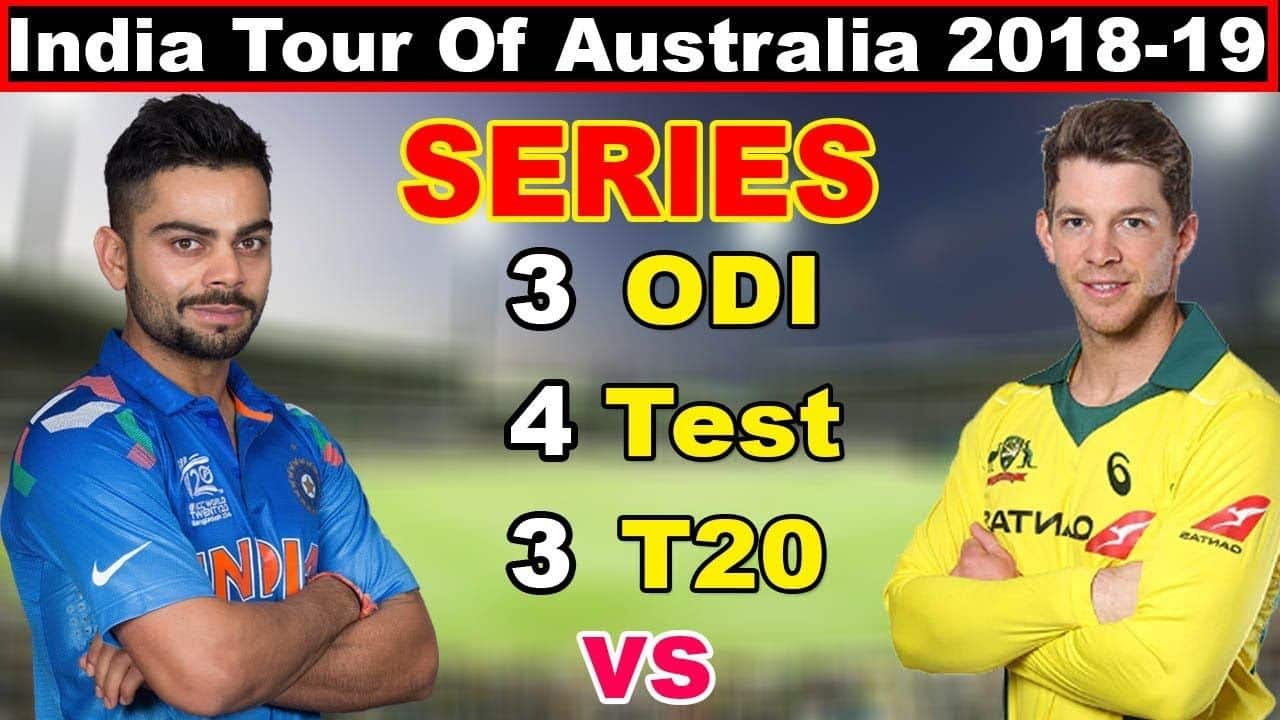