The 2015 edition of the Six Nations tournament kicks off this Friday night and it is shaping to be an absolutely thrilling competition once again. The tournament itself is of course a massive one in its own right but with the Rugby World Cup now just a matter of months away, it takes on extra significance this year with all the teams building towards September.

As has seemed to be the case for many years now, there is no clear favourite going into this Six Nations tournament with at least five of the teams going into tournament in decent form and hoping to ruffle a few feathers over the next couple of months

Ireland are the defending champions and pre-tournament favourites to defend their crown following a brilliant autumn series which has seen them build confidence and momentum ahead of a massive year. Ireland made a major breakthrough in November as they finally got the better of a couple of their southern hemisphere rivals with both South Africa and Australia swept aside at the Aviva in Dublin.

They were very impressive performances, especially in the wake of the retirement of talisman Brian O’Driscoll with their home form in particular excellent of late which will be a factor again.

Ireland host France and England this Six Nations while trips to Italy, France and Wales are all tough but winnable for a team high in confidence. It is hard to see them winning the Grand Slam this season but with a comfortable looking away trip to Italy first up, it is easy to make a case for Ireland this season which is reflected in their price of 2/1 to win the tournament.

Remarkably, England has only won the Six Nations on one occasion since 2003 with Stuart Lancaster continuing to search for that consistent winning formula. They are consistently competitive against every team in the world both home and away but too often they have fallen short when it matters which has to be put right as they get ready to host the World Cup.

England did finish the autumn series with a nice win against Australia at Twickenham but they are ravaged by injuries going into the tournament with a virtual B side likely to take the field on Friday night in Cardiff against Wales.

The likes of Courtney Lawes, Joe Launchbury, Owen Farrell, David Wilson, Manu Tualigi, Kyle Eastmond, Brad Barritt, Geoff Parling, Tom Wood and Ben Morgan are all out for at least some part of the Six Nations and all would have been sure things for the match day squads, if not the starting XI.

England do have strength in depth but it is hard to back them given the inexperience in their squad with their first game in Cardiff likely to be the defining game for their chances of winning the tournament for the first time since 2011.

As we have already mentioned, Wales host England in the tournament opener in Cardiff on Friday night and as for their fierce rivals, it could be the match that tells us if Wales (11/4) have a chance of winning the Six Nations. The Welsh are fresh off of a victory at home to South Africa at the end of the autumn Internationals and there is no doubt that they have the quality to win the tournament if they keep their first XI fit.

Wales do have to make trips to France, Italy and Scotland which is a decent fixture list but they have been far from bomb proof over the past couple of years and like with England and Ireland, it is easy to see Wales losing at least one game. Their trip to Scotland (33/1) will be tough given the resurgence in their form north of the border of late and some are suggesting that Scotland can have their best tournament in some time. Under Vern Cotter, Scotland swept past both Tonga and Argentina in November before putting up a decent match against the mighty All Blacks and although Scotland won’t win the Six Nations, they could just upset one or two of the favourites along the way.

France were as inconsistent as ever during the autumn with wins against Fiji and Australia followed up with a home defeat against Argentina and there is a worrying lack of depth in the French game at the moment. Les Bleu are of course more than capable of beating any team on their day but trips to England and Ireland are likely to find them out this year which means they are overlooked.

Italy remain the likely whipping boys of the tournament with the Azzurri failing to progress in recent years and with Scotland looking much stronger at the moment, the Italians are rightly the odds on favourites to be left with the wooden spoon in 2015.

Wales have been slightly fragile over the past couple of years though, while England have so many injuries at the moment that punters backing them are basically backing their second string to win a hugely competitive Six Nations so they are also best watched at this stage. That does leave Ireland as the most likely winners of the event given their status as defending champions, as well as their settled team and impressive form in the autumn although a side bet of no team to win the Grand Slam at 8/11 also looks like decent value. 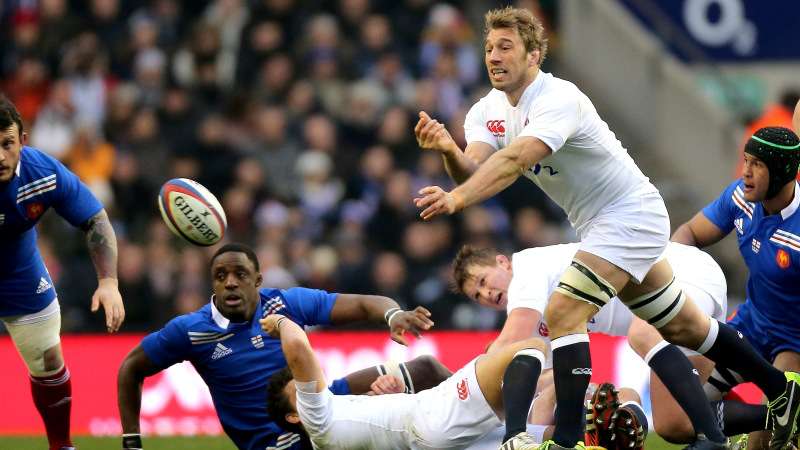