At the age 38, Peyton Manning has nothing else to prove with everything he has achieved. Manning is a 14x pro bowl selection, and he’s won a Superbowl just to name a couple of his career highlights and awards. He has already stated that he has no plans of retiring and wants to return for an 18th season in 2015. For those who played fantasy football this year, he surprised fantasy owners when he didn’t throw any touchdowns against the Buffalo Bills in a week 14 match up. This cost those who owned him a chance to go the finals or win the consolation ladder.

Moreover, after he threw four touchdowns against the Miami Dolphins in week 12, he has not been playing so well. In week 16 against the Bengals, although he threw 2 touchdowns, he was intercepted four times. The 17th year pro from New Orleans, La has a 3:6 touchdown to interception ratio in the last three games combined. Hopefully, he will perform better against the Oakland Raiders which is the Denver Broncos next opponent.

There are some NFL fans wondering if Peyton’s arm has retired. Some of the throws he was able to make, he can’t do anymore. Even though he puts up mind-blowing stats, the question remains, “Can he play when it counts?” Peyton Manning has always performed up to par in the regular season, but the playoffs is what’s really going to count if he wants to win a Superbowl. It seems like he has two or three years of gas left in the tank if he plays smart.

Peyton Manning is definitely not to the point where needs to retire right now. However, there’s going to  come a time where an athlete has to shift gears and put it into park. 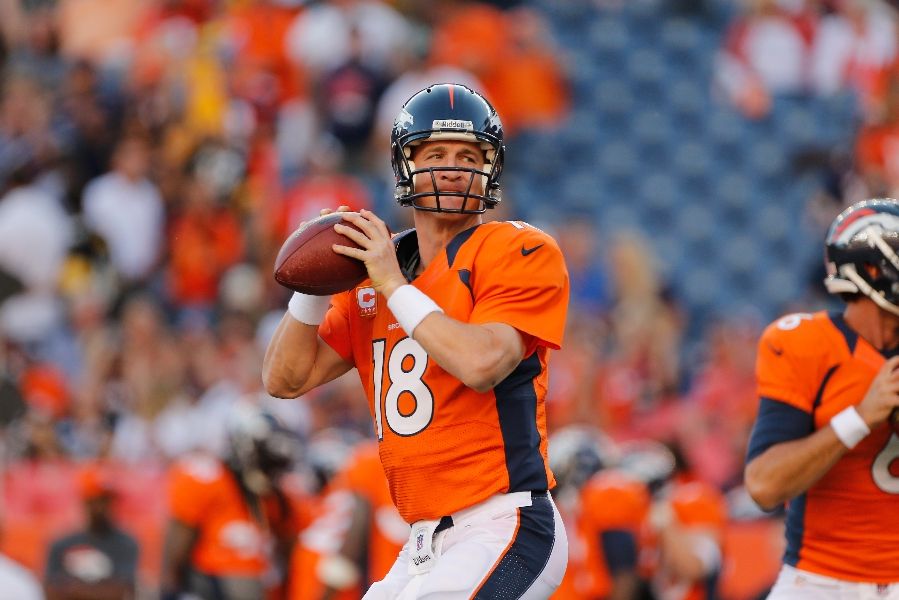