Daniil Medvedev secures the biggest breakthrough of his career by defeating Novak Djokovic in the final of the US Open to earn his first Grand Slam. The Russian had failed on his previous two attempts to win a slam, losing out to Rafael Nadal at Flushing Meadows in 2019 before being beaten by Djokovic at the Australian Open. However, on this occasion, the 25-year-old outplayed the Serb on the court and in the process prevented Djokovic from winning all four slams in 2021.

Medvedev has the opportunity to set the tone for 2022 and perhaps a new generation of men’s tennis in Melbourne in the first slam of the year. The Russian is backed at 3/1 in the latest tennis odds to win the Australian Open, which has been dominated by Djokovic over the last three years, winning three-straight crowns.

Medvedev may have highlighted a chink in the armor of the Serb, who was aiming to surpass Roger Federer and Rafael Nadal as the most decorated player in the history of the men’s game by winning his 21st title. The brilliance of Medvedev ended that hope in the United States, but Djokovic will be motivated to bounce back and it will be up to the Russian to once again halt his charge.

It has been a difficult journey for Medvedev to reach the top of the men’s game in the era of the big three. Djokovic, Federer and Nadal have enjoyed a stranglehold of the major titles, and even they have not been present Andy Murray, Stanislas Wawrinka and Dominic Thiem have been on the spot to lift the crowns. There has been no margin for error for the rest of the chasing pack, while even Federer has been denied by the dominance of Djokovic.

Therefore, it was a major step for Medvedev to win the US Open with Djokovic operating at the peak of his powers. The Serb would have craved that calendar slam that not even Federer achieved at this supreme best in the mid-to-late 00s. Medvedev was the better on the day and put the right-hander to sword in straight-sets. The 25-year-old has played Djokovic well in the past, even though he began his career with the Serb already in place as the premier player in the game.

Medvedev has won four out of their 10 meetings across the ATP Tour, although in their last seven he has edged the duel after losing the opening three matches. It shows that Medvedev has both the quality and character to match arguably the game’s greatest player. On hard surfaces, the Russian has displayed the power and pace required to knock the Serb off his rhythm.

That bodes well for a future showdown at the Australian Open. In the 2021 final, Djokovic used his experience and nous to ease past the Russian, but he knows that he will not have a psychological edge in another meeting at Melbourne.

The two players are seemingly on a collision course to face off in another Grand Slam final, and for once Djokovic might be the player that is overmatched. A passing of the torch could be at hand in the competition. 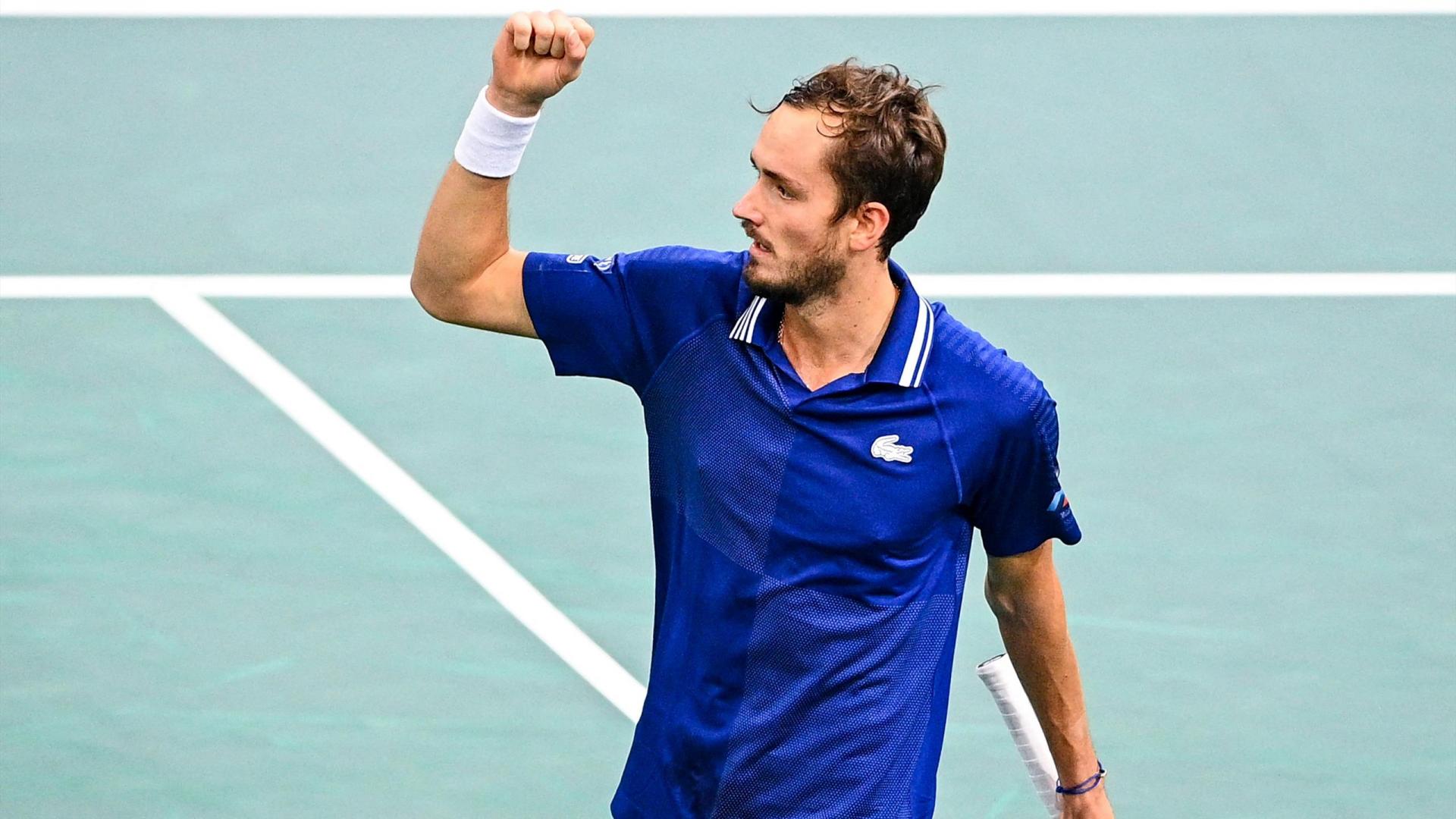