New Zealand picked up a hard-fought 3 wicket victory against Bangladesh today at Hamilton during their last group stage match. The Tigers scored 288/7 in 50 overs after Mahmudullah picked up his second consecutive ton. However, Guptill’s century led the Kiwis to their 6th straight victory in the tournament as they won the match with 7 balls in hand!

Earlier in the day, the Kiwis won the toss and decided to field first. Bangladesh lost both their openers with only 27 runs on board from 9.4 overs. Boult bowled Imrul(2) and dismissed Tamim(13) after Corey took the catch at second slip.

Soumya and Mahmudullah scored 90 runs in the 3rd wicket and helped Bangladesh recover from the initial mess. Soumya scored 51 hitting seven boundaries before Vettori brought the breakthrough for the Kiwis, dismissing him in the 28th over.

Shakib, who captained his side in absence of Mashrafe, quickly scored 23 from 18 balls, courtesy to 3 fours before Corey picked up his wicket. Bangladesh were 151/4 after 34 overs.

Corey also dismissed Mushfiq(15) as Ronchi took his second catch behind the stumps. Sabbir and Mahmudullah scored 78 in the 6th wicket at a rate of 9.75 per over, steering Bangladesh past 250!

Mahmudullah picked up another ton, scoring 128 from 123 balls as he hit 12 fours and three sixes. Sabbir assisted him well, hitting five boundaries and two sixes on his way to 40 from just 23 balls, before Elliot picked up his wicket after McCullum’s catch at long off.

Bangladesh scored 16 runs from the 50th over taking their total to 288/7 losing Nasir(11) after Taylor took the catch at third man from Elliot’s ball.

Chasing 288, the Kiwis lost both McCullum(8) and Williamson(1) in the 5th over, scoring only 33. Shakib was the hero for the Tigers, dismissing both in-form batsmen of New Zealand! The Kiwis bounced back in style as Guptill and Taylor scored 131 runs in the 3rd wicket partnership. Guptill scored 105 from 100 balls, hitting 11 fours and two sixes before Shakib made the breakthrough for his team, dismissing Guptill after Rubel’s catch at long on in the 31st over. 164/3 and the Kiwis needed 125 more runs to win!

Elliot smashed his way to 39, hitting five boundaries and a six before Rubel dismissed him, after Taskin’s catch at sweeper cover. Nasir dismissed Taylor(56) in the 42nd over as the Kiwis put 219 on board! Ronchi and Corey scored 28 in the 6th wicket partnership as the Kiwis edged closer towards victory. Shakib was the savior for his side again as he dismissed Ronchi in the 45th over after Nasir took a wonderful catch at deep extra-cover!

However, a 22 run partnership between Corey and Vettori paved the way for the Kiwis towards victory. Corey scored 39 from just 26 balls, hitting three fours and sixes each, before Nasir bowled him in the 48th over! But Vettori kept his nerves cool, hitting a six from that over as they required 11 runs from 12 balls. Southee hit a six and a four from Shakib’s 49th over, steering the Kiwis to 290/7 and winning the match by 3 wickets.

New Zealand top pool A, winning all 6 of their group matches
ALSO READ:  Stokes To Bid Adieu To ODI Cricket

In the end, Bangladesh fought valiantly but lost the game as Taylor and Guptill’s 3rd wicket partnership ensured the victory for New Zealand. Shakib was the hero with the ball for Bangladesh, picking up 4 wickets for 55 runs. During the presentation ceremony, he hailed Mahmudullah and Soumya for their batting and added that the absence of regular bowlers killed their efforts to keep the Kiwi batsmen under constant pressure.

McCullum praised Bangladesh for such an entertaining match and lauded Mahmudullah for his century. He also remarked that his side were ready to take on any opponent and deliver their best in the quarter finals. Man of the match Guptill said he was glad to recover his form with the bat and praised Taylor for his support in the 3rd wicket partnership.

Thus New Zealand top pool A with 12 points after their 6th win! Bangladesh on the other hand, remain at no. 4 and will face India in the quarter finals on March 19 at the MCG. Their recent performances against England and New Zealand suggest that the quarter-final will be an absolute thriller. 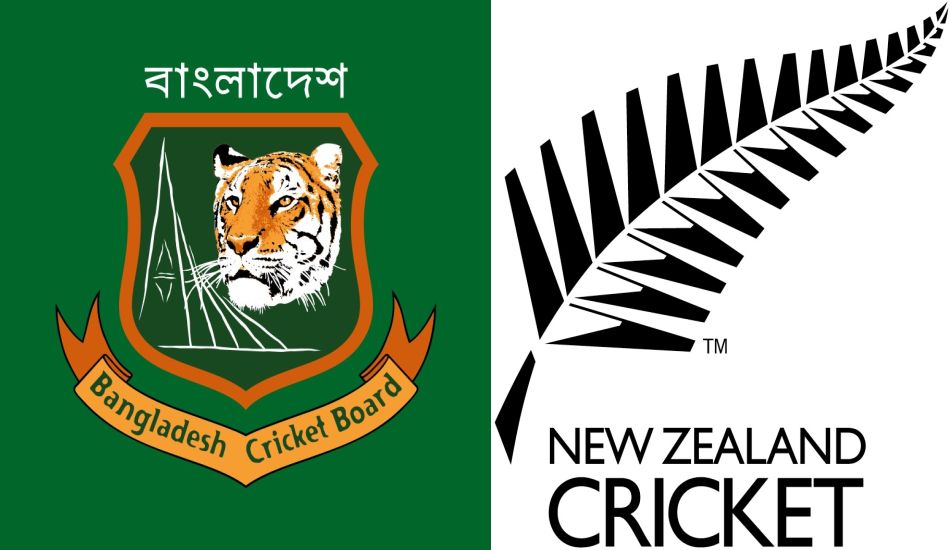