Jon Gruden has resigned as head coach of the Las Vegas Raiders in the wake of further allegations of offensive emails.

Jon Gruden stepped down Monday as the coach of the Las Vegas Raiders football team hours after The New York Times detailed emails in which he had made homophobic and misogynistic remarks. That news followed a Friday report from The Wall Street Journal that Gruden used racist language in a 2011 email when describing the appearance of DeMaurice Smith, the executive director of the NFL Players Association.

In the email reportedly sent during the 2011 lockout of players amid contentious contract negotiations, Gruden told Bruce Allen, then head of the Washington Football Team, that “Dumboriss Smith has lips the size of Michelin tires.”

Gruden apologised but said he did not remember writing the email about Smith.

In a statement on Monday night, Gruden said: “I have resigned as head coach of the Las Vegas Raiders. I love the Raiders and do not want to be a distraction.

“Thank you to all the players, coaches, staff and fans of Raider Nation. I’m sorry, I never meant to hurt anyone.”

DeMaurice Smith tweeted on Monday: “The email from Jon Gruden – and some of the reaction to it – confirms that the fight against racism, racist tropes and intolerance is not over.

“This is not about an email as much as it is about a pervasive belief by some that people who look like me can be treated as less.”

Gruden reportedly told team owner Mark Davis of his decision to step down in a face-to-face meeting. Davis wrote in a statement merely that he accepted Gruden’s resignation.

The New York Times reported that the NFL, in the midst of an unrelated investigation, flagged many emails written by Gruden.

He allegedly used disparaging terms while expressing opposition to women serving as NFL referees, the league drafting or including gay players and the player protests while the national anthem is played pre-game.

Gruden also allegedly used foul terms to describe NFL commissioner Roger Goodell calling him a “f****t” and a “clueless anti-football p***y”. He also claimed that Goodell should not have pressured Jeff Fisher, then the coach of the Rams, to draft “queers,” a reference to Michael Sam, a gay player chosen by the team in 2014. Sam was selected by the St. Louis Rams in the seventh round in 2014 but never played a regular-season game in the league.

ALSO READ:  Grab Life by the Horns: Matthew Stafford set to Dominate as a Los Angeles Ram in 2021

The offending emails were written during a stretch when Gruden was working for ESPN as an NFL commentator.

ESPN wrote in a statement on Monday night: “The comments are clearly repugnant under any circumstance.”

The Raiders currently employ the only active openly gay NFL player, defensive end Carl Nassib, who has 1.5 sacks in five games this year. When Nassib first came out as in June, Jon Gruden offered his support by saying “I learned a long time ago what makes a man different is what makes him great,”.

Although not with a team at the time, Gruden was still influential in the league and highly coveted as a coach. He had won a Super Bowl with the Tampa Bay Buccaneers following the 2002 season. 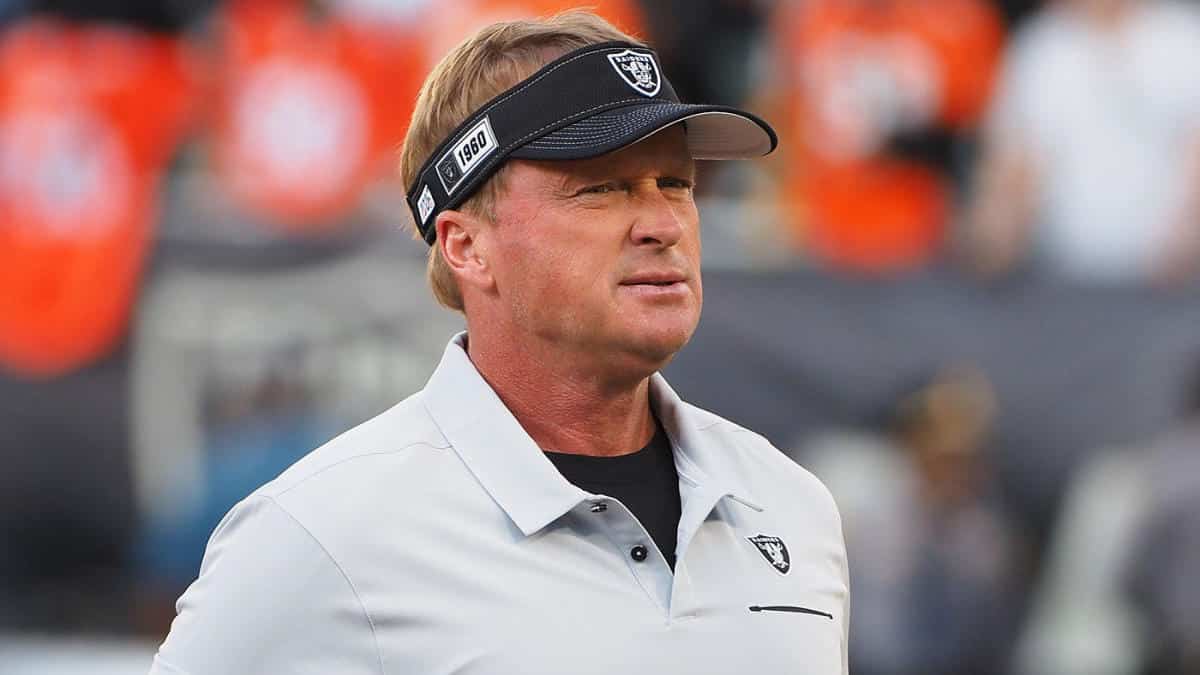